You wanted to work like men do, so get to work, bitches.

It isn’t very often that I start crying midway through an interview. I’ve interviewed Marian Baird, professor of gender and employment relations at the University of Sydney, so many times over the years. But those first interviews were always about how women could get back into the workforce after the babies arrived; and then, later, why and how childcare should be an important consideration for employers. I thought my days of writing about discrimination against women at work were more or less over. Battle for parental leave won. Carers leave, tick. Family violence leave, developing. The right to return to your old job, yep. Sexual harassment finally a serious workplace issue.

But Australian women have just been hit with another crisis – and Baird describes it as the nightmare that’s been waiting to happen. These women over 45 are finding themselves in the workforce for much longer than their mothers – yet the workforce has done absolutely nothing to accommodate them.
They want to look after their parents. They are desperately keen to look after their grandchildren (and recall how hard it was when they needed childcare). They must look after their own health and welfare if all this is going to happen. And if those pressures aren’t enough, we now find that over 300,000 women between the ages of 45 and 64 have multiple jobs in order to meet all these needs. And needs they are. This is not discretionary work. It’s enough to make anybody cry. 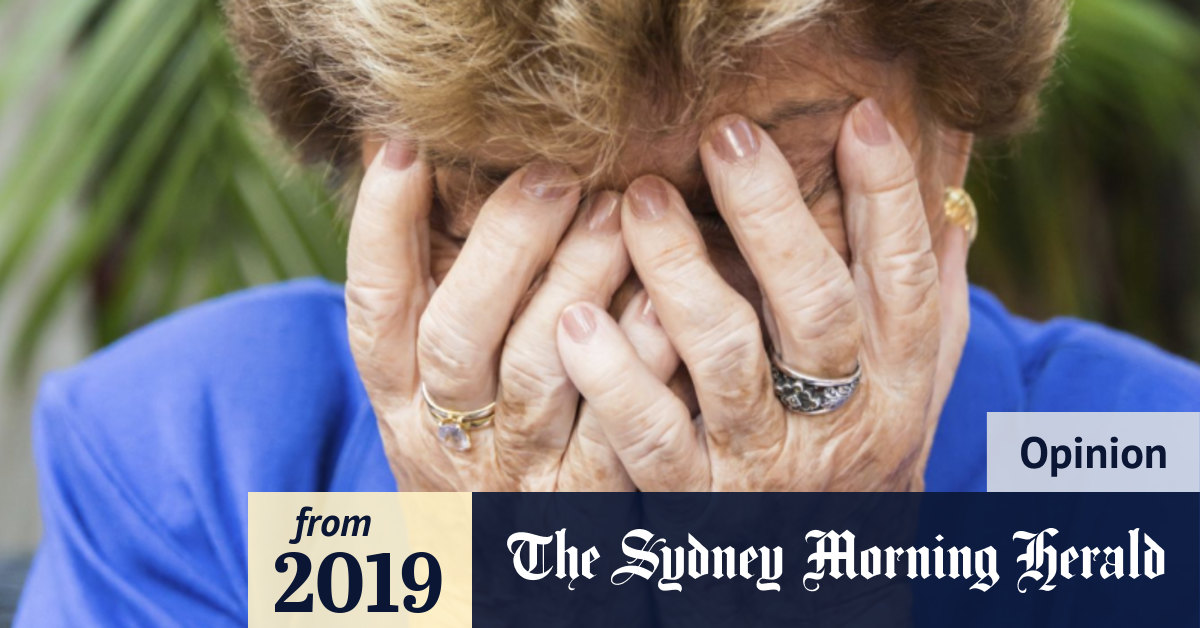 The nightmare that’s been waiting to hit Australian women

I don't usually cry at work but the crisis that has overtaken women my age would make anyone weep.

What a sob story. Be careful what you wish for feminists, it’s taken time but now you know. Working for a living sucks and if you choose career over family…well…your loss. This article just highlights the fragility of women and how men carried the responsibility for hundreds of years. Now women are being treated like men (like they wanted) and they start crying over it. Typical.

Congratulations feminists! You got what you wished for. Now hang in there, only a couple more decades and you can retire. Enjoy how shitty it is.

Welcome to working for a living ladies

You demanded it, you got it. The grass isn’t quite so green as you thought, is it? Tough shit, you’re now “equal and independent”, so shut up and get on with it. Men aren’t giving you a free ride anymore, you gave that up.

Thank you for being specific about the vitriol being aimed at feminists.

There are a lot of women, like myself, who loathe feminists and what they represent as well

Women fell for the biggest lie of the last three centuries.

They bought into the idea that it was better to be a wage slave than to be taken care of by men and have the time and means to take care of their families in turn.

Just to clarify, I’m not against women working in general or having a part-time career while they are raising children.

Sorry, you want to pursue a career just like a man who’s the breadwinner for a family, you’re going to be sacrificing a lot of things.

And one of the ironies in the economy is that, the more women go full-time into the workforce and abandon the responsibilities of motherhood, the more pressure other women are going to come under to also have to work full-time. We’ve seen how home prices in the cities automatically rise in correlation to the rise of the two-income-earner household.

So much more deserves to be said around this subject, but here is not the place.

I full-heartedly embrace women having a career, after the children have been raised. But even then women need to be aware of the dynamic that just naturally exists in a household, she’s likely going to be taking on double responsibilities both for a full-time job and keeping up the household. You can talk about “equality” all you want, but at the end of the day if you try to force an idealistic concept on reality, it could very likely make that relationship fall apart. So oftentimes a woman working full-time breeds resentment, as she then expects her man to take up the rest of the slack.