# The Next Housing Bust

The Supreme Court has determined that the Federal Housing Finance Agency (FHFA)—the regulator and conservator of the government sponsored enterprises (GSEs) Fannie Mae and Freddie Mac—was unconstitutionally structured because its director could only be removed from office for cause. The Court held in its June 23, 2021 decision that the constitutional issue could be resolved by striking the “for cause” language—leaving the FHFA in place, but headed by a director who could be removed from office at any time by the President.

Immediately upon the Court’s decision, the White House fired the FHFA director, Mark Calabria, and replaced him with a temporary appointment. Calabria had been following a policy of increasing the capital of the GSEs in preparation for privatizing them and reducing their risk to the taxpayers; his temporary replacement forthwith reversed course. Said Sandra Thompson, Calabria’s acting replacement, “It is FHFA’s duty through our regulated entities to ensure that all Americans have equal access to safe, decent, and affordable housing.”

This means a sharp change in marching orders for Fannie and Freddie—from a future as privatized companies to a future of being used to accumulate the risk of the government’s housing policies and increase the risk to taxpayers.

This sets up the conditions for the next housing bust. We have seen this movie twice before and know the ending.

The first time began in 1968 when HUD developed a “10-year housing program to eliminate all substandard housing.” Since there were then, like now, very large budget deficits, this program was implemented off-budget. The answer was the 1968 Housing and Urban Development Act, which had FHA insuring the 10-year plans’ subsidized single- and multifamily loans and Fannie funding them. Fannie was up to then a government agency with its debt on-budget. The 1968 Act converted it to an off-budget GSE. Now it was in a position to fund the largest expansion of newly built and rehabilitated subsidized housing in the nation’s history with up to 40-year fixed-rate loans. There have been only two years where privately owned single- and multifamily housing completions exceeded 2 million: 1972 (2.00 million) and 1973 (2.10 million)—when the population was 120 million and the number of households was 67 million, 36% and 48% respectively and smaller than today. As a reference, in 2006, at the peak of the Housing Bubble, there were 1.98 million completions.

In just a few years, HUD’s program turned into a disaster for cities and their residents, as described in the book Cities Destroyed for Cash: The FHA Scandal at HUD written in 1973. Detroit, Chicago, Cleveland, and many other cities never fully recovered from the effects of HUD’s scheme. By the early 1980s, Fannie’s investment in these loans had suffered huge interest rate risk losses that left it effectively insolvent. It was only able to continue in business given its GSE status and backing by the Treasury.

The second time began in 1992. Over the following years, the government forced Fannie and Freddie to reduce their credit standards so as to acquire trillions in risky loans under the rubric of affordable housing. The first of many trillion-dollar commitments was announced by Jim Johnson, Fannie’s very politically connected CEO, in March 1994. He vowed to “transform the housing finance system.” He did, but not in the way he intended. In 1994, HUD followed with its National Homeownership Strategy, about which President Clinton claimed: “Our home ownership strategy will not cost the taxpayers one extra cent.” A poor prediction indeed!

This government policy was pursued until 2008 through HUD’s authority to impose what were called “Affordable Housing Goals” on the GSEs. To meet ever more aggressive HUD goals, Fannie and Freddie had to continually reduce their mortgage credit standards, especially with respect to loan-to value and debt-to-income ratios. Instead of HUD’s strategy promoting homeownership, it resulted in some 10 million foreclosures and once again devastated our cities.

The full extent of the catastrophic credit risk expansion that took place has now been documented in a detailed analysis that researchers at FHFA and AEI released in May 2021. This is the first “comprehensive account of the changes in mortgage risk that produced the worst foreclosure wave since the Great Depression.” By analyzing over 200 million mortgage originations from 1990 onward, they showed “that mortgage risk had already risen in the 1990s, planting seeds of the financial crisis well before the actual event.” Average leverage and average DTI (the debt-payment to income ratio) on both home purchase and refinance loans increased significantly over the decade. Since Fannie and Freddie accounted for about 50% of the total mortgage market over the period 1994-2007, their complicity in the ensuing disaster is clear. The bubble’s inevitable collapse brought down many banks and other financial institutions, creating the 2008 financial crisis. In 2008 Fannie and Freddie were bailed out by the taxpayers and put into conservatorship, where they remain today, 13 years later. 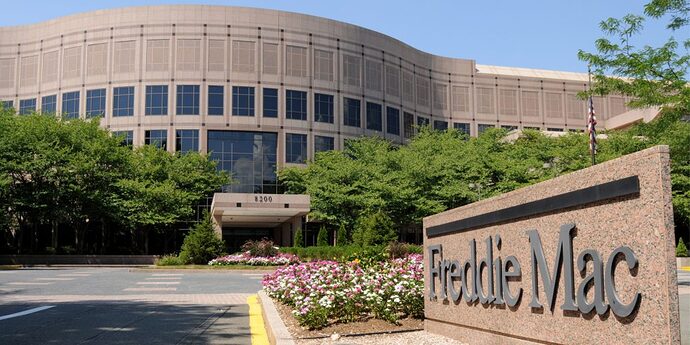 We do not have to follow the fatally flawed housing policies of the Johnson, Clinton and Bush administrations.

With tenants who won’t pay or leave, small landlords face struggles of their own - Portland Press Herald

A shame the Feral Government doesn’t get it.

I think they do.

There will be a lot of investment opportunities for companies like Blackstone to buy up properties for pennies on the dollar for cash.

They will squeeze out people like you and me by outbidding or first time home buyers who need financing.

He will pay a price in taxes but the upside is 2 less rentals. He will sell the remaining 3 as they become vacant.

No rentals for me.

The government/CDC should never have had a say in contracts between tenant and landlord.

I hope folks who lost their properties to deadbeats find a way to get them back.

I think rentals are still okay, just a matter of how the contract is written and background checks.

Thankfully the SCOTUS ended the rule of the CDC.

I don’t need the income as the stock market has been very good to me. I bet on Biden doing stupid things in energy and bought energy stocks when Biden was elected.

Won the grand prize energy stocks have soared. Multiple 6 figures. Half in my taxable account, yikes, taxes, half in the retirement account.

Good for you, Lou