The Never-Ending Threat of Civil War

We and the Left are now two nations within one country. This is undeniable. We are now so different that we cannot even agree on what a country is, or on the merits of a country having a border. The number of people who still say, “I just don’t care about politics” dwindles. It is still possible to hate both sides — but it is getting hard to be indifferent and still be breathing. How many people can just take or leave infanticide? How many people are entirely flexible about the idea of the government having authority over anything and everything, to experimenting with our fundamental demographics, or to giving up fossil fuels cold turkey?

The “news,” whether ours or theirs, focuses myopically on the daily round of legal wrangling that now completely lacks the power to resolve our differences. The law has degenerated into a mere procedural habit. Few people, and even fewer officials, were genuinely interested in whether Robert Mueller was pursuing the truth or not. The assumption, on both sides, was that he wasn’t. What matters now is simply which side wins. We won this round, but we should not read too much into that fleeting, rather technical victory. We delude ourselves if we believe that a report, a statute, or a ruling will make either of the two antagonistic nations abandon their respective causes. Both sides will continue to play the legal game only so long as they believe that the law can keep their adversaries at bay. If either side is ever proven irrefutably wrong in that belief, violence will follow soon after as the option of default. History screams this truth — even to those who are too deaf to hear it. Nations, distinct peoples with their own deep feelings of identity, do not consent quietly to their own demise.

While I personally would dance an Irish reel to see a nationwide roundup of errant Democrat councilpersons for the crime of declaring their cities exempt from federal immigration law, I know that this would be a revolutionary detonator for the Left. Many leftists would certainly decide to pursue their ends “by any means necessary.” Some of them have done so already. Just ask Steve Scalise. We have our breaking point, and they have theirs. Our two nations hang suspended over war’s abyss, kept in mid-air temporarily by a tug-of-war of pundits, politicians, and overpaid attorneys. Our “leaders” are not quite ready to repudiate the only instruments of power they know how to wield, but in their cynical maneuvering, they have broken the very foundations of the rule of law itself. We have seen the two-tiered legal system and found it unworthy of respect. We have watched in quiet horror as a federal judge in Hawaii stuck his dainty legal foot in front of Trump’s immigration order — but that’s exactly how the game is played. You and I hold our breath, waiting for the shambling Frankenstein’s monster of formalities to eventually keel over and drop dead. We wait for our side to finally draw a line and say, “Enough!” — or for their side to dig in and openly proclaim, “We won’t be bound by a constitution written by old dead white men anymore!”

Consider the National Popular Vote Interstate Compact that a dozen states have now passed into law. These states have agreed to sign their citizens’ electoral votes over to whatever presidential candidate wins the popular vote. In one sense, this may be constitutional. The framers allowed each state to determine for itself how its electors would be assigned. In another sense, such laws are clearly anti-constitutional. The framers quite explicitly intended to preserve the sovereignty of the less populous states, and a National Popular Vote Interstate Compact accomplishes just the opposite end. Such laws are nothing less than attempts by California and New York to nullify the interests of whole regions of the country. If the National Popular Vote Interstate Compact movement succeeds in achieving its golden number of 270 votes, will the state of Oklahoma, or Alabama, or Alaska, be content to have its votes made moot? At what point does such a clever lawyer’s trick make secession less objectionable than the alternative?

The abyss looms large beneath us. We are stretched closer and closer to our limits.

The people who are eager for a civil war are fools. They don’t understand the catastrophe they’re begging for. But the people who believe that a civil war is now a real possibility are neither fools nor wild-eyed alarmists. Moreover, the people who believe that, grim though the prospect may be, war might be the lesser of two evils have a daily strengthening case. The Left has shown itself to be dedicated to the destruction of Western civilization itself. We have not been faced with such an existential threat since European armies threw the Turks back from Vienna in 1529. The fascists of the mid–2oth century, for all their loathsome policies, were not the kind of threat to the fabric of our society that we face now. Bad as they were, they did not seek the destruction of Europeans as a people, or of European culture as a living, breathing thing. Progressivism does. What could be more worthy of, if you will forgive the word, “resistance”?

We conservatives have let this ideological cancer metastasize for far too long for its excision to be simple or painless. For too long, we have been patient with outrages we should have fought to reverse. We have let our opponents secede incrementally from us for decades. We have been tolerant and patient. In our tolerance and patience, we have given up our civil society, our political representation, and our freedoms one by one. Our maladies won’t be fixed by delicate adjustments now — half-heartedly performed by yet another generation of narcissistic government planners and invisible elitist bureaucrats. Intellectuals like George Will and think-tanks like the Heritage Foundation have done us little good. Our condition demands a radical, unflinching surgery if we, as a nation, are to survive. Either the cancer wins, and kills us all, or we defeat it — and we accept the scars. Let us not pretend they would not be hideous scars. And let us not pretend it would not be a deeply barbarous and bitter surgery.

The truth is that we, as individuals, have rather few decisions left to make. The titanic nations of the Left and right are rising en masse — flexing their muscles and snorting menacingly at one another. We cannot get out of their way. There is no safe part of the country, nor any genuinely safe haven left in any other country. This is a global conflict. We have run out of frontiers. There is only so much “prepping” one can do for an upheaval of this magnitude. We Americans have not seen such a calamity on our soil for six generations. What our ancestors knew, we have forgotten. The Civil War of our history has become a dim and comfortable myth. A new war leers at us like the devil, but we talk about it like a football game. We may learn as human beings have always learned — the hard way. 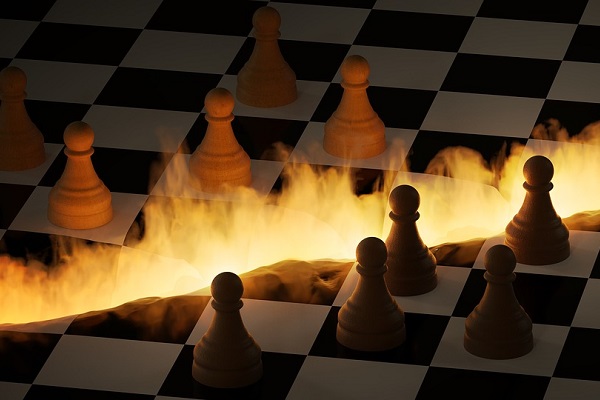 The Never-Ending Threat of Civil War

We and the Left are now two nations within one country. This is undeniable.

Who would’ve thought that the second civil war would be this hilarious? 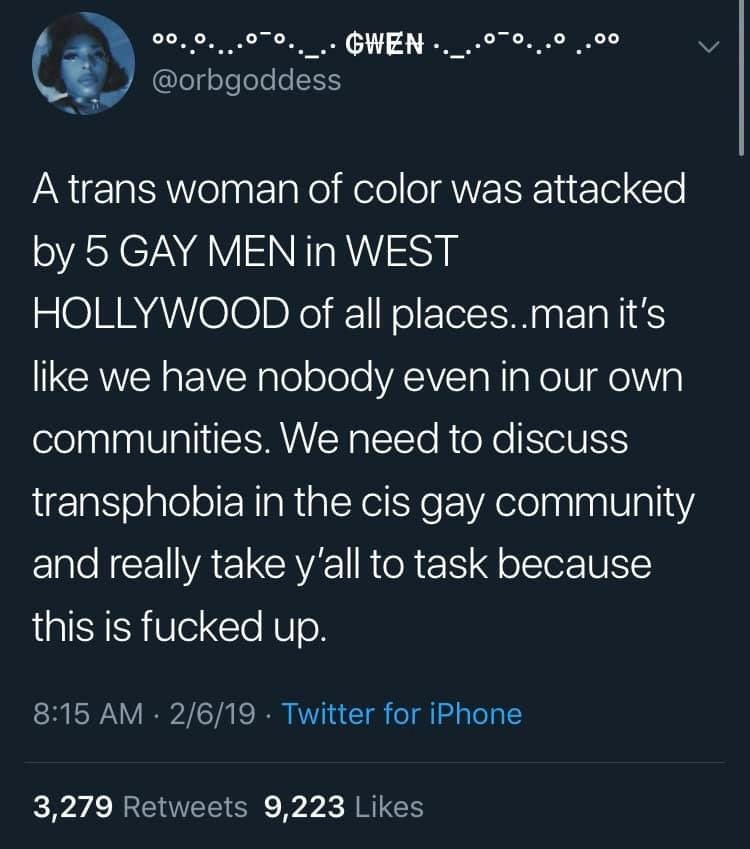 I’m not a fan of anyone who encourages civil war. The war we need to win is the war of ideas and if if our ideas are better we will eventually win that war.

If we can’t/don’t then we need better ideas.

Unless and until the other side resorts to violence we have no justification for turning to it ourselves.

Should it become necessary we have the people, the guns, the ammunition and the ideas to win but that should absolutely be the last resort.

Saturday night beat down of ANTIFA!

Our current politics is sometimes described as a “cold civil war. This is incorrect.

Our Civil War was fought to settle basic political and constitutional questions left unresolved at the Founding. But it was fought by two parties, in Lincoln’s words, “Both read the same Bible and pray to the same God, and each invokes His aid against the other.”

The parties to our current religious war most definitely do not pray to the same God.

Progressive politics is distinguishable from religious fundamentalism only in that it resembles a quasi-pagan hodgepodge of cults and deities. At its center is submission to the benevolence, wisdom, and sacred power of the State. There is a Cult of Equality and a Diversity Mystery Rite.

Then there is the rest of us.

Our Civil War was fought to settle basic political and constitutional questions left unresolved at the Founding. But it was fought by two parties, in Lincoln’s words, “Both read the same Bible and pray to the same God, and each invokes His aid against the other.”

The parties to our current religious war most definitely do not pray to the same God.

Progressive politics is distinguishable from religious fundamentalism only in that it resembles a quasi-pagan hodgepodge of cults and deities. At its center is submission to the benevolence, wisdom, and sacred power of the State. There is a Cult of Equality and a Diversity Mystery Rite.

The war we need to win is the war of ideas and if if our ideas are better we will eventually win that war.

If we can’t/don’t then we need better ideas.

The ideas are fine. The ideas have proven to work if you work them.

But that is not what a lot of these leftists are looking for. Globalism, open borders and socialism is what they want. No matter how good the message, it is going to fall on deaf ears.

It well may with many or most of them but not all. They’ve failed in their attempts to unseat Trump and have probably assured his reelection so they will soon be undone.

Once Trump gets his judicial picks put in place their base of power is defeated.

You left out Progressivism!

Socialism, Progressivism are all part of the larger construct of Marxism.

True. Eventually they all land you in the same place. Don’t leave out fascism though, they are all totalitarian states with the same goal, total control of “The People”.