The LGBT "Community" is a cancer 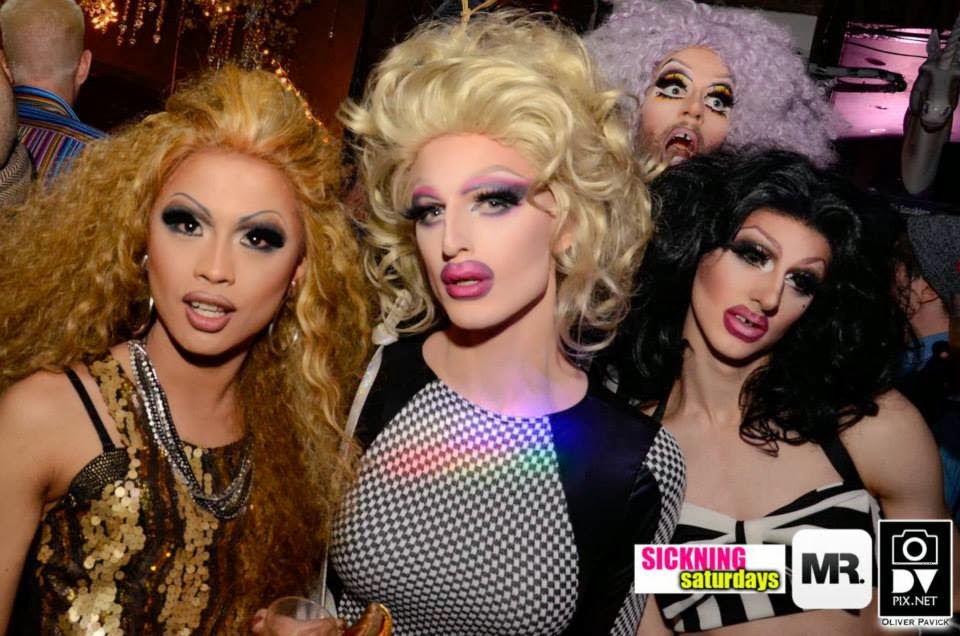 I don’t intend to offend anyone. I am saying about LGBT Community. I’m not talking about any singular person in particular, but the community and the concept of the community itself. If you are sensitive i suggest you do not continue reading.

Opinion: I honestly think it is the stupidest thing ever. It militarizes and corrupts people. And it would be better if instead we stopped segregation, and instead of allies it was friends. And here’s why:

As soon as you hear somebody say they “are” a part of the community. You already know what to expect from that person. Chances are they’re not thinking as an individual any longer, hence “are”. All of their thoughts and ideas are those of the “community”, and everything they say or do they do it (for (or)) on behalf of the “community” and its agenda, regardless of wether or not their acts are negative or positive, or give the “community” a negative image or a positive one. So long as in their minds they’re oppressed and think they’re doing the right thing the means justify the ends.

I get that orginially it was formed in a time when homophobia was common and gay people weren’t even allowed to marry. Under those circumstances it would make sense for those kinds of people to come together, and i guess it’s still okay if you want to consider yourself a part of the community, Lgbt still isn’t accepted worldwide, but don’t let it consume you. You can’t preach about tolerance and acceptance if you’re incapable of tolerating and accepting other people for being different or having a different political affiliation. Think and take responsibility for yourself. If you see stupid shit in your community, incitement etc. call it out or disassociate yourself from it. Cause it isn’t good, and all its gonna do is make you look bad as well.

You can’t preach about tolerance and acceptance if you’re incapable of tolerating and accepting other people for being different or having a different political affiliation.

This is not different it is an aberration.

If these folks want to form a community, I have no problem with it. More power to them. I hope they are happy and I hope they thrive.

Edit to add: I’m not sure why women don’t take offense to this. If they are a woman in a man’s body and need to express themselves as a woman, this is NOT how a woman looks. It is a disgusting characterization which I find demeaning and offensive.

It’s a statement designed to be controversial and confrontational, much the same as niqabs etc., It’s a ‘I’m different to you, and whaddya gonna do about it?’ challenge. Same as gay parades, also.

It went from “just leave us alone” to “accept our degenerate lifestyle, or else” really soon after gay marriage got passed. Now we get Drag Queen Story Hour at our public libraries and children being used as pawns in the globohomo agenda.

In alot of areas,the EXTREMISTS have taken control and the LGBT Community is another example. Most in this community only want to live their lives without being discriminated against. These EXTREMISTS don’t speak for the vast majority in the community.
How many accounts, teachers or lawyers that are gay or lesbian do you see PRANCING around in the streets nude ???
Unfortunately, they are also afraid to speak out.

God knows what the children make of these freak shows; how can undeveloped brains process this frenzy of hedonism. What on earth is it that makes parents take their kids specifically to watch this degenerate insanity?

Could you imagine what the holiday parades would look like??? Imagine these PRANCING ■■■■ in the Macys Thanksgiving day parade or the Tournament of Roses parade New Year’s day!!! Don Lemon, Anderson Cooper and Kathy Griffin could be the TV commentators. Imagine the souvenir hustlers selling butt plugs.What a family day that would be!!!

This happened here last weekend. I find it really funny when two such groups who demand tolerance clash with each other and are anything but tolerant. Feminists and trannies are funny to watch too.

The niqab-wearing woman was filmed screaming 'God made Adam and Eve' to a man draped in the LGBT rainbow flag during the rally on Hoe Street, Walthamstow, yesterday.

A good example of the clash of cultures, and it could catch on? There are two things which can’t be merged - religions and cultures - because the practitioners of one will always seek to dominate the other, and that’s when the shit happens.

LGBT is not the problem per se, because sick people always existed in our midst. As long as they know their place, that’s fine.

But the real problem is the parasitic mass media which does the advertising for them and the banking establishment that want to dumb down and bring down targeted countries.

You missed out a word there . . . targeted western countries? This mainstream media celebration and adulation of the ‘gay’ thing only applies in the west. Oh and Australia.

Nation states and western countries.
They don’t give a damn what happens in Nigeria or Singapore.