Finally what we all have been waiting for, THE NEW GREEN DEAL.

What’s in it?
Rebuild every single building in the U.S.
“Upgrade or replace every building in US for state-of-the-art energy efficiency.”

Will end all traditional forms of energy in the next ten years.
The Green New Deal is “a 10-year plan to mobilize every aspect of American society at a scale not seen since World War 2 to achieve net-zero greenhouse gas emissions.”

Plans to ban nuclear energy within 10 years if possible.
“It’s unclear if we will be able to decommission every nuclear plant within 10 years, but the plan is to transition off of nuclear and all fossil fuels as soon as possible.”

Build trains across oceans and end all air travel!
“Build out highspeed rail at a scale where air travel stops becoming necessary”.

“We believe the right way to capture carbon is to plant trees and restore our natural ecosystems. CCUS technology to date has not proven effective.”

Mandates all new jobs be unionized.
“Ensure that all GND jobs are union jobs that pay prevailing wages and hire local.”

May include cap and trade.
“…Cap and trade may be a tiny part of the larger Green New Deal plan.”

It won’t cost much:
No estimate of the total cost of implementing the Green New deal is offered by Ocasio-Cortez.
However, as Ocasio-Cortez admits, “even if every billionaire and company came
She does provide one estimate that the cost to “repair and upgrade infrastructure U.S. infrastructure” alone will cost “$4.6 trillion at minimum.” 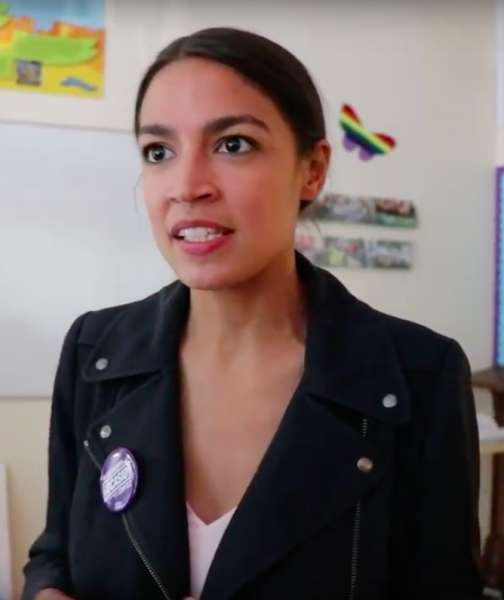 I didnt think anyone could be dumber than Bernie Sanders but we finally found a bigger kook.

Congrats AOC, you are it.

moron of the year.

If tou read about the ice melting in Antarctica, pay attention to whether they mention this.
https://www.antarctic.eu/2014/06/12/volcanic-activity-thwaites-glacier-contributes-melting.html

Alarmists are scared shitless that they wont be able to blame CO2.

Notice, for example how this article makes no mention of the volcanic heat. 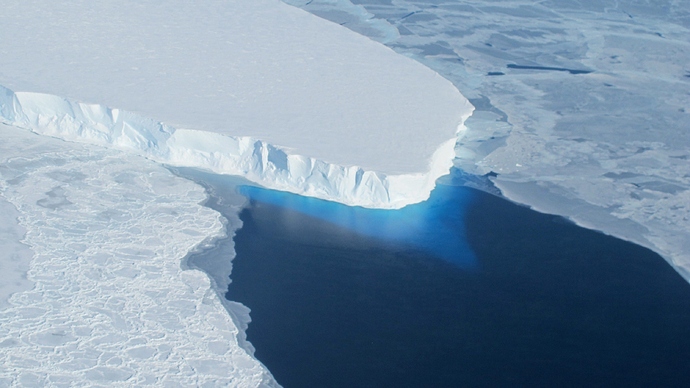 'Dangerous' Antarctic glacier has a hole roughly two-thirds area of...

Cavity roughly two-thirds the size of Manhattan is growing under Thwaites, described by scientists as world's most dangerous glacier, per a NASA study.

And if we don’t agree to her demands…then what?

I love the concept of trains across the oceans. Thanks going to be some bridge.

I love the concept of trains across the oceans. Thanks going to be some bridge.

I know, trains across the ocean, I wonder what is she going to with the somali pirate problem if this big bridge is going to be built or will it be built along the ocean floor, disturbing the plant life

A massive floating bridge…what materials are they going t make it out of? How will thy get i there?

All’s going to impact our environment

Not to mention is would require them telling us what to eat, live etc.

Complete social engineering to control people and how they think.

Talk about scary thought and Orwellian.

Think it will be high enough so ships can pass underneath?

Wonder if it will be Typhoon resistant.

Why do we need this level of paraphrasing when we can access and discuss the actual document? Here is a link that has that document:

There is no discussing anything with you.

The Democrats are blowing smoke as usual. First of all this new green deal is estimated to cost us between $2 Trillion and $5.6 Trillion.

Now Sanders wants Medicare for all. It’s exterminated to cost us over $32 Trillion. Add another $1 Trillion for free college.

Where in the blue blazes are they planning on getting this money?

What’s their to discuss?

It’s total and complete social engineering…and what if we the people don’t want to comply…then what?

I want to ask AOC will these trains be express trains from lets say L.A to Seoul

or normal trains with stops in Hawaii, Taiwan, Tokyo then Seoul?

If the trains breaks down in the middle of the ocean who fixes the train? do they come from America or the Asian country?

Im going to assume that all countries will be on board with the trains across the ocean, no jets, or gas type of vehicles?

And what if those other countries don’t comply?

What’s their to discuss?

It’s total and complete social engineering…and what if we the people don’t want to comply…then what?

Clearly the OP thought there was something to discuss. Otherwise why start a thread about it?

There is no discussing anything with you.

It’s your OP. Your choice. Not sure why you posted something you have no intention in actually discussing.

Is this just a point and laugh thread?

I can’t speak for OP but my take from it is shows just how absurd libs have become.

I can’t speak for OP but my take from it is shows just how absurd libs have become.

In fairness this is just a proposal of a small number of “libs” I am not sure how widely adopted this will be.

But maybe this is just a point and laugh thread? Idk

The US is beyond arrogant to believe the reduction of fossil fuel use in the US would affect climate change when the rest of the world does little. Instead they chose to damage the US economy, kill jobs all in the name of their agenda.

The amazing thing is the left does nothing to address world population growth which is the root cause. More people=more pollution.