The Future of America

The Future of America

The flurry of major media stories announcing that the Biden Administration has, at last, conquered inflation gives the sense of a rearguard action asking the American people to believe anything but their own lying eyes.

Food prices have skyrocketed globally because of Biden’s policies and demoRAT spending rising energy prices, increases that are imposing a heavy burden on poorer people around the world and threatening to stoke social unrest Food prices rose 9.6% since September 2020 Meat, poultry, fish, and eggs rose 14.5%, the most drastic increase among food items. Eggs rose 75% .

This brings us to the value of in-group signaling to them. For us, the great mass of ordinary Americans, the incessant birdshot-peppering of increasingly preposterous talking points of the day — “drag queen story hour is good for kids,” perhaps, or most recently, “your gas stove is killing you” — can seem a bewildering snowstorm of weirdly tactical pinpricks. For the regime and its defenders, however, they are marching orders to a swarm. That swarm, activated and directed, has the virtue of moving on command, turning on a dime, and given the proper objective, overwhelming its victims.

We can do better. The future of the Right, and therefore the future of America, is in coalitions**. It is putting America first.**

Can you post the link where you got this crap? You plagiarizer

America died when the Federal Reserve was created.
The Fed has been dictating the entire policies of Washington DC ever since. 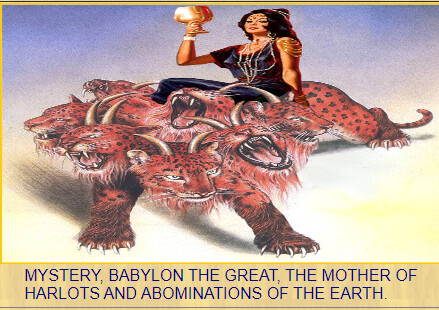 Solving the Mystery of Babylon the Great

In its capacity to fill one's heart with horror and wonder, it is clearly the most staggering prophetic image one can find in the entire Holy Bible - the Whore of Babylon. 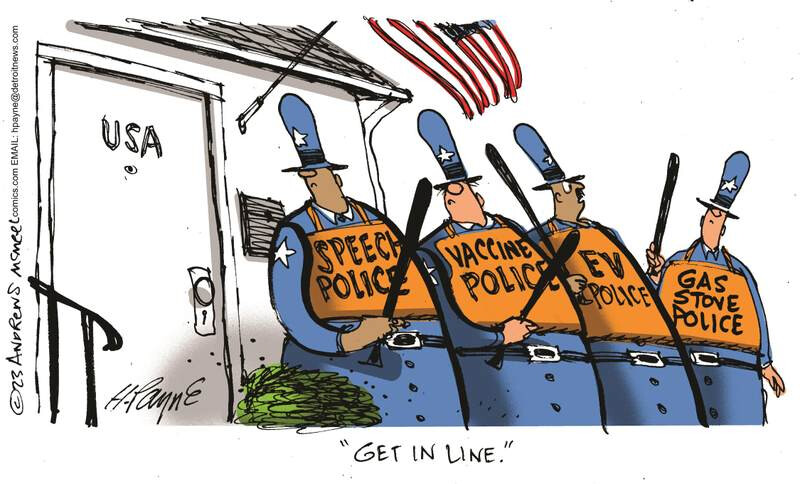 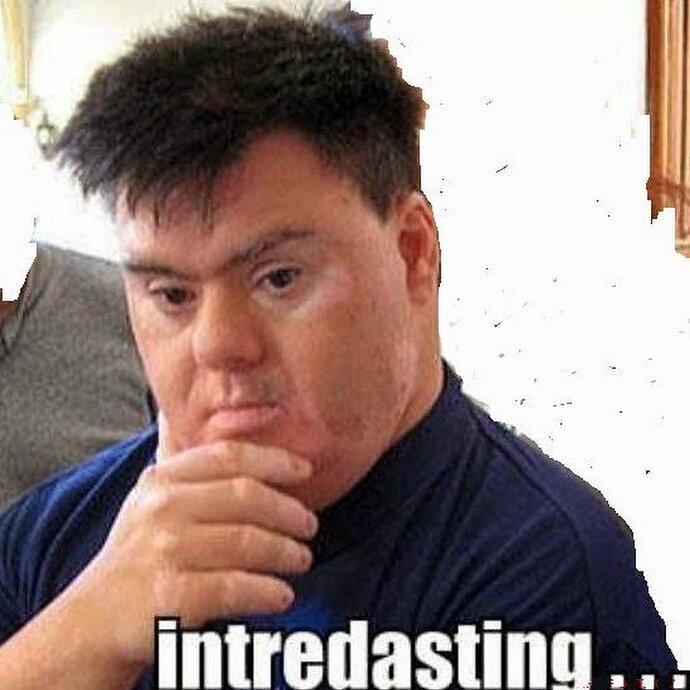 Victoria Nudelman is running America, not Biden.
And she can f-ck the EU too. Can you post the link where you got this crap? You plagiarizer

You bitch about not seeing the source others when you add the source.

Try reading the article instead of bitching constantly.

No idea what you just said lol

You bitch about not seeing the source others when you add the source.

Try reading the article instead of bitching constantly.

That moron fake wanta be tough guy is all bullshit like Trump same tired non-sense and infantile comments . This is a jerkoff that alters your posts and send you creepy private messages WHY ? I swear he has to be 8 years old and bullied every fucking day and this dumb shit is his only way of fighting back . The moron tries to claim he is fighting in a different foreign Country every other week and expect us to take him seriuosly , HE IS A FAKE TURD !!!

That’s unfair, he is likely a very genuine one

Coming from someone who consistently writes on a 6th grade level nor can write complete sentences not to mention being this sites serial plagiarizer! That is rich!

You have No evidence I ever plagiarized anybody.

“Life, Liberty & Levin” host Mark Levin issued a stark warning to voters on his show Sunday about the future of the country if Republicans do not regain control of Congress in next month’s midterm elections.

During his opening monologue over the weekend, Levin accused Democrats of “dismantling” the country with politics and programs that have threatened the United States’ longstanding foundational values.

“America is being destroyed. If you want to destroy America, then you vote Democrat because the Democrat Party has been unmasked. Its policies and programs are delusional and destructive, and they are dismantling the most fabulous nation on earth right before your eyes,” Levin told viewers.
Levin said the party has banded together in a concerted effort to destroy capitalism and implement a socialist economy.

“Capitalism stands in the way of a planned socialist economy, which they support, so they seek to deconstruct capitalism,” he said. “In order to fundamentally transform America, you must seize power by perverting and sabotaging our Constitution, legal and voting systems. That’s what they’re doing.”

He continued, “The American people have not knowingly or voluntarily surrendered their liberty, property, society and Constitution to the reprobates and malcontents within the Democrat Party and who are among us. It’s a slow process, and it’s packaged in deceit and propaganda and lies. You are said to be the beneficiary of these designs when in fact you are the targets. The Democrat Party doesn’t seek to improve society. It seeks to destroy it than replace it.”
The influx of violent crime, soaring inflation rates and the ongoing migrant crisis are all the results of failed Democrat policies that have taken a toll on families across the country, Levin said.

“The country is in decline, not because the American people want it,” he told viewers. "With massive inflation, with the dollar being destroyed. With the borders wide open. With massive crime taking place in our streets. Disrespect for police, the undermining of the United States military inflation, economic conditions through the roof. These are all decisions that have been imposed by the Democrat Party, not foreign powers, not Russia, not Ukraine, not Saudi Arabia, but Joe Biden and the Democrats. "
Addressing voters directly, Levin continued, “If you want to save the country, if you want to begin the process, we hope, of reversing course, if you want to improve your lives, if you want to protect your family,” he said, “whatever you do, don’t vote Democrat.”

If there is some good news out there, count on some leftists to come along and take a huge dump on it. It’s what they do – they are the nail in the tire of your homecoming float, the rock you twist your ankle on while taking the field for the Super Bowl, the open-mouth belch during a moment of silence. Only miserable human beings could be such a destructive force every single time there is something that could actually unite Americans, because unity is kryptonite to the progressive movement.

Honestly, if 9/11 happened today it would take about 5 minutes before some rabid Squad member took to the floor of the House of Representatives to blame an old Trump tweet or something from the Reagan administration as justification for the attack. “What did we expect when we support Israel so fervently!?!?” they’d say. How long before some conspiracy theorist on MSNBC delivered a 20-minute monologue based on a tweet from an account with 3 followers and 7 numbers in its nonsensical name claiming to have experienced some kind of micro-aggression while eating a falafel on the streets of New York and how this is what you get with Kevin McCarthy as Speaker? Maybe the next night?
Democrats can’t let people simply be people, they need us to be groups; groups that can be manipulated to do whatever best suits their needs at any given moment, and any people hurt in the process are expendable.

After the death of George Floyd there really wasn’t anyone saying the video was really nothing. People saw that long video and were horrified that someone would just sit there for that long on top of a handcuffed man. That didn’t help Democrats, so the division soon started.

“White cops kill another black man” or “This is how police treat minorities.” How many times did you hear about “white privilege” that week? A digital counter for that would make the national debt clock look slow. (Ever hear of Tony Timpa? He died the same way George Floyd did – on camera, saying he couldn’t breathe while a cop sat on him – only 4 years earlier. Tony made the classic mistake of being white, so the CNNs and MSNBCs of the world didn’t bother reporting on it. The guy who sat on him as he died got promoted last year. Maybe Tony should’ve engaged his “white privilege” or something?)
You were either outraged to the point of taking to the street and, just coincidentally, voting for Democrats, or you were the problem. Not a part of the problem, the problem.

If you were white you were guilty, and if you were black you were expected to be angry. If you weren’t, well, you were worse than white.

The country could have united behind many needed reforms to policing and how people taken into custody should be treated. Instead, we got “defund the police” and “all cops are bastards,” followed by months of “mostly peaceful riots” and the destruction of black neighborhoods and business while “Black Lives Matter” grifters became rich real estate tycoons. Literally the only lives made better through that summer were Democrat politicians and progressive activists who were good at fundraising from idiotic “woke” corporations.

Wealthy, wine drinking, Pilates-doing suburban white women, who wouldn’t even consider driving through the destroyed black neighborhoods in daylight before the riots, opened another bottle of Piot and celebrated their absentee ballot-casting for the very party responsible for the destruction as some sort of accomplishment for people have convinced themselves they’re the only hope for. The White Savior Complex in Spanx.

Meanwhile, Democrat Party leadership takes a knee in the Capitol rotunda while culturally appropriating clothing they remembered from an old episode of the Cosby Show and lecture everyone who’d done nothing wrong about how they are the problem in the country.

America is gone in some of the largest cities in America, California is gone, historic places like Philadelphia and Boston are gone. Wake up this is war, stop finding the government, let us lose every election. When the shit hits the fan we win. Let the shit hit the fan

The country is in decline, not because the American people want it,

Yet they elect and re elect people who put us here today.

After the death of George Floyd there really wasn’t anyone saying the video was really nothing. People saw that long video and were horrified that someone would just sit there for that long on top of a handcuffed man.

Like the recent death of this guy in Memphis, I waited for awhile until I saw a lot of evidence - and in the case of Floyd it began to look a lot less open-and-shut. But the narrative is set, and even guys like you are going along with it. By the time the whole story is known, there will have been no questions about the conclusion being agreed and set in stone.

Floyd was a big brute, feeling no pain, and probably would scare most of us if he was being agressive. I’d have made sure he was absolutely no threat and I don’t think a knee on the neck is such a bad idea, if he’s resisting.

Despite these pictures of this Tyre guy all smiling and innocent, my propaganda alarms are going off and I think that there’s alot more to be known that’s being intentionally ignored. Maybe it was just an unprovoked brutal beating, but my guess is that he did, and continued to do, something to deserve it. By the time that kind of evidence arises, the cops will be all but convicted and Tyre will be another martyr for police resisters everywhere.

Amazing how the do not report who the officers are. 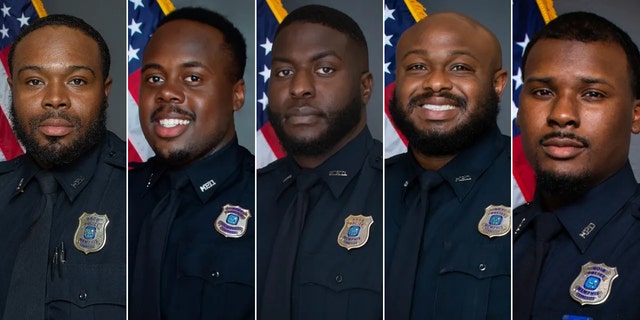