The feminist meme: The loneliness of having NO ONE who needs you in old age

It’s simple, really: you dont sacrifice parts of your lives for your children and/or husband, you don’t get to have them in your life, sacrificing parts of their lives for you. An “empowered” choice, as they put it, takes strong individuals to face.

It’s a difficult position to be in, as anyone living it will attest.

But, recently, I received a message from a woman whose situation is the precise opposite. And yet her burden seems so much heavier.

Cathy is both childless and parentless. She describes a nebulous sense of passing through life untethered — with nothing to properly connect her to the Earth. ‘I’ll never have children now, and with my parents gone, I am without roots,’ she writes. ‘It’s almost as though I could float up from the ground and disappear. Some days I feel that, if I did, then nobody would notice.’

Cathy, who is 54 and single, explains that this crisis was triggered at her great-niece’s christening. Overwhelmed by memories of her mother’s funeral, at the same church last summer, she stepped outside to compose herself and to visit her parents’ grave.

‘What a mistake that was,’ she tells me. ‘One epitaph after another paid tribute to loving mothers and dearly missed grandparents.

‘I found myself comparing the graves that were cared for with those that were overgrown, and a terrible sadness came over me.’

Since then, Cathy, a medical secretary, has been tormenting herself with the same soul-destroying question: ‘Who will tend my grave when I’m gone?’

She says she feels the agony of being a childless orphan — albeit a middle-aged one — more keenly than ever. ‘I don’t know what I’m supposed to do with myself,’ she says. ‘When Mum was alive, I’d help with her shopping and cleaning. When she became ill with cancer, there were hospital appointments and lots of stuff to manage at home.’

Meanwhile, her friends and colleagues complain of being run ragged by recalcitrant teenagers and increasingly dependent elders. ‘I listen,’ says Cathy. ‘I nod my head, but I’m unable to relate. Their stresses leave me wondering: “What’s the point of me?” ’

What desperately sad words. And, as I told her in my reply, she is not alone in feeling like this.

Instead, they feel horribly out of step with their peers: alone, untethered and lost.

It’s such a basic human instinct to want to be part of an on-going family chain — but these women feel themselves to be the Solo Generation, their bloodline cut off both above and below them.

Cathy’s grief is what psychologists call ‘disenfranchised’ — that means it isn’t particularly acknowledged by society. This is because her circumstances can be misinterpreted as a dream ticket of sorts, especially in our freedom-focused modern world.

Some assume women like Cathy are lucky to be utterly unencumbered, while still young enough to enjoy the liberty that brings.

But that’s losing sight of just how much a woman’s identity is tied up with caring roles. 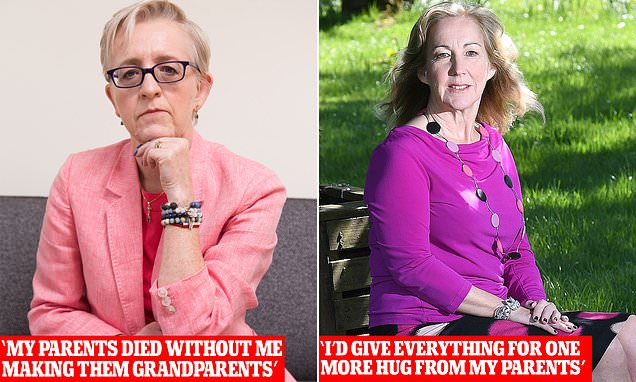 The loneliness of having NO ONE who needs you

Psychotherapist Jody Day, explored the grief felt by women who find themselves in the Solo Generation. Lesley Pyne , 57, who recently lost both of her parents endured six rounds of IVF.

If you spend your life being a self centered hate filled feminist you will die lonely and deservedly so.

Hell, most of them also live lonely lives

With about 50 cats roaming their urine smelling apartments!

Lonelier once you passed the wall.