The Fallacy of MMT

The real issue and the reason why proponents of MMT believe they can get something for nothing: there are idle resources, assets that are not currently used in production processes. Because those resources are not productive, government’s deficit investments will incentivize those sitting on the resources, whether individuals or businesses (or government agencies?), to surrender them to the productive efforts so that society can make productive use of them.

But this poses several problems that those arguing for MMT seem unaware of. First, that idle resources are not actually just sitting there, but are idle for a reason. They are idle because this is what their owners consider to be their highest-valued use. It is a mistake to assume that an asset that is not right at this moment used in some production process is not part of a greater production plan. In fact, most production includes some degree of waiting, maturing, or search for the proper timing.

Consider a newly distilled whiskey that sits “idle” in a cask for a decade. This is not waste, but part of the production process of ten-year-old whiskey, which is a different good with much greater expected value to consumers. Production takes time, which means we cannot at any specific moment determine what would be the best use of resources. This includes resources that do not appear to be used at all but are in fact owned and therefore directed toward some end. Timing is an important aspect of production that proponents of MMT, in their urgency to maximize only the present, fail to realize. Much entrepreneurship fails not because there is no value in what they offer but because the timing is not right—they are either too early or too late.

It is also true that we want resources to be held in reserve for future uses. If we use everything to 100 percent in the present, there is no possibility of attempting new and more valuable productions. After all, government investments in infrastructure (or anything on the MMT wish list, for that matter) are not an effective way to generate innovations. Valuable innovations are created by entrepreneurs seeking new ways to satisfy consumers and thereby earn profits. MMT’s shifting of resources toward public works means we may not get the solutions to those grand challenges that we have no solutions for today. The quest to maximize the present, whether or not it turns out successful (and it likely will not), sacrifices both the near and distant future.

[W]e are dealing with a process whose every element takes considerable time in revealing its true features and ultimate effects, [so] there is no point in appraising the performance of that process ex visu of a given point of time; we must judge its performance over time, as it unfolds through decades or centuries. A system—any system, economic or other—that at every given point of time fully utilizes its possibilities to the best advantage may yet in the long run be inferior to a system that does so at no given point of time, because the latter’s failure to do so may be a condition for the level or speed of long run performance.

I doubt Schumpeter’s genius will sway any proponent of MMT, however. To them, nobody is alive beyond the immediate present.

An this is why Biden ad democrats believe debt doesn’t matter and wasting 5 trillion isn’t a bg deal and there are no consequences. 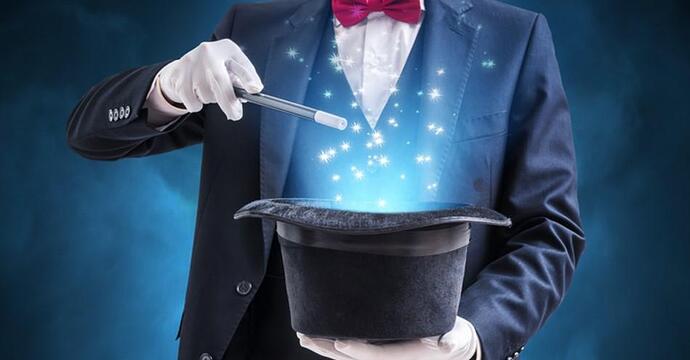 The new kid on the economics block is something called modern monetary theory. The name is new, but the "theory" is not. Proponents adamantly claim that it is both new and a theory of economics. To make it appear this way, they dress the ideas in...