Holy moly! You can’t get more direct on this little exchange that happened a few days ago! I wonder how long it takes before this is taken down? 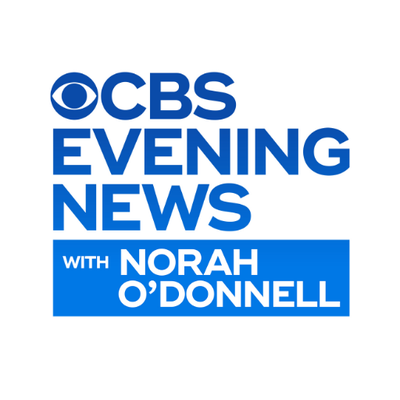 George Kent: "To summarize, we thought the [CEO of Burisma] had stolen money. We thought a prosecutor had take an bribe to shut the case." GOP counsel: "Are you in favor of that matter being fully investigated and prosecuted?" cbsn.ws/2Qf0y71 https://t.co/RybEdDQuZN

George Kent: “To summarize, we thought the [CEO of Burisma] had stolen money. We thought a prosecutor had take an bribe to shut the case.”
GOP counsel: “Are you in favor of that matter being fully investigated and prosecuted?”

Who, in Heaven’s name, would trust their government in the hands of clowns like these that couldn’t figure this out BEFORE they took the country down this stupid, predictable path???

Could it be the moment they put Shifty in charge?

Before Russiagate collapsed, Schiff claimedto have seen “ample evidence of collusion in plain sight.” That assertion turned out to be a cynical lie, of course. Then, when an anonymous bureaucrat filed a complaint concerning President Trump’s conduct during a July call with Ukrainian President Zelensky, Schiff emphatically stated that neither he nor his committee had prior contact with the “whistleblower.” This misrepresentation was too much even for the Washington Post , which awardedhim four “Pinocchios.”

I’m thinking that ALL of them are too dim witted to lead our country if they allow him and any of them to do as they have.

Could it be the moment they put Shifty in charge?

Probably but this moment was a defining one, hence the tagline: “the moment impeachment backfired on the Democraps!”

Actually the very day those kookaboos brought up impeachment is when it began to backfire. You know, the 100 yard dash for people with no sense of direction. What a hoot. Like a poorly written Off Broadway production.

I love the opening statements, we didn’t come to Washington to impeach the president.

The idiots began talking impeachment the day after the election.

Guess they believe the entire population is stupid.

The preparation for impeachment began before the Inauguration.

The call to impeach came 19 minutes after being sworn in!

The campaign to impeach President Trump has begun

Protesters broke out in chants against President Trump during his swearing-in ceremony on the U.S. Capitol. (Claritza Jimenez/The Washington Post)

At the moment the new commander in chief was sworn in, a campaign to build public support for his impeachment went live at ImpeachDonaldTrumpNow.org, spearheaded by two liberal advocacy groups aiming to lay the groundwork for his eventual ejection from the White House.

The organizers behind the campaign, Free Speech for People and RootsAction, are hinging their case on Trump’s insistence on maintaining ownership of his luxury hotel and golf course business while in office.

Ethics experts have warned that his financial holdings could potentially lead to constitutional violations and undermine public faith in his decision-making.

Their effort is early, strategists admit. But they insist it is not premature — even if it triggers an angry backlash from those who will argue that they are not giving the new president a chance.

That was the battle cry.

They arranged for the Mueller investigation sure they would find impeachable offenses which turned into the famous nothing burger.

And onward and upward with the complaint filed by an unknown source filled with second and third hand information.

Now we have him. So far not 1 credible witness to the event, just more second and third hand claims.

They know this will go nowhere hour it will further inflame their base and perhaps
swing a few people that listen to the media who want Trump gone.