The Duplicitous and Treasonous snake Known as General Milley

Senator Grasserley recently spoke at the lectern urging General Milley to answer for what he had describe what he had claimed in a book written by Bob Woodward and Robert Costa titled “Peril.” In this book as Milley is quoted several times in relation to using back channels to China, and advising Military leaders about not listening to Trump, including calling Trump mentally unstable, thus Grasserley interprets as unsurping power from the President of the United States, (at the time that would of course be Donald J. Trump)

By now we have heard of this story some 9 months ago, however Milley has yet to respond upon requests from several members who serve on the defense committee oversight including Grasserley who have sent several letters to Milley requesting an answer regarding what the book is claiming but to no avail Milley has failed to respond.

Sen. Chuck Grassley (R-IA) and Rep. Jim Banks (R-IN) called on Chairman of the Joint Chiefs of Staff Gen. Mark Milley to honor his word and stop dodging questions about allegations in Bob Woodward and Robert Costa’s book Peril that he usurped President Donald Trump’s power as commander in chief after the Capitol riot on January 6, 2021, in violation of the law.

“Milley allegedly placed military hands — his hands — on controls that belonged exclusively to the president. According to Peril, [he] summoned senior operation officers in the military command center to his office,” Grassley said, adding, “He had them take ‘an oath’ not to ‘act’ on the president’s orders without checking with him first,” Grassley said.

These brazen words and actions, if accurate, strike at the heart of our democracy civilian control of the military. They turn this guiding rule upside down and show utter contempt for the commander-in-chief coming from the nation’s top general. They are dangerous and contrary to military code 10 US Code 888. 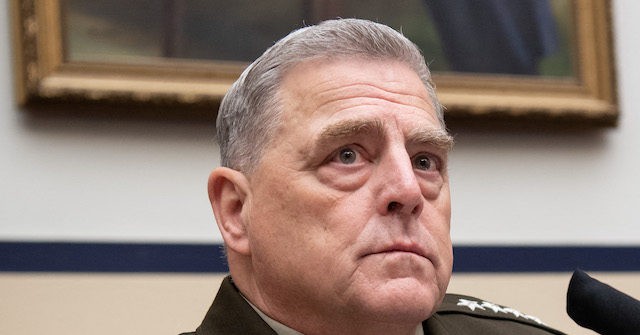 Grassley and Banks called on Milley to stop dodging questions about allegations that he usurped then-President Donald Trump's power.

According to Peril, Milley was worried that Trump could “go rogue,” and he called a secret meeting on January 8 with senior military leaders. During that meeting, Milley instructed senior military officials in charge of the National Military Command Center not to take orders from anyone unless he was involved.

“No matter what you are told, you do the procedure. You do the process. And I’m part of that procedure,” Milley told them, Woodward and Costa wrote. “Milley considered it an oath.”

The book also revealed that Milley had two back-channel phone calls with China’s top general to reassure him that the U.S. would not attack, even promising to give him a heads-up if it did. According to a writeup by the Washington Post, Milley — four days before the 2020 presidential election — assured his Chinese counterpart, Gen. Li Zuocheng of the People’s Liberation Army, that the U.S. would not strike.

Video of Grasserley going on the record regarding this issue with Milley. One thing that is pretty obvious is that if one had integrity and if the allegations being cited in the book were untrue then most people would act immediately to have the content retracted in some form or another, either by legal means, public statements or both. Milley has done neither which must mean that what is being alleged is true. Which also means that General Milley is fking scumbag and should face severe consequences for his actions. 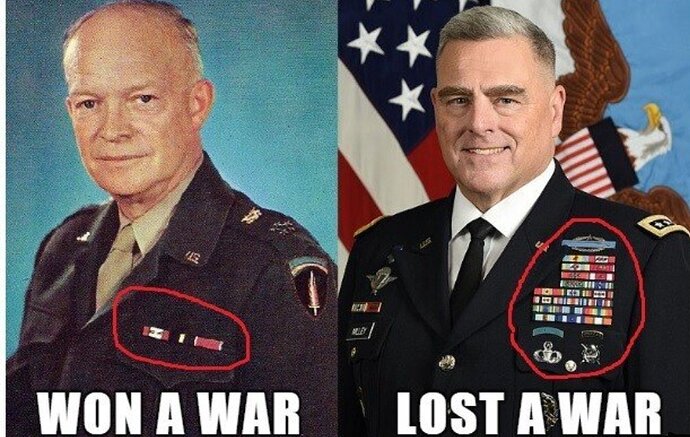 Unfortunately Trump surrounded himself with back stabbers and turncoats .

That maybe true, but what Milley did should never under any circumstances be acceptable even if it was Obama. Milley needs to pay the consequence for his actions, otherwise it sets a precedent for others to do the same and that is extremely dangerous in bringing about the next step in destroying our country.