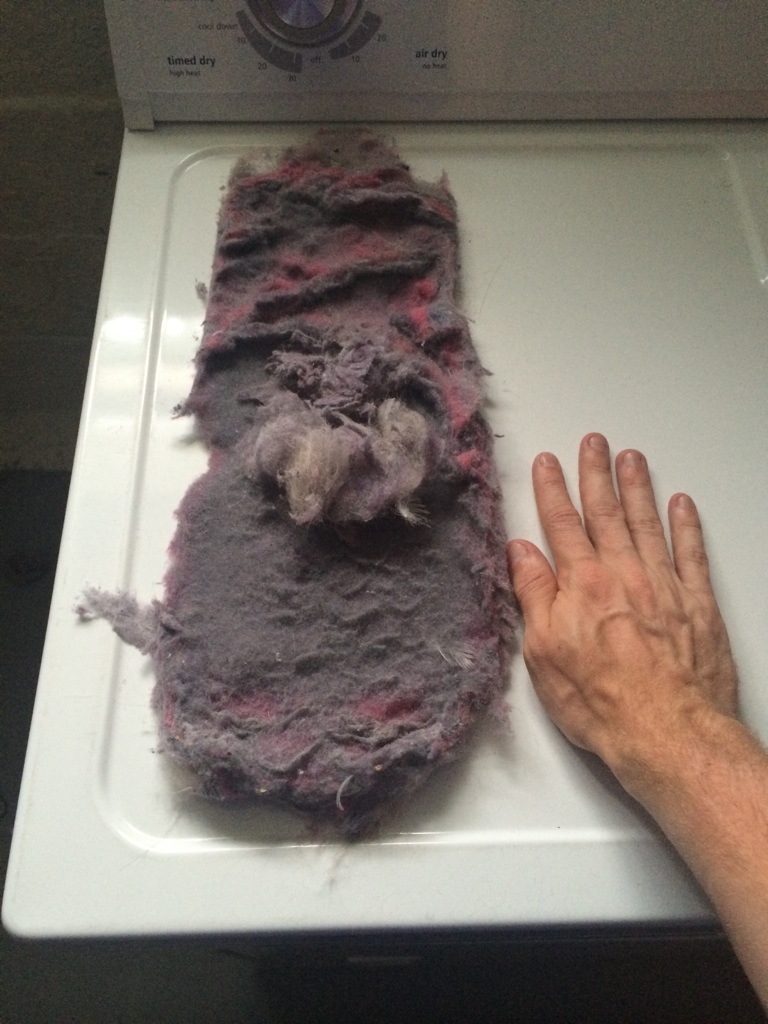 On average, you consume between 74,000 and 121,000 microscopic pieces of plastic every year. Probably much more. Where does it come from?

According to new research from Penn State Behrend chemist Sherri Mason, 60 percent of the microplastics in our freshwater comes from laundry lint making its way from your washing machine through wastewater treatment plants. From American Scientist:

As we clean our clothing, sheets, and towels, tiny threads—commonly called microfibers—break off and wash away. To better understand how microbeads and microfibers—collectively making up microplastics—move through the Great Lakes and other freshwater systems, we wanted to understand whether they are removed at wastewater treatment plants.

After collecting and analyzing 90 samples taken from 17 different facilities across the United States, we confirmed that microplastics travel through wastewater treatment plants. On average, each wastewater treatment facility was releasing more than four million pieces of microplastic into U.S. waterways every day: 60 percent fibers, 34 percent beads, and 6 percent films and foams. With 15,000 such facilities in continual operation around the United States, billions of microplastic particles are finding a pathway through our wastewater from our homes to the fresh water we rely on.

So what is the solution here? Are we all supposed to do less laundry to save the planet

This seems like something that can be addressed at the wastewater treatment level. I imagine there are filtration system that can remove micro particles. My home water filter can do it.

I always thought laundry lint was cottons so I am not getting the connection with plastics unless people are drying stuff like synthetics like nylon.
The simple solution is to hang dry the synthetics, they usually dry in a matter of a couple of hours and will save energy. The rest can be hang dried in warmer months too! As far as washing, the washing machine have lint traps that need to be cleaned regularly, and I know a lot of people let that stuff go for months before realising they need to be cleaned more frequently! Also a weekly rinse cycle with a detergent for cleaning and doing a good flush on the machines is also healthy for hygiene and good maintenance of the machine itself!

I always thought laundry lint was cottons so I am not getting the connection with plastics unless people are drying stuff like synthetics like nylon.

If you wear, wash, and dry Polartec fleece then you are part of the problem.

Hand washing in a bucket I suppose.

If you have pets probably 90% will be dog/cat hair.

It’s more alarmist BS, petroleum is natural and the seas are replete with hydrocarbons from natural seeps.

Not sure if it helps, but for years have had a screen in my drain in the laundry sink, and have panty hose on the wash drainpipe…also have a septic tank it drains into

8 watersheds within 10 miles of me. All on top of the mountains. As clean as it can get in my area. Originally built by coal companies as washery dams; but turned over to the local water authority. All have big healthy trout, and trout are about the most sensitive fish. One allows fishing; but they do have serious regulations. The others will land you in prison for trespassing.

Just get rid of fake clothes and have better dryer filters.

Save the lint for kindling for the fireplace and barbecue grill. It tends to be highly flammable, especially the cotton and wool.