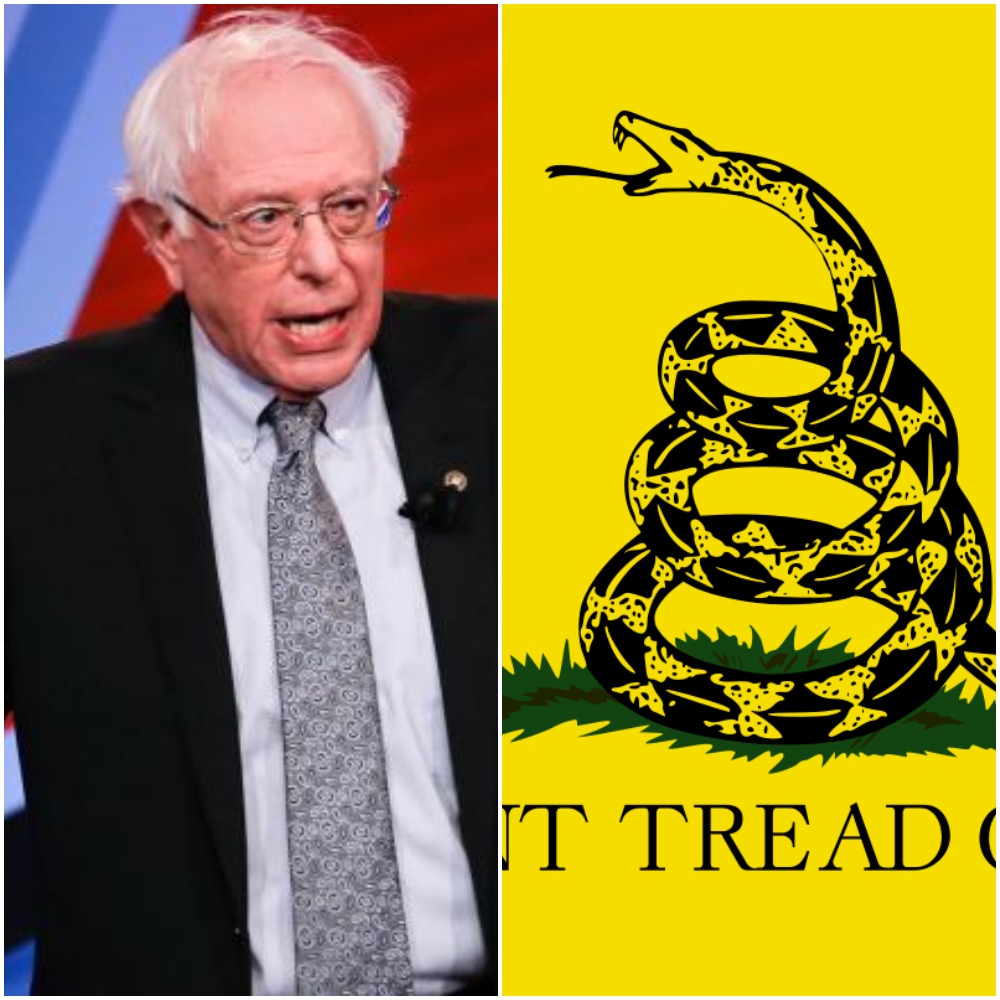 So when Bernie Sanders says he’s for easing drug laws, reducing drug sentences, auditing the fed and has forever been against interventionist and reckless foreign policy he gets the “not very serious” liberal label. But Rand Paul, and his father Ron Paul, often made similar arguments which were chalked up to good ole fashioned libertarianism. You know the types, the Very Serious liberty loving fiscal conservatives.

I’m just curious as to why both Rand and Ron Paul get a free pass on this type of commentary. As does the GOP when they occasionally go down the same road as party.

If when Dems say something oh so very crazy like we shouldn’t be bombing people into supporting us and then calling it democracy, the media immediately jumps on the liberal socialist hippy line. There’s no differentiating with the Dems and the liberals or whatever. But when Republicans say the very same stuff, they not only get the Very Serious Libertarian treatment, they get placed into a whole other political party. The GOP doesn’t get to own its “crazies” but liberals do.

So how is one a liberal for saying it and the other a libertarian? In all honesty, Rand Paul is no more libertarian than Ralph Nader. He just gets to play one on TV and we all get sucked into it.

Interesting observation. Libertarianism is basically anti-Protectionism, and therefore anti-American. They believe in open borders, “free trade” and usury. The connection between libertarians and leftists is real.

Liberal and Libertarian both start with Lib.

Yes - that’s true. Care to expand your thought a little further here? I put work into the OP and would appreciate if those who take the time to reply would do the same. This isn’t a thread about the English language and root words.

Care to expand your thought a little further here?

Not that one, no. I try not to ramble on after I’ve already made my point, though I am still pondering your OP. Posting to a thread subscribes me to the notifications.

I think the issue here is that people get much more coverage when they play against then when they play with it. That is why people treat it as such a big deal when (for example) Bernie Sanders speaks out against the Democratic agenda, but don’t hype the comments when someone like John Cornyn does. This is typified by the old expression: “Only Nixon could go to China.” The idea being, Nixon was such a rabid anti-communist, only he could go to China without fear of being branded soft on the reds.

But what you’re saying speaks to a broader frustration I have had for years with both Rand and Ron Paul that I desperately want assistance on defining. Here goes:

Ron Paul: By being against war and for legalizing weed, Paul convinced many (non-news following) liberals that he was essentially a great apostle of their values.

Rand Paul: By speaking out against drone strikes and mandatory minimums, Paul is (often) seeming to convince many unattached liberals he is on their side. Rand Paul may not be in office anymore but he is still very politically active and enjoys a cult following.

IMHO, this is a master stroke bait and switch. Many people I know who don’t follow politics at all think these guys are great, and that Obama was a right wing sellout based on his use of the military, clandestine operations overseas, and “failure” to close GITMO. All of the Ayn Rand-ish indifference to helping the poor, consistent winking at the militia movement, and opposition to even a de minimis role for the government to ensure the safety of drugs, drinking water, or the civil rights act is held just off stage. This, to me, is: insane, infuriating and ingenious.

Ron and Rand Paul should have a following that consists of 0% disaffected liberals, but they’re far, far above that figure. That, to me, is the greatest problem with the Rand Paul / Ron Paul Vortex.

You will find a lot of this low quality posting here. The ignore feature is FAN-TAS-TIC.

I find libertarian’s fascinating. They are usually very smart people who walk around with a blind spot so big they shouldn’t be able to cross the room without knocking something over. (Chuckling here at the little irony in my analogy because I think Rand Paul is an eye doctor.)

I think your response touches on the entire dynamic of what Ron/Rand Paul have created. When I say created, I simply mean the media is way too lazy to actually call them out on their crap.

They get to go out and espouse these very “radical ideas” like Pell Grants and school loans being unconstitutional and then get sucked in by liberals because they believe law enforcement must get warrants from the courts for pretty much everything. That’s not to say Rand and Ron don’t have libertarian tendencies because they do. We all do. Especially classic liberals. Which is why I think a lot of “disaffected liberals” sometimes can and do agree with the the Pauls. But libertarian tendencies have nothing to do with being a libertarian, which is what Rand is constantly referred to as when he says the same things liberals get called socialist America-haters for.