If the hearing of Attorney General William Barr today made anything clear at all, it is this: The Democratic Party is unwilling to back up the federal authorities who are defending the federal courthouse in Portland, Oregon. In four hours, the House heard from any Democrat nary the slightest expression of support of the officers who are on the front-line of this battle. The hearing will shock millions of Americans.

All the more so because of the opening statement by the chairman, Congressman Jerrold Nadler. It has to be one of the rudest statements with which any cabinet officer of the United States has ever been greeted on the Hill. It was followed by the ranking member, Congressman Jim Jordan, who showed a video compilation of one broadcaster after another describing the protests as “peaceful.” It was a veritable meme.

Suddenly, Mr. Jordan’s footage showed the Oregon protest itself — hundreds, maybe thousands of persons attacking a major federal courthouse (this one named for an erstwhile member of Congress, Senator Mark Hatfield). They were using explosives, sophisticated tools, clubs, fire, bottles, rocks. The film showed a perspective from the street and, particularly shocking, what it was like for the officers inside the building or in front of it.

What was the reaction of Chairman Nadler? He complained the video hadn’t been cleared with him in advance. Democrats aired their own footage of some harsh policing of protesters. One Democrat after another, though, failed to show concern of any kind over the violence at Portland. No Democrat praised the courage of the federal officers. Instead, Democrats mocked President Trump’s motive for sending in officers as political.

Today Amerians learned otherwise. Attacks on federal property and personnel have been going on for weeks. The need for action is plain. Mr. Barr was unflappable, but blunt. One highlight came when he was being questioned by Congressman Steve Chabot, a Republican of Ohio. “Federal courts are under attack,” Mr. Barr said, before exclaiming: “Since when is it okay to try and burn down a federal court?”

That a U.S. attorney general has to make that point to Congress is itself amazing, and Mr. Barr marked it well. “This is the first time in my memory,” he said at one point, “that the leaders of one of our great two political parties — the Democratic Party — are not coming out and condemning mob violence and the attack on federal courts. Why can’t we just say, you know, violence against federal courts has to stop? Can we hear like that?”

No answer was forthcoming. Portland was by no means the only topic of the hearing. Mr. Barr acknowledged that many of the protests were peaceful. He evinced no lack of sympathy for the issues that arose from Minneapolis. He faced down all sorts of derision in respect of his handling of the Mueller investigation and his decision to seek for Roger Stone a lighter sentence than the prosecutors wanted (the Judge agreed with Mr. Barr).

The Democrats threw at him everything they had, including the idea that President Trump might refuse to leave office if he loses the election (Mr. Barr brushed that aside with authority, we thought). The news in this hearing was the corner into which the Democrats have painted themselves. They have just put themselves before the voters as on the side of the mob against the lawful authority of the very government they seek to lead.

Barr really showed them for the petty partisan trolls and enablers that they are.

This showed how nasty the demonRATS are .

What’s distressing is that half the country think Nadler and company are doing their job by attempting to discredit Barr.

You’re right Nadler perfectly represents the people who continually vote for him every two years. This is who they are, masses of dispicable people who tolerate and even laud their communist mayor and rancid representatives. 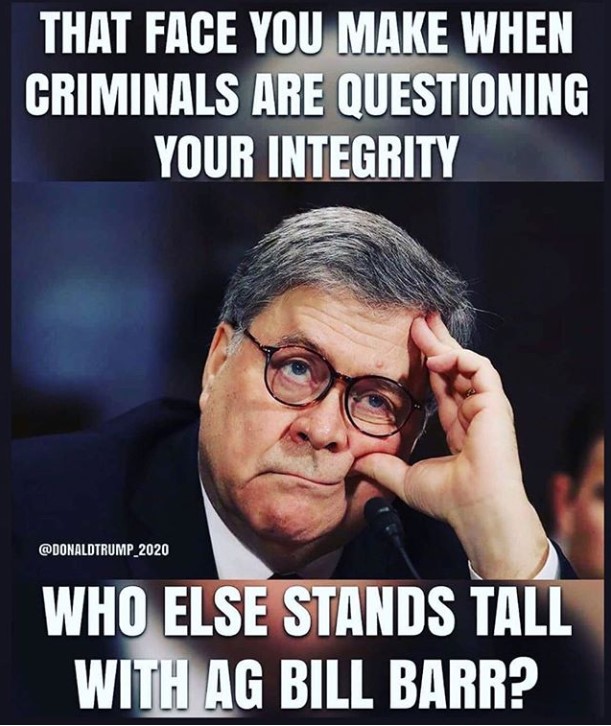