The 8 states where 2020 will be won or lost: A POLITICO deep dive 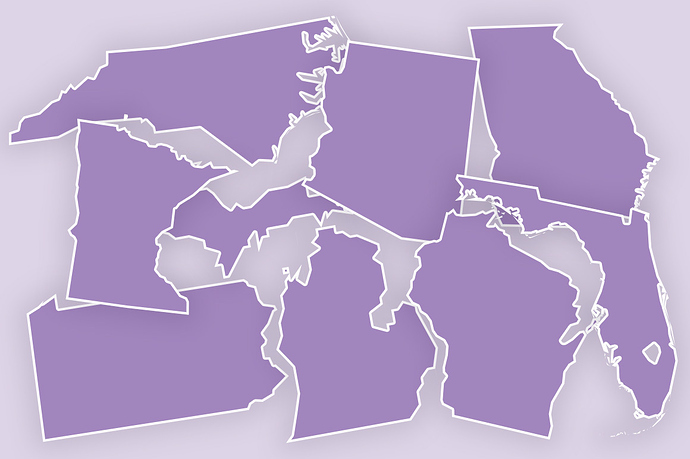 The 8 states where 2020 will be won or lost: A POLITICO deep dive

Within each of these swing states, the roadmap ahead for President Donald Trump and Joe Biden is clear. Polling, however, is not.

" . . . .while national polls have generated a portrait of Biden holding a commanding lead, it’s something of a mirage. In the swing states that matter, it is trench warfare: Biden’s advantage, according to the RealClearPolitics polling average, is within the margin of error in half of the eight states. And Trump is a president whose support has been notoriously difficult for pollsters to survey.
Consider this fact: From July 2016 until Election Day in the three Rust Belt states that Trump unexpectedly picked off — Michigan, Pennsylvania and Wisconsin — 94 public polls were released. Trump led in just three of them . . . " 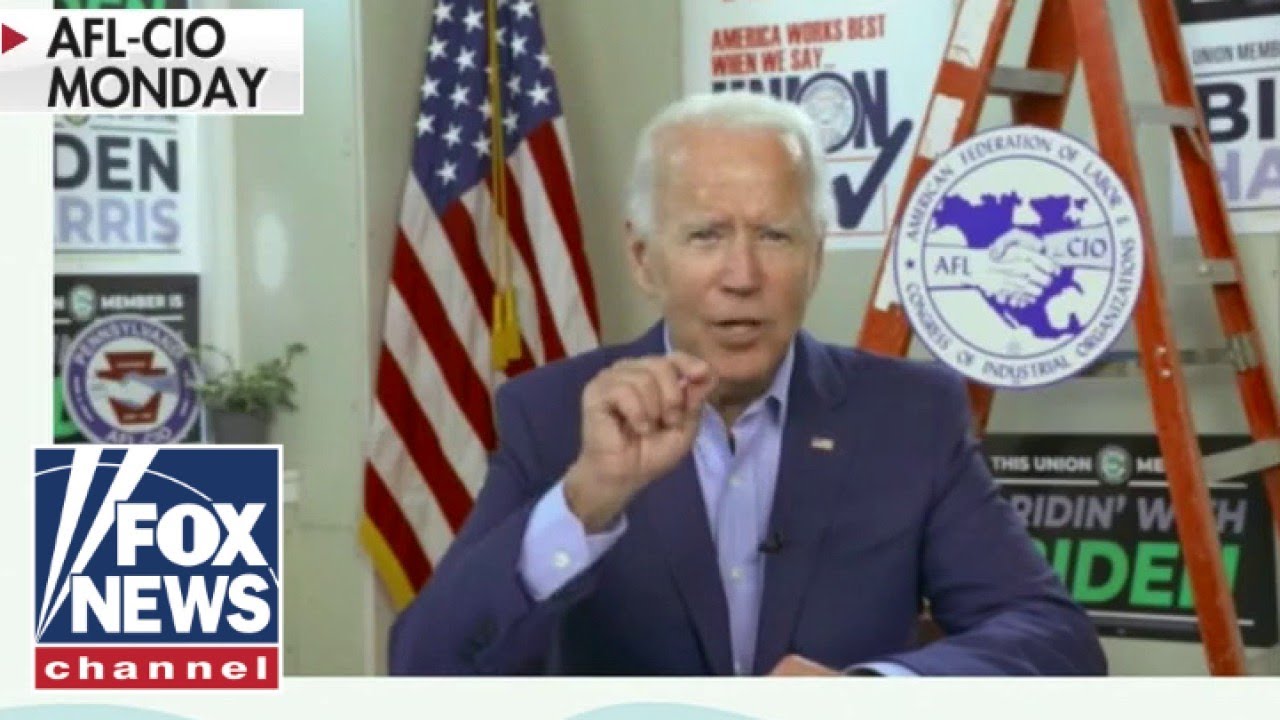 Trump is closing the gap with Biden? (@ 1:00 in the video)
That implies Biden has the lead.

Fox may be better than CNN but as long as you watch TV all day, you will never get the real picture.

Trump is closing the gap with Biden? (@ 1:00 in the video)
That implies Biden has the lead.

Fox may be better than CNN but as long as you watch TV all day, you will never get the real picture

I am not blind to Fox’s shortcomings. I know how to listen and pick out the pertinent information. Mostly I like to listen to Greg Gutfed.

The basic nugget is simple: Polls say Biden and Trump are tied in battleground states, which means Trump will win because he has all the enthusiasm on his side…

Don’t bother with this trolling idiot! He is not American, and is looking for attention! He tells everybody not to watch media then posts YouTube videos insisting it’s the truth! I swear you can’t make this stuff up! Haven’t you notice how he consistently derails threads here?

So says Mr TV himself.
Like I stated many times, I lived in a country which is totally controlled by Washington DC and what transpires in the US affects us directly.

is looking for attention!

Look who’s talking.
He has no substance, no thinking ability. Just parrots whatever is convenient for the moment. A true mental zombie.

I usually ignore his useless posts but more often than not he gets too personal with many folks here to derail discussions.

More proof he is a mental zombie with a foul mouth.

So says Mr TV himself.

I report the news for the purpose of having discussions about topics that are important to me and others here who are actually capable of having conversations! Unlike you who has to digisplain to everyone you reply to by posting useless crap that no one cares about is indicative of a obsessive compulsive liar wanting to feed their narcissistic tendencies with your anti ■■■■■■ conspiracies in almost every thread you participate in!

Just because you are living in a foreign country to which you think is controlled by the US which it is not, does not justify you constantly derailing threads on topics concerning only Americans Nor creating thread topics that are not of your concern! You are not American, you are not a citizen of my country, you don’t pay taxes, therefore your opinions thereof are of no consequence and mean absolutely zero!

You are always posting things on American issues and not of issues of your own country is indeed an example of you looking for attention and any accusation you make towards me is projection on your part. This site will be much better once you are banned from it and that is what needs to happen. You offer zero value here and quite frankly many here not just me are getting tired of your bullshit!

You are the biggest asshole on this site who doesn’t respect this sites rules Nor it’s members and are constantly trying to undermine conversations here! Removing you from it will be the biggest improvement!

Don’t bother with this trolling idiot! He is not American, and is looking for attention! He tells everybody not to watch media then posts YouTube videos insisting it’s the truth! I swear you can’t make this stuff up! Haven’t you notice how he consistently derails threads here

I will remember that. I am NOT a fan of foreigners sticking their noses into our politics.

What affects the actual vote in individual states?

Laws passed by the state regarding voting.
In Colorado they passed same day registration, mail in ballots, have rejected investigations into voter fraud as thee is no voter fraud, popular vote law regarding the electoral college.

In Florida passed law to give most felons the right to vote once they had completed prison, parole and probation.

In Ohio the us it or use it law is under fire and may end before the election. If you miss voting for 2 consecutive years you must not in person before the mail in right is allowed again. Helps eliminates fraud as proof of residency and citizenship is required.

Republicans in the Arizona legislature tried to pass a bill that would have applied the “use it or lose it” rules to the states Permanent Early Voting List (PEVL). The bill would have purged voters who missed two election cycles from the list that permits early voting, which includes about 70 percent of Arizona voters, according to Arizona Advocacy Network Executive Director Joel Edman.
The bill passed the Senate but failed to receive a vote from the full House.

New York Democratic lawmakers sponsored a series of reforms intended to make voting easier in the bright blue state, where turnout consistently lags behind the national average. State lawmakers passed a bill that starting in 2020 allows New York voters 10 days of early access to the ballot box prior to any special, primary, or general elections. Lawmakers also approved a bill that allows 16 and 17-year-olds to pre-register to vote, a bill that automatically transfers voter registrations for people who move within the state and a bill consolidating federal and state primaries.
In 2017, New York Gov. Andrew Cuomo signed an executive order restoring the right to vote for parolees.

Georgia:
November 2018 gubernatorial election, a federal judge ordered Georgia election officials to stop rejecting absentee ballots and applications because of mismatched signatures without giving voters the opportunity to fix the issues. How can you possibly fix a absence ballot when the voter is absent???

In November 2018, Democrats swept Republicans out of Wisconsin’s top three statewide offices. Turnout was the highest in two decades, but the margins were thin — GOP Gov. Scott Walkerlost reelection by fewer than 30,000 votes out of 2.7 million cast, while the incumbent attorney general lost by 18,000 votes.

A close analysis showed Democrats owed their victories to increased margins in the blue bastions of Madison and Milwaukee, including 13 wards in Madison that are home to a high concentration of University of Wisconsin students. 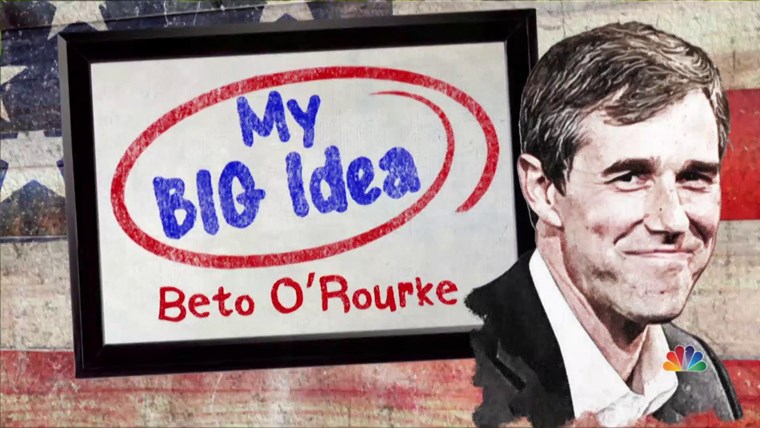 Before Walker left office, the lame duck GOP legislature convened a special session. Among the laws that the legislature passed, and Walker signed, were two that would have likely cut turnout in both Madison and Milwaukee in the next election. As of July, neither will take effect.
One law prohibited voters from using expired student IDs as identification when they show up to vote. The other limited early voting to two weeks before an election. Dane County, which includes Madison, and Milwaukee County both allow early voting up to six weeks before an election.
The courts struck down most of the laws passed in December’s special session, including the limits on early voting. The Wisconsin Supreme Court then reinstated the laws but not the limit on early voting. For now, pending further legal challenge, the limits on early voting will not become law.
The lame-duck law barring expired student IDs will also not take effect. The director of the state Elections Commission said that barring any additional legal decisions, the rules for the use of identification in future elections will remain the same as they were for the 2018 general election.

Just some of the laws passed in states aimed at turning them solid blue.