One reason for a democratic politician to run … from the law … with the money.

Memphis, Tennessee – A Democrat state senator based out of Tennessee is said to have stolen in excess of $600,000 in federal funds, according to federal prosecutors. The Department of Justice is now charging the 39-year-old senator theft and embezzlement involving government programs and wire fraud.

The senator behind this controversy is Katrina Robinson, who was elected to represent the 33rd District in Shelby County, Tennessee in 2018. It should also be noted that Robinson serves as the director of The Healthcare Institute – which officials say served as a vehicle for the alleged crimes.

The Healthcare Institute was said to have received over $2.2 million in federal grants from the Health Resources and Services Administration, typically referred to as the HRSA, between 2015 and 2019.

Federal prosecutors say that during this 4-year period, Robinson stole over $600,000 from The Healthcare Institute by giving herself compensation package that exceeded the limits defined within the HRSA grant and by also making some purchases for herself and family of a personal nature.

According to the DOJ, there were the following types of personal purchases/uses outside of Robinson’s compensation:

The charges that Robinson are facing is no laughing matter – if she gets convicted then she could be looking at up to 20 years in prison along with three years of supervised release and a quarter-million dollar fine.

“Anyone who seeks to take advantage of government programs will be vigorously investigated by the FBI, regardless of who they are or any position they hold.”

Agent Fomby also noted that the FBI will continue to investigate instances such as what Robsinson has been accused of. U.S. Attorney D. Michael Dunavant mirrored those sentimients as well:

“Protection of the United States Treasury and federal grant programs against theft, fraud, waste, and abuse is a top priority of this office and the Department of Justice. We commend the FBI and the HHS-OIG for their diligent and thorough investigation in this case.”

The DOJ stated that Assistant U.S. Attorney Christopher E. Cotton will be tasked with prosecuting this case. These charges are slated to be presented to a grand jury at a later date to determine an indictment against Robinson. 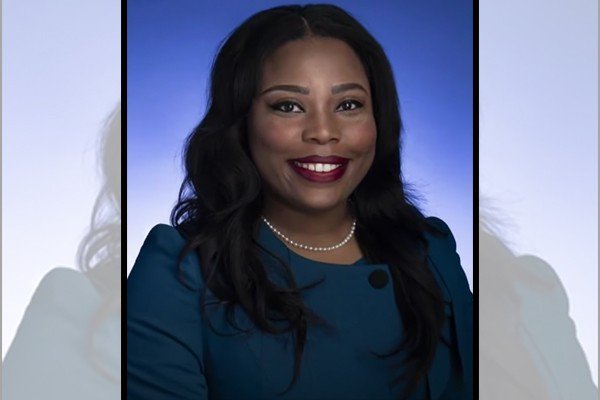 The Department of Justice is now charging the 39-year-old senator theft and embezzlement involving government programs and wire fraud.

Let me guess her accusers are ALL racist !!!

My dentist office had CNN on this morning and I had to sit there and listen to all of the outrage for a solid 45 minutes. There was no mention of this. Isn’t that convenient.