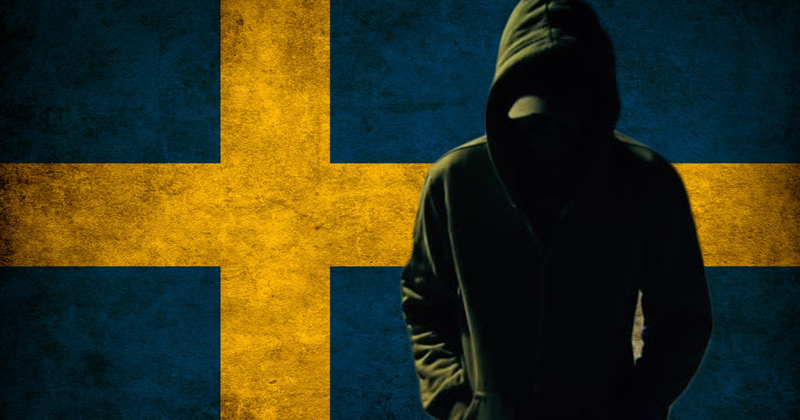 Swedish authorities in Malmö, where violent crime and grenade attacks continue to soar, responded by inviting local gang leaders for a friendly chat over some pizza.

Explosions in Malmö, which is home to several no go zone migrant ghettos, are becoming commonplace, with the city suffering three blasts in the space of just 24 hours earlier this month.

An alarming 29 per cent of residents in Malmö say they have been victims of of crimes against an individual.

According to Wilhelm Agrell, professor of intelligence analysis at Lund University, the situation is so dire that it threatens the power monopoly of the Swedish state.

The vast majority of the unrest is driven by rival drug gangs made up of second and third generation immigrants.

Instead of taking bold measures to fight the gangs, Malmö police invited 12 gang leaders, 9 of whom turned up, to have a friendly chat over some pizza.

The gang leaders were told that they were “most at risk of being injured or killed,” a sympathetic message which suggested police cared more about their welfare than that of their victims.

The whole farce was dubbed “Operation Snowflake,” with critics asking why the gang leaders weren’t arrested.

“First they abuse and rob us, and then we taxpayers pay for their damn pizza!” commented one respondent.

Back in 2017, the media attempted to ridicule me for pointing out Sweden’s massive problems with violent crime and integration in no go zone migrant areas.

Not so funny now is it? 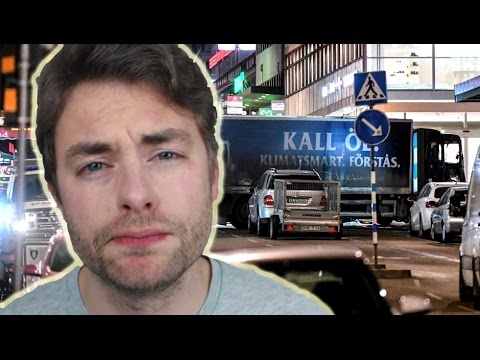 Why not make them part of the police force!!!

If it wasn’t bacon or sausage pizza then the Swedish police are total cucks and deserve whatever these gangs dish out to them for being weak and scared.

To bad the police didn’t put arsenic in their pizza.

It might have been a good idea to arrest them since they had them all in one place.

Anarchy is just around the corner.

How does a country actually become this gay?

My guess is that the society works to instill these values in ALL the native born from birth.

And only until the individuals personally discover the shortcomings of the societal values, will they stop trying to go back to the tried and true methods of dealing with these problems.

We do the same thing with regard to Islamization.

We are raised to respect and even protect those who behave like Muslims do when they are on their best behavior.and we will keep reverting to that method of dealing with problems of Islamization expecting that will somehow do the trick to address the problems, whether our Political Correctness permits us to view Islamization as a problem or not.

This is the first and most significant essay I ever read trying to make sense of Islamization and the 9/11 attack.

It is a serious essay and WELL worth the time it takes to read. Over the years I have read it about five times and referred it it even more frequently.

Know your enemy” is a well-known maxim, but one that is difficult to observe in practice. Nor is the reason for this hard to fathom: If you are my enemy, it is unlikely that I will go very much out of my way to learn to see things from your point of view. And if this is true even in those cases where the conflict is between groups that share a common culture, how much more true will it be when there is a profound cultural and psychological chasm between the antagonists?

Yet, paradoxically, this failure to understand the enemy can arise not only from a lack of sympathy with his position, but also from a kind of misplaced sympathy: When confronted by a culturally exotic enemy, our first instinct is to understand such conduct in terms that are familiar to us — terms that make sense to us in light of our own fund of experience. We assume that if our enemy is doing x, it must be for reasons that are comprehensible in terms of our universe.

Just how unfortunate — indeed, fatal — this approach can be was demonstrated during the Spanish conquest of Mexico. When Montezuma learned of Cortés’s arrival, he was at a loss to know what to make of the event. Who were these white-skinned alien beings? What had they come for? What were their intentions?

These were clearly not questions that Montezuma was in a position to answer. Nothing in his world could possibly provide him with a key to deciphering correctly the motives of a man as cunning, resourceful, and determined as Cortés. And this meant that Montezuma, who, after all, had to do something, was forced to deploy categories drawn from the fund of experience that was ready-to-hand in the Aztec world.

By a fatal coincidence, this fund of experience chanced to contain a remarkable prefiguring of Cortés — the myth of the white-skinned god, Quetzalcoatl. And, indeed, the parallels were uncanny. But, of course, as Montezuma eventually learned, Cortés was not Quetzalcoatl, and he had not appeared on the coast of Mexico in order to bring blessings.

We should not be too harsh on Montezuma. He was, after all, acting exactly as we all act under similar circumstances. We all want to make sense of our world, and at no time more urgently than when our world is suddenly behaving strangely. But in order to make sense of such strangeness, we must be able to reduce it to something that is not strange — something that is already known to us, something we know our way around.

Yet this entirely human response, as Montezuma learned to his regret, can sometimes be very dangerous.

An act of war?

On September 11, 2001, Americans were confronted by an enigma similar to that presented to the Aztecs — an enigma so baffling that even elementary questions of nomenclature posed a problem: What words or phrase should we use merely to refer to the events of that day? Was it a disaster? Or perhaps a tragedy? Was it a criminal act, or was it an act of war? Indeed, one awkward tv anchorman, in groping for the proper handle, fecklessly called it an accident. But eventually the collective and unconscious wisdom that governs such matters prevailed. Words failed, then fell away completely, and all that was left behind was the bleak but monumentally poignant set of numbers, 9-11.

But this did not answer the great question: What did it all mean? In the early days…

Hey Europe! Can we have our “Marshall Plan” money back with interest please?