Sweden: 90% of 2015 Migrants with Residency Status Are Unemployed 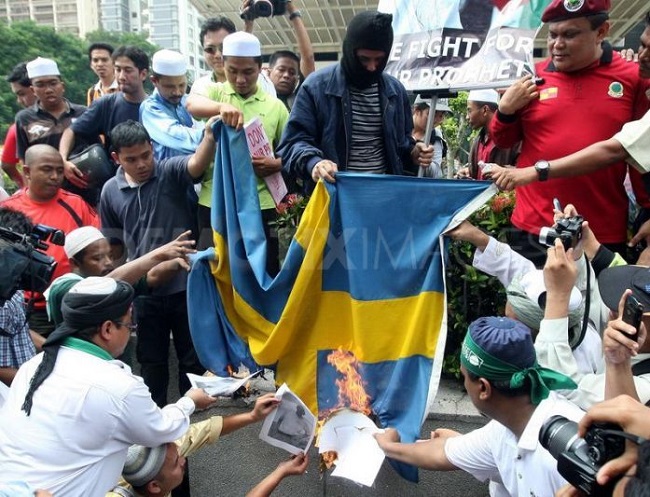 Just under 90 per cent of the asylum seekers who came to Sweden at the height of the migrant crisis and have gained permanent residency are unemployed.

Of the 40,019 migrants with permanent residency status who are eligible to work, only 4,574 of them support themselves independently through working, according to Statistics Sweden’s integration database for health insurance and labour market studies (LISA).

A further 9,970 migrants receive money to study in Sweden, while another 18,405 are on municipal welfare programmes. Eight of the ten municipalities which took in the most migrants per population in 2015 also have unemployment rates far above the national average, Aftonbladet reports.

The municipality of Ljusnarsberg took in the most migrants per population, 230 per 1,000 people, and currently has an unemployment rate of over ten per cent.

Professor and economist Per Lundborg said the solution to the problem is to create more jobs that do not require large amounts of training or education.

“Sweden is one of the most high-tech countries in the world, where we streamline simpler jobs. Therefore, the knowledge gap is too large for many of the refugee immigrants who come here,” Lundborg noted.

“Sweden is a high-cost country. It is expensive to live here. If you then have a group that does not meet their living expenses through the work they do, they must still go to the society for help with their livelihood,” he added.

The figures come only days after the European Union statistics agency Eurostat revealed that Sweden was now 24th out of 28 member states in terms of unemployment.

Figures released last year showed a stark contrast between the native Swedish unemployment rate and the foreign-born unemployment rate. As a result, many municipalities which took in a high number of asylum seekers in 2015 have recently announced major financial troubles, some on the verge of bankruptcy.

Germany, which took in the most asylum seekers during the 2015 crisis, has seen similar problems getting migrants into work. A 2017 report claimed that the district of Salzlandkreis in Saxony-Anhalt had a migrant unemployment rate of 96.3 per cent. 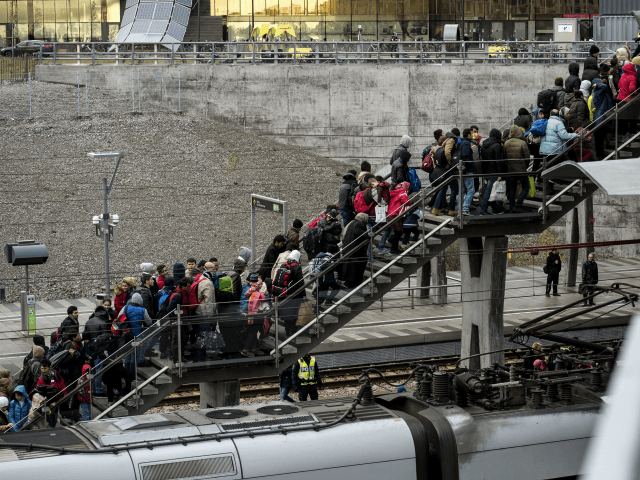 Sweden: 90% of 2015 Migrants with Residency Status Are Unemployed

Ninety per cent of asylum seekers who came to Sweden at the height of the migrant crisis and have gained permanent residency are unemployed.

Well this is strange… I was assured ALL migration was ALWAYS a net benefit to the host country. They must have been referring to the ‘cultural enrichment’ they bring

How can they be unemployed? There are plenty of job vacancies for engineers, doctors, and scientists.

“Migrants are good for the economy” they say…

Not when they are low-IQ, culturally incompatible, uneducated, unemployable turd worlders. All this demographic wants is welfare and the opportunity to rape infidel wimmens and children…and the total destruction of the West.

Unemployed? Well if they paid for rape and pedophilia they’d be the hardest working group in Sweden!

Now that this is painfully obvious the Swedes need to own up to their mistakes and start booting these third world dirtbags out of their country for good!

We all knew this would happen anyway. They couldn’t even turn their own homelands into anything successful.

Well this is strange… I was assured ALL migration was ALWAYS a net benefit to the host country. They must have been referring to the ‘cultural enrichment’ they bring

Yep, that’s always the loony left’s response when the subject of immigration is raised. Well that, and the enrichment of cultural diversity?

When it comes down to it, ask yourself a simple question: why would anyone from a temperate climate want to live the rest of their lives in a freezing cold one? And that begs another question - if they’re unemployed, how will they pay winter heating bills which, in places like the Scandinavian countries, must be astronomical. I guess that Swedes will know by now that they’ve effed up big-time, and there’s nothing they can do about it; zilch, nada, nowt. Next stop will be civil unrest I expect - or worse, civil war/

Soooo… a bunch of illiterate, sub 100 iq people are unemployed. In a nation that promotes literacy, and higher education. WOW! I’M SHOCKED!

I often wonder how they communicate - I mean how many of us can speak Swedish?

As soon as a civilized country opens it’s doors to primitives, regardless of the method ( legal or illegal ), it becomes a lumbering ox covered with parasites.

Is it really all that surprising?

Austrian Interior Minister Wolfgang Sobotka has said some 90 per cent of asylum seekers are without work as the general unemployment rate in Austria rises.

The Interior Minister made the comments Wednesday noting that some 500,000 plus Austrians were on the hunt for a job in the month of January. Citing the high figures for asylum seeker unemployment, he argued the case for an increase in border security and for a reduction in overall migration, Kronen Zeitung reports.

And in the US:
Tens of thousands of asylum-seekers from Central America are spreading out around the United States, straining the resources of local and state governments working to move and shelter them.

San Diego County has spent more than $1 million since October to house and screen asylum-seekers, and a single school district in Maryland saw hundreds of new immigrant students last year, requiring more than $4 million in state and local funds to educate them and leaving the district scrambling to find bilingual staff.

From 2017 to April of this year, more than 55,000 asylum-seekers from El Salvador, Guatemala and Honduras arrived in the United States. Almost two-thirds now are in California, Florida, Texas, New York, Virginia and Maryland as they await asylum hearings. But every state has some, including at least three each in Alaska, Montana and North Dakota, according to a Stateline analysis of federal immigration court data.

The cost per refugee to American taxpayers just under $79,600 in the first five years after a refugee is resettled in the U.S.;

In 2016, the State Department spent nearly $545 million to process and resettle refugees, including $140,389,177 on transportation costs;

Of the $1.8 billion in resettlement costs, $867 billion was spent on welfare alone;

In their first five years, approximately 54 percent of all refugees will hold jobs that pay less than $11 an hour;

$71 million will be spent to educate refugees and asylum-seekers, a majority of which will be paid by state and local governments.

Over five years, an estimated 15.7 percent of all refugees will need housing assistance, which is roughly $7,600 per household in 2014 dollars.

And that was 3 years ago.

Yet the left maintains they are not a burden on taxpayers.

And to think that the loony left think immigration is a good idea?

‘There are none who do so much harm as those obsessed with doing good.’

Just like sperm a million get in and only ONE works !