Think about how crazy this is. Trump has to go to the Supreme Court to make an appeal that people who are citizens of foreign countries, who are in our country illegally, shouldn’t be counted on our census.

The Supreme Court said Friday that it will hear arguments on Nov. 30 on an appeal by the Trump administration that seeks to exclude the tally of undocumented immigrants in the United States from the census data used to calculate the apportionment of congressional districts.

The order came three days after the Supreme Court issued a decision that allowed the Trump administration to end field operations for the 2020 census effective that day, even as the 9th Circuit Court of Appeals still considers a pending appeal that seeks to extend the count.

If the Trump administration wins the appeal regarding undocumented immigrants, states with relatively large numbers of such immigrants could LOSE seats in the House of Representatives.

A federal appeals court in Manhattan in September blocked the administration from excluding undocumented residents from the count determining congressional apportionment, two months after President Donald Trump announced his plan to do so.

The appeals court noted that Trump’s own memorandum outlining the new plan identified a state, believed to be California, “that would stand to lose two or three seats in the House of Representatives if illegal aliens are excluded from the apportionment base.”

The Supreme Court appeal by the Trump administration could affect the number of seats held by California in the U.S. House of Representatives.

Just how fooked up will liberals make the USA if they ever gain control ? GOD HELP US ALL !!!

Trump has to go to the Supreme Court to make an appeal that people who are citizens of foreign countries, who are in our country illegally, shouldn’t be counted on our census.

That’s exactly right. These criminals aren’t citizens and they don’t belong in our country. They should all be deported, not counted as citizens. Total bullshit.

Immigration is America’s strength which is why the Japanese and European economies are stagnant as fuck. America’s economy grew big during Obama then went to shit when a racist nativist got in the White House.

Oh look who is triggered into virtue signaling here?

You can’t tell the difference between legal and illegal immigration! Oh your bleeding heart!

Well, they have to go to the Supreme Court because we aren’t allowed to have a country anymore. So the Supreme Court needs to make sure that is codified into a court decision going forward…we have to have unlimited third world migration until we collapse.

Our economy went to shit when governors like whitmer and cuomo shut down their states economies.

Well, they have to go to the Supreme Court because we aren’t allowed to have a country anymore.

As a puppet state…this decision has already been made. Unchecked mass immigration for thee, but not for me. 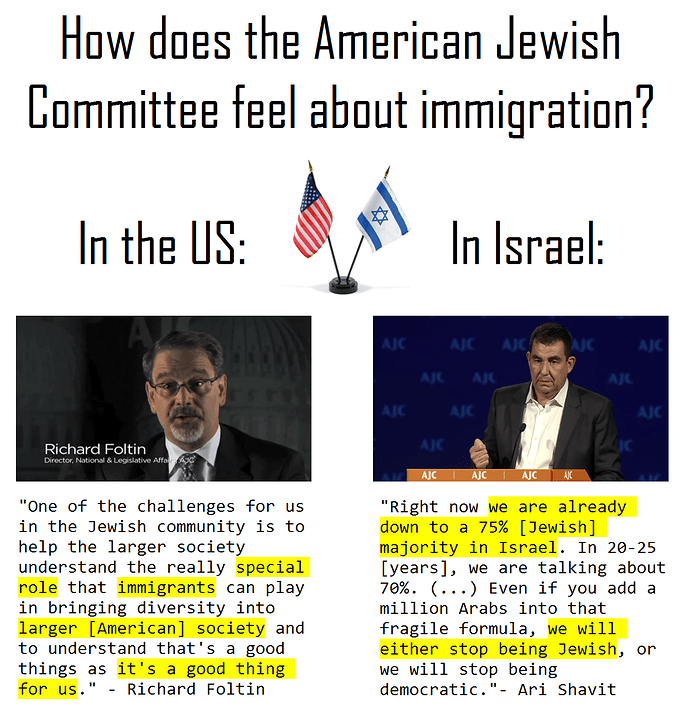 It’s weird that the western left and right don’t see how their acceptance of hostile foreigners undermines their own ability to survive.

The left wants to group homosexuals, feminists and muslims together. The only way that ends is with dead gays and women - but it’s ok for them, because it’s not whites murdering them.

The right wants “based” blacks, female politicians and legal immigrants who oppose the constitution - but it’s ok because it proves how “not racist” they are.

These parties are both suicidal and they won’t survive another 100 years in this form.