My hope is that the SCOTUS does not completely gut the 2nd Amendment, but I won’t be shocked if they act like a bunch of activists and decide that the 2A means whatever that crisis actor David Hogg says it means.

The case… gives the high court a shot at expanding gun rights. It’s the first time since 2010 the justices will grapple with the reach of the constitutional right to keep and bear arms.

“There’s reason to believe that … they want to take the case because there are enough conservative justices now on the court that they want to re-examine how the court defined gun rights back in 2008,” said Robert Spitzer, a professor at SUNY Cortland who has written extensively on the politics of gun control. 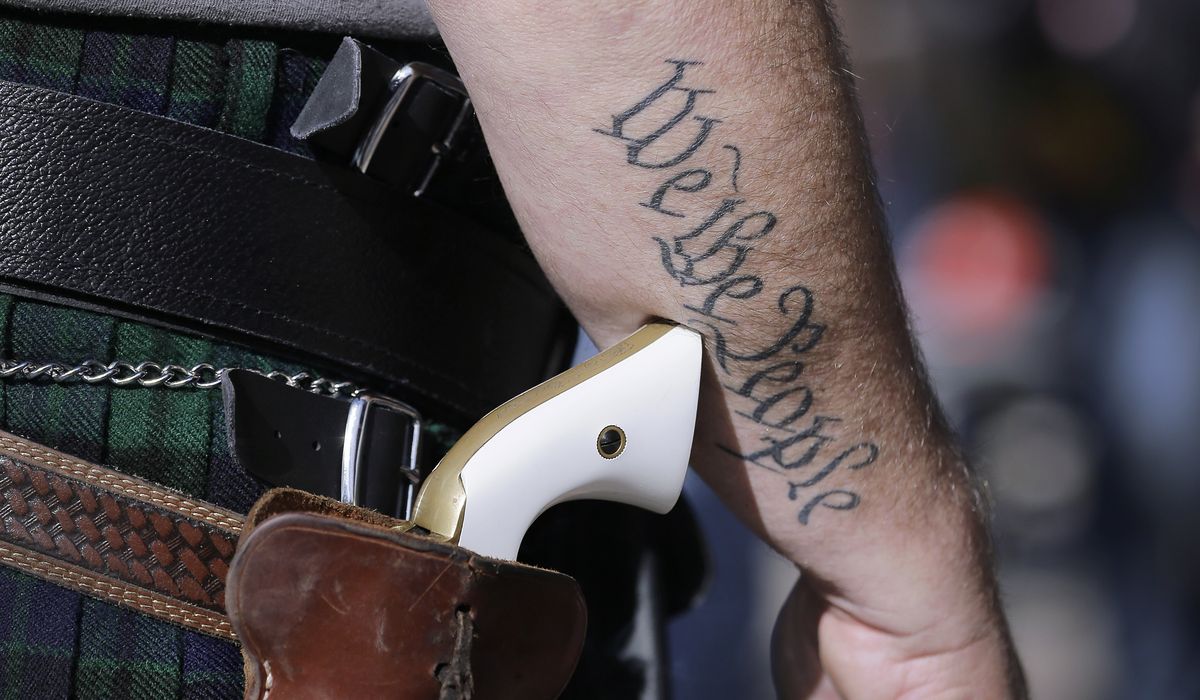 The Supreme Court on Monday is set to hear its first major Second Amendment case in nearly a decade, weighing a challenge against a regulation in New York City that prevented licensed firearm owners from taking their weapons into and out of the city.

The Supreme Court needs to be dissolved.

It’s been a farce since Marbury v Madison.

“The gun lobby would like that decision about public safety to be decided by a few unelected judges, and that’s wrong and that’s contrary to over 200 years of American history and Supreme Court case law,” Mr. Lowy said. “And it infringes on the most fundamental right of Americans, which is [the right] to live. And that’s what really this is all about.”

It’s been a farce since Marbury v Madison.

Yep, notice how so few people know anything about that or how they destroyed the constitution with that interpretation. That 9 very questionable justices can write amendments from the bench is sickening. Nullification is not a power the SCOTUS actually possesses from the constitution, it has been ceded by various presidents. Disgrace.

“And it infringes on the most fundamental right of Americans, which is [the right] to live. And that’s what really this is all about.”

These leftists are morons. Gun ownership does not infringe on anyone’s right to live. You know what does? The fact that I can’t ever OWN land and I have to pay property tax for “the right to live”.

I am going to hold out hope. I saw about a dozen headlines in my news feed of leftists salty af over this.

All of these state laws on guns need to go away. It’s too confusing. We need one law and only one law…and we already have it! The 2nd Amendment!

In the 2008 case District of Columbia v. Heller , the Supreme Court held that the “Second Amendment protects an individual right to possess a firearm unconnected with service in a militia, and to use that arm for traditionally lawful purposes, such as, but not limited to, self-defense within the home.”

Let’s hope they do not dismiss the case. There are too many laws being made for political purposes, being upheld by Federal appeal courts. Then, when the big boys get involved (SC) and they know they stand a chance of losing, they amend the law just enough to get the case dismissed.

Although New York officials altered the regulation to appease the challengers, the high court decided to keep oral arguments on the calendar for Monday, but the justices told the two sides they could address whether or not the challenge is now moot.

“I expect the court will dismiss the appeal shortly after oral argument. Also, by arguing the case, it becomes more difficult to add another [Second Amendment] case to the docket this year,” said Josh Blackman, a law professor at South Texas College of Law.

Exactly right. They push things right over the edge and as soon as they are going to get hammered for it they walk it back. It’s a tactic they use frequently and only someone who is deaf, blind, or dumb can’t see it plainly.

It’s a tactic they use frequently

Yes, it is. IMO the Supreme Court needs to nip this in the bud and try it based on the merits.
The cat and mouse games need to be nipped in the bud and a very clear message needs to be sent.