The prime way that anti-Semitism spreads — as in many other oppressions — is by word of mouth. That’s why maligning is not merely semantics.

“Sticks and stones can break my bones but words can never hurt me” means: if you have enough a sense of your self-worth, insults don’t bother you. That does not mean that words can’t hurt or even kill.

Bullies use words especially against people who never were given a chance to build enough self-esteem. And they often don’t keep it at words. Mean words therefore generally hurt. Thus, ■■■■■■ Law outlawed the use of them.

Now, “decent” “educated” people learned how to be politically correct, avoid using wrong words. Prejudices and worse come out encrypted. So, some people use “Rothschild, Cohen” as dog whistles, codes for “■■■■■■ The Rothschilds have messed with our weather, news, money again.

Mel Gibson went from famous to infamous when he shot a movie on the last day of Jesus that was so gruesome that it was feared to ignite the anti-Semitic stereotype of ■■■■ as “deicides,” killers of G^d [sic]. He dismissed the concern. He did nothing wrong, supposedly and wasn’t worried.

But, when the wine is in, the wit is out. So, when he was stopped for drunken driving, he started cursing one of the police with anti-Semitic slurs. He was shunned by many since but vowed to restore his reputation.

Apparently, that time has come with his announcement that he is about to make a movie about a super-rich family by the name of Rothchild — he cleverly dropped the S and declares that they’re not related to the Rothschilds. He could also have named them the Kohans and claimed that they were not ■■■■■■ either. (Or put on a Mohamet and claimed that he’s not a Muslim.) Who does he think to fool?

US Democratic religious Buttigieg was immediately confronted when he used the word Pharisee despairingly. He was not aware of it being insulting for ■■■■ and after initially declaring that it can be used for hypocrites, he quickly learned he was wrong, apologized and won’t do it again.

The generally beloved (but not by all) RC Pope Francis has recently been requested to begin teaching against any lewd use of the word Pharisee.

Don’t assume that this is an exclusively US or Catholic offense. A judge, a couple of decades ago, had to force the leading and most authoritative Dutch dictionary ( Van Dale ) to change its lemma that characterized ■■■ as usurer. But it kept — unchallenged — circumscribing anti-Semite as someone who hates ■■■■ for their world power [sic]. Adding the adjective “supposed” would be fitting. Until today it defines Pharisee as hypocrite — without qualification. NB: At “homo” it reads: ( pejorative ) poof. At the N-word it stipulates: ( offensive ). Anti-Semitism is everywhere.

Freedom of Speech must have limits if we want to live in a world where innocent people are not hurt constantly for what they are or for what they are legal to choose doing. Everyone will live more dignified and safely in a society that has outlawed spreading prejudices and hatred. 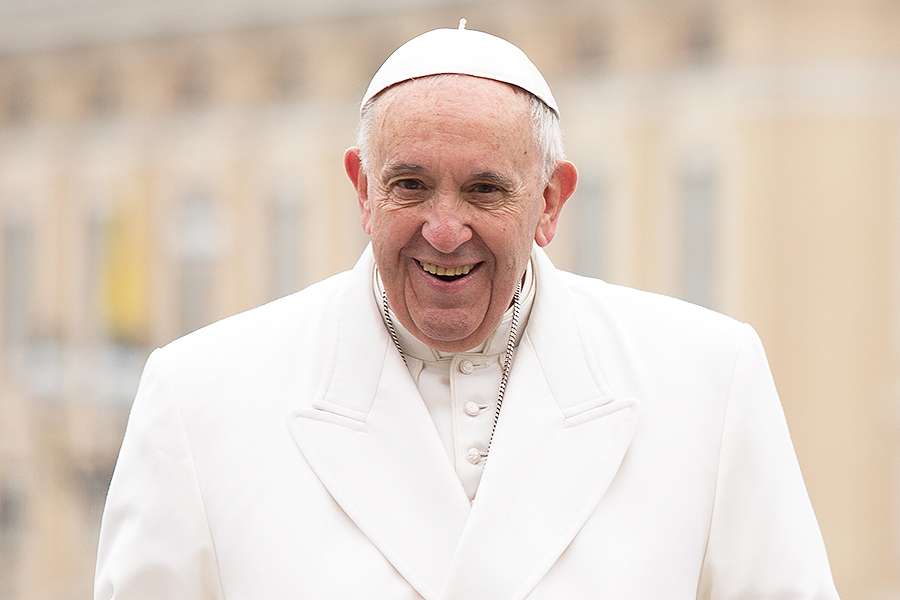 Beloved Pope Francis? Wow. It’s revealing when they come out like this. This needs to be read with a whiny and nasally NY voice.

27 Woe unto you, scribes and Pharisees, hypocrites! for ye are like unto whited sepulchres, which indeed appear beautiful outward, but are within full of dead men’s bones, and of all uncleanness.

28 Even so ye also outwardly appear righteous unto men, but within ye are full of hypocrisy and iniquity.

29 Woe unto you, scribes and Pharisees, hypocrites! because ye build the tombs of the prophets, and garnish the sepulchres of the righteous,

30 And say, If we had been in the days of our fathers, we would not have been partakers with them in the blood of the prophets.

31 Wherefore ye be witnesses unto yourselves, that ye are the children of them which killed the prophets.

32 Fill ye up then the measure of your fathers.

33 Ye serpents, ye generation of vipers, how can ye escape the damnation of hell?

But ‘Cracka’ is fine! No problems there!

The very idea of insulting being illegal makes me sick. It’s the epitome of draconian.

So the movie is about a rich family named Rothchild and therefore it’s automatically anti-semitic and hateful and should be outlawed? Is any movie with any characters who have Hebrew sounding names hateful so it has to be made illegal?

What ever happened to wholesome family oriented films, like this: Michael Jackson’s Daughter to Portray Jesus as Lesbian in … This needs it’s own slot.

Portraying them in any media as anything other than a poor, disempowered, and oppressed but saintly and virtuous minority is by definition, anti-semitism.

If there is “antisemitism” in Hollywood and elsewhere, who do you think caused it?

No doubt Trump has something to do with it. He will soon be brought up on charges for sinking the Titanic. Probably an insurance scam.

I wonder if The Times of Israel would claim it was antisemitic to state that ■■■■ are subverting (or you could even use “changing” as the more objective term) our culture and cite this article as a perfect example. Obviously free speech is a cornerstone to Greco-Roman/ Christian/ Western culture and no one denies this, and here is a group of ■■■■ openly advocating for the end to this central value, claiming a ■■■■■■ group benefit as justification, and citing “■■■■■■ law” as precedent.

This is rhetorical, obviously anyone coming to this conclusion is an antisemitic evil hater who should be thrown in jail. Everyone knows ■■■■ never work as a collective to subvert their host nation’s values and tradition for their own group benefit.

Who are you referring to?

Looks like this is some kind of BS. Looking at Gibson on IMDB, I don’t see anything in post production or production or completed, having anything to do with ■■■■ other than his sequel about Jesus’s resurrection and no Rothchild as characters.

The author of the OP article might be on the payroll of some hater, stirring up BS.

whoops this article is more than a year old