South African farmers who rushed for protection in Australia rejected

A surge of South Africans seeking protection in Australia have been disappointed as no visas have yet been approved. 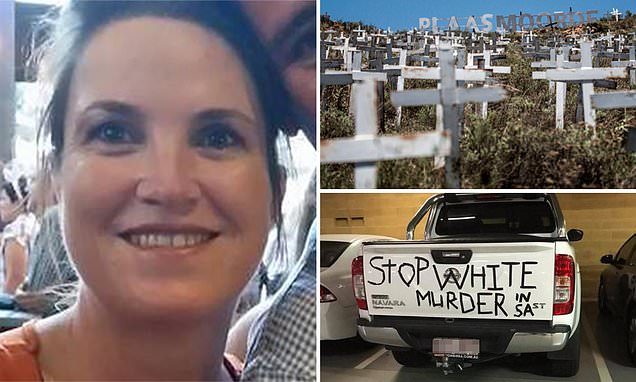 South African farmers who rushed for protection in Australia rejected

A surge of South Africans seeking protection in Australia have been disappointed as no visas have yet been approved.

They just need to tell everyone they are African and they’ll demand that they be let in. Just don’t say they’re white and that they come with knowledge and skills.

I’d welcome any or all of them that want to come to the US.

What’s happening to the farmers in South Africa is a straight-up genocide and yet the world stands by and does absolutely nothing. It’s disgusting and these are the only refugees we should be allowing in to our country and to places like Europe in Australia.

Go spend some time in the RSA, it’s eye opening.

I guess white people with skills don’t qualify for entry into Australia. The government must need to spend all the money for social programs to help " deserving black immigrants " into the country.

The only thing Trump has done for South African whites is “monitor” their murders. Putin took in several thousand.

Currently there are about 85,000 South African born immigrants living in the US.

But but but, look at the staggering advances in SA since black rule took over. I mean, if you consider going back to the Stone Age an advance.

The problem is, if they are allowed to enter our country, they can fend for themselves. We & Europe want the dregs of humanity; the human stains. Diseases that walk on two legs. Search Mike Smiths, Pandora’s Apartheid Box, and read PART 3.

I can imagine some SA black, with the IQ of a doorknob, trying to handle the logistics of operating a, once white owned, mega farm. This was unheard of before black rule: Farms for sale - South Africa - Agri-Land

One of the biggest problems the white farmers face in trying to leave the RSA is that their cut from any sales will be a pittance.

Better to leave poor and alive than have a flaming tire around the neck.Sounds heartless, but I would rather have my family and I leave alive and go to a country that will appreciate my farming skills to feed people.

SA is regressing; heading back to the Stone Age; hunter gatherers, who roamed the land catching bugs to eat.

It’s pretty difficult to start a farm without at least a million in cash or very solid credit.

If they manage to run the whites out it’ll revert to cannibalism pretty fast.

Better to leave poor and alive than have a flaming tire around the neck.Sounds heartless, but I would rather have my family and I leave alive and go to a country that will appreciate my farming skills to feed people.

Their loss is someone else’s gain.

Now they can stand around scratching their heads wondering why they can’t grow anything and people are starving.

The flying prawn… Heck. Why not?

Locusts are edible insects. Several cultures throughout the world consume insects, and locusts are considered a delicacy and eaten in many African, Middle Eastern, and Asian countries. They have been used as food throughout history.[54]

They can be cooked in many ways, but are often fried, smoked, or dried.[55] The Bible records that John the Baptist ate locusts and wild honey (Greek: ἀκρίδες καὶ μέλι ἄγριον, romanized: akrides kai meli agrion ) while living in the wilderness.[56] Attempts have been made to explain the locusts as some ascetic vegetarian food such as carob beans, but the plain meaning of akrides is the insects.[57][58]

The blacks may soon regress to wearing loincloths, plates in lips and using spears and carrying shields.

Not exactly prime rib is it? I already eat enough bugs in the processed food I buy.