EXCLUSIVE: Transcripts of House Intelligence Committee interviews that have been cleared for release show top law enforcement and intelligence officials affirming they had no evidence of collusion between the Trump campaign and Russia during the 2016 election, senior administration and intelligence community officials told Fox News on Wednesday.

This would align with the results of former Special Counsel Robert Mueller’s investigation — which found no evidence of illegal or criminal coordination between President Trump, the Trump campaign and Russia in 2016 — but the numerous transcribed interviews could raise further questions about committee Chairman Adam Schiff’s past statements saying that there was “direct evidence” of collusion.

Earlier this week, House Republicans sought over 6,000 pages of transcripts pertaining to interviews conducted by the committee in 2017 and 2018, after the panel in September 2018 voted on a bipartisan basis to approve their public release.

A day later, acting Director of National Intelligence Richard Grenell notified Schiff, D-Calif., that the redaction and declassification process was complete, and that the records were ready for release, putting the ball in Schiff’s court.

However, intelligence officials told Fox News on Wednesday that Schiff has had his subcommittee staff director reaching out to heads of intelligence community agencies asking how Grenell was involved and what role Grenell — a known Trump ally — may have played in the declassification and redaction process.

Fox News is told, however, that the redactions were completed before Grenell took the helm as acting director this past February.

The process, according to an intelligence community official, took place under both former directors Dan Coates and Joseph Maguire, and was conducted by career intelligence officials. The official also told Fox News that the relevant heads of appropriate agencies were consulted on the declassifications and redactions of all 53 transcripts.

Grenell, in a letter to Schiff dated May 4, wrote that the review of 43 of the 53 transcripts “was completed in June 2019,” and that the “interagency review of the remaining ten transcripts has been completed.” Grenell added, “pursuant to your guidance, these transcripts have not been shared with the White House.”

“After more than a year of unnecessary delay, the ODNI has finally concluded its protracted classification review of the committee’s transcripts, and it also appears the White House has now abandoned its improper insistence on reviewing key transcripts, which the committee appropriately rejected,” the spokesman said.

“We are now reviewing the proposed redactions from ODNI based on classification, law enforcement sensitivity or items ODNI requests be for official use only,” the spokesman continued. “Given the overtly political role now played by the acting DNI, including the leak of his letter, this committee and the public can have little confidence that his determinations are made on the merits.”

The spokesman added: “This process had already taken far too long, most notably because the ODNI improperly held up the declassification review and release of several transcripts at the request of the White House.”

The spokesman also said that the committee’s review of ODNI’s “newly proposed redactions” would be “as expeditious as possible given the constraints of the pandemic.” He continued, “We look forward to releasing these transcripts, which relate to misconduct by the Trump campaign and the president himself.”

Another source familiar with the transcripts told Fox News that the people interviewed by the House Intelligence Committee during its Russia probe were asked whether they had evidence that Trump, himself, or the Trump campaign conspired, colluded or coordinated with Russia during the 2016 election.

Two sources familiar with the transcripts told Fox News that not one of the 53 witnesses could provide evidence of collusion.

“The transcripts show a total lack of evidence, despite Schiff personally going out saying he had more than circumstantial evidence that there was collusion,” one source involved in House Russia investigations told Fox News.

Mueller, similarly, at the conclusion of his nearly two-year-long investigation, said he and his team found no evidence of criminal conspiracy or coordination between the Trump campaign and Russia, but did not reach a conclusion on obstruction of justice, which current Attorney General Bill Barr ultimately decided not to pursue.

While law enforcement officials have long maintained that there was clear intelligence Russia meddled in the 2016 presidential election, to date, there have been no charges concerning actual conspiracy against people associated with the Trump campaign, which was at the core of the Russia investigation.

The Russia probe never produced charges linking the Trump campaign and Russia as part of a criminal conspiracy.

Lyin’ Adam Schiff should have known that the truth would eventually come to light. He is a worthless, lying, partisan hack and deserves to be censured and removed from congress. It’s worth hoping that his constituents will put his ass out of office…but likely will be less effective as hoping that hell will freeze over.

Liberals are useful idiots that will continue to support any incumbent that promises them hope and change…like that Muslim-living bastard Obama did.

Liberalism is an incurable mental disorder. The one and only silver lining on the black cloud of abortion on demand is that liberals practice it.

It seems MONTY is hiding now . All of his treasonous pals are in big trouble for ALL the underhanded bullshit they pulled . 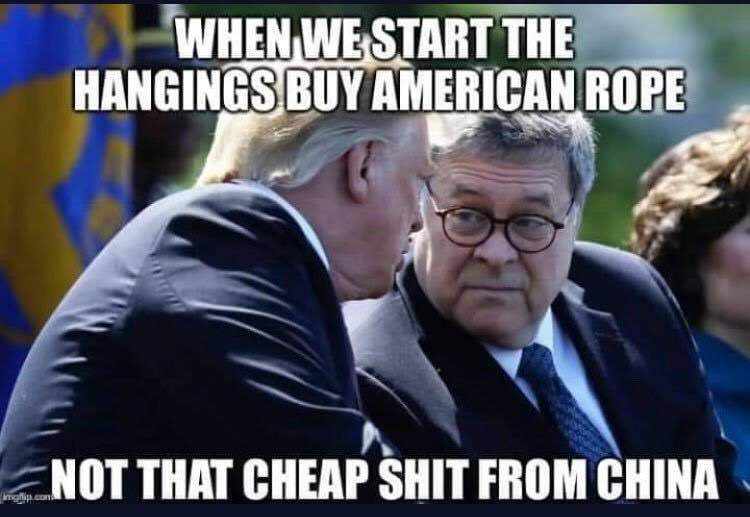 Lets see what happens if the Repubs retake the House. It could be more of the same, Alot of smoke blown up our ass and nothing done.