Socialist Tyrant Nutjob Bernie Sanders: There Should Be No Billionaires - Demands Wealth Registry

I don’t exactly give a shit about billionaires, they have enough money to solve their own problems and don’t have to worry about what dregs like me think anyway. Regardless, I don’t think the people who have become billionaires through either hard work, or through family money, should have anything taken from them for any reason. Bernie has always been absolutely bonkers but this is too far, even for that lunatic communist. Being wealthy and successful isn’t a crime. If there weren’t any wealthy people in Vermont, who would have made life so comfortable for Berine and his family when they were all on welfare for decades?

This is why socialists destroy everything they touch. They take away the motivation to succeed, to innovate, to invent, to create. Because the engine that drives these qualities is the fundamental urge we have to provide for our families and make their lives better.

Notice something a bit subtle about his proposal. A wealth registry will be used to ensure wealthy can’t dodge the confiscation of their wealth. Now apply this to a gun registry… we always hear it won’t be used for gun confiscation but their methods are very clear if you listen just a little. 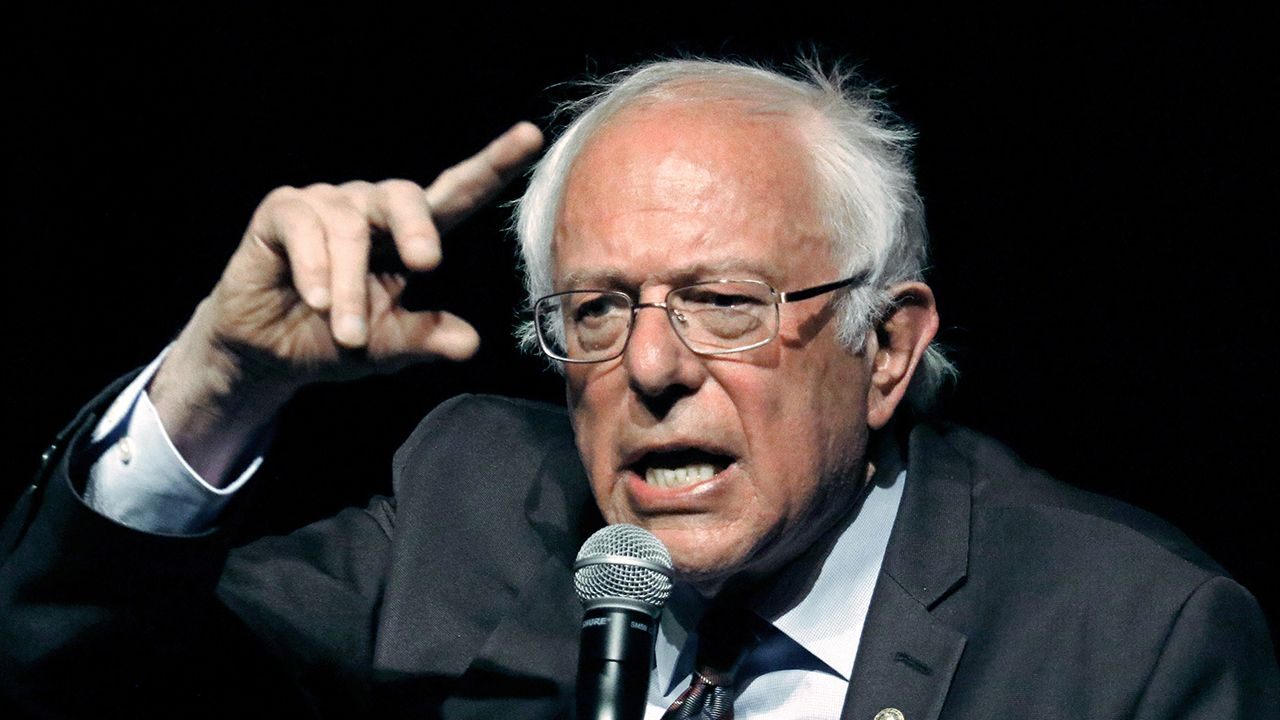 The senator is aiming to cut the wealth of billionaires in half over the course of 15 years.

Will all those rich LIBERAL Dems be on his registry??? I’m sure Pelosi, the Clintons, Crazy Chuck, Oprah, Babs ( Yentl) and all the Hollywood Elites willbe on that registry.

Millionaire Bernie Sanders: There should be no Billionaires. Notice that millionaires are just fine now. As long as you are a champagne-sipping socialist you aren’t the enemy. Just all those “other” really wealthy people are. 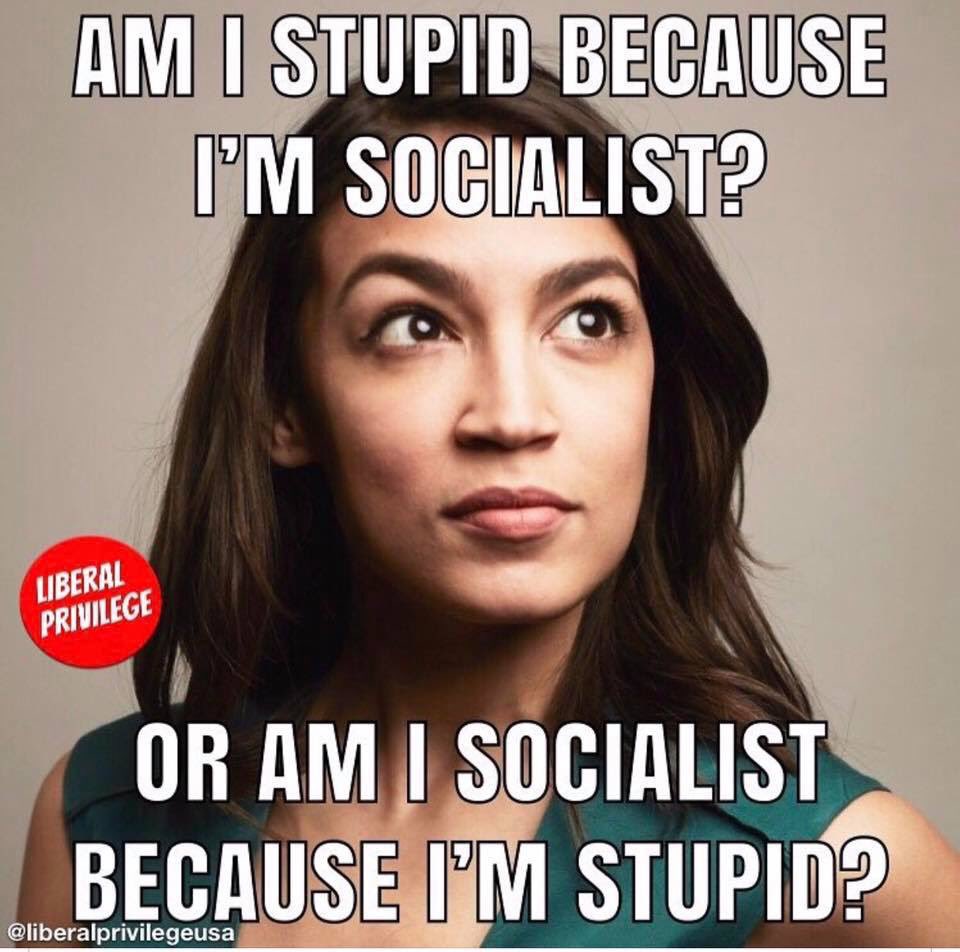 I have an idea! Why don’t we put all socialists on a list and then proceed to tax all of them in the way that they are advocating taxing all of us. Let them lead by example. If they’re so eager for wealth distribution they should start by distributing their own wealth first.

So Bernie is okay with Millionaires now that he is one, but not fine with Billionaires?

so who are you going to tax Bernie?

Trump bragged that he pays no taxes. Billionaires are the biggest drain on society and financial burden to ACTUAL hardworking TAX PAYING Americans.

Let them lead by example.

Trump isn’t the one trying to take everyone’s money away.

The leftist will never learn.

Why are so many moving out of high tax states?
Why did businesses move overseas?

Trump isn’t the one trying to take everyone’s money away.

Trump bragged that he pays no taxes. Billionaires are the biggest drain on society and financial burden to ACTUAL hardworking TAX PAYING Americans.

Pays no federal income taxes perhaps but not forever , as there are plenty of loopholes but he cannot escape State taxes in New York.

Put those on two sides of a coin, flip it and “presto” limitless energy by the only thing not in limited supply: stupidity.

How do people who support Bernie not see the hypocrisy in all of this? Bernie Sanders lives better than most Americans and has more money than most Americans. I am no supporter of communism but at least Che Guevara and Fidel Castro actually lived like communists when they were taking over Cuba. To me, Bernie is just acting like a white collar criminal who wants to take a lot of money that doesn’t belong to him from hard-working people.

oh so true, Bernie lives well with his 3 properties (including a lakeside cottage for retirement)
royalties , wife’s tenure pension and of course his government generous pensions

Earlier today I had a conversation with a guy on another forum, a progressive who. insisted that he as an American wasn’t rich. This is a byproduct of people in this country having absolutely no idea what poverty is. About the worst that Americans get unless they are destitute and homeless is a stage of wealth that, on my four point scale I occasionally reference, “When shall we eat?” meaning to indicate occasional food insecurity.

The other levels of this scale are:

… aforementioned “When shall we eat?”

“What shall we eat?”

… and finally “Where shall we eat?”

You may recognize that your poorest friends are likely only bounce between the second two, with bouts of where being as common as when if not more so.

Clearly in terms of the whole of human history that a great many Americans, including myself, can pop up into where shall we eat easily enough (including … steak) it would seem out of sorts to not say the overwhelming majority of Americans are well off, especially those who’ve time to natter on about how they aren’t rich whilst using a computer and high speed internet in a place that has central air or some internet cafe they drove to.

It’s a bit like how the narrative of race is so distorted and at a time when real racism is at an all time low to not just the point that folks have enough time to be upset (oppressed) about place names and inanimate objects there is apparently an increasing need to fake oppression to keep the narrative going.

But to progressives the wrongs of the past are ever green, they aren’t rich, and they redefine the “middle” and “moderate” in such a way that many call the Clintons right of center (which I guess is just a form of denial now that there’s nothing of the old extreme Left that’s extreme to them anymore and which is why everything looks like the far Right!).

What a bunch of pampered and self righteous brats!

Which at last brings us to the Bernie Supporter, who if faced with a version of Ahab taking Naboth’s vineyard for a vegetable garden to feed Samaria’s poor might think him not just redeemable but an early hero of progressivism.

So, you know, this rant has gone on long enough so I’ll let someone else get a word in edgewise…