Socialism is Going to Destroy America

I hate to be the bearer of bad news liberals but your values about “individual rights” are already dead. Within the coming decades, a non-white American majority will vote these things away.

The people who want to stand up to the state because of “Muh Freedom” are fighting for an ideology that is already dead. It’s not the 1700s anymore. That is not going to work in the 21st century. Socialism is going to win and there is nothing you can do about it.

Socialism and Democracy have already kicked America’s ass with out a drop of blood or any real resistance thanks to the unconstitutional two party system and spineless paycheck Patriots.
Socialism will have a complete victory without resistance within the next decade, then America must be renamed.

In 1776 colonists paid 0% income tax, but a 3% excise became intolerable and led to revolution. If Britain had attempted a 30% income tax, colonists would have built ships, sailed across the Atlantic, and burned Britain to the ground.

Socialism is going to win and there is nothing you can do about it.

When we keep getting flooded by third world socialists, as a result of wealthy suburban liberals, then yes…eventually we will be overrun and we will lose. The only way to make the uber-tolerant and enabler classes resentful towards forced diversity and multiculturalism is, to cram it down their throats until they choke on it. There must be no safe spaces, no retreats from the consequences of their actions! We must directly impose the costs of their own actions or inactions on them, no exceptions!

Why worry, if the virus doesn’t get us climate change surely will. 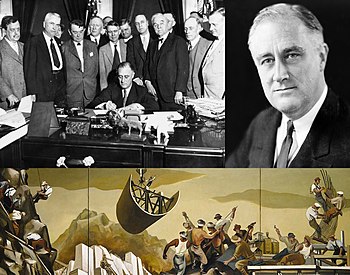 The New Deal was a series of programs, public work projects, financial reforms, and regulations enacted by President Franklin D. Roosevelt in the United States between 1933 and 1939. It responded to needs for relief, reform, and recovery from the Great Depression. Major federal programs and agencies included the Civilian Conservation Corps (CCC), the Civil Works Administration (CWA), the Farm Security Administration (FSA), the National Industrial Recovery Act of 1933 (NIRA) and the Social Secur...

For a truer representation of our socialism experimentations during the 30’s read “The Forgotten Man.” 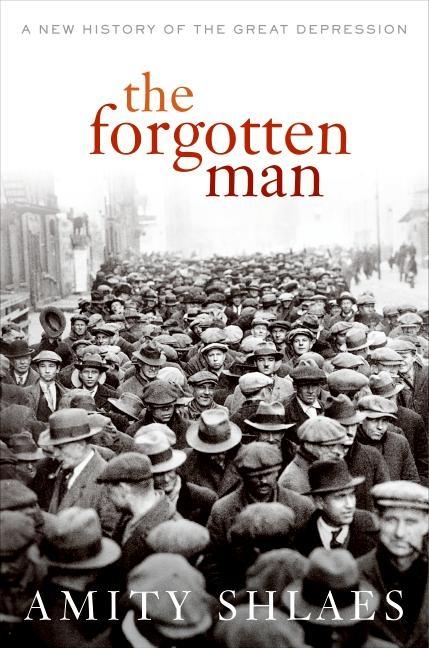 In The Forgotten Man, Amity Shlaes, one of the nation's most-respected economic commentators, offers a striking reinterpretation of the Great Depression. She traces the mounting agony of the New Dealers and the moving stories of individual citizens...

First socialist government of the US has already failed. It will again, they all commit suicide in the long run.

Those that don’t remember history are bound to repeat it. That is why History and the Constitution are not taught that well in the schools systems anymore.

The confederacy under democratic control was the first organized socialist government. They had no supreme court to oversee Jefferson Davis, by the end they were forcing poor whites into slavery. All product was controlled by the government. That is why cotton and Tabaco were used as money. The list goes on, but the confederacy is considered to be the first socialist government in the United States of America.

The US had a black president who got re-elected yet a sizeable portion of the public continues to believe “white supremacy” controls the nation.

There’s no way to sugar coat this, that is fucking retarded. Exactly, why didn’t said black president do anything for BLM when he was in charge? More protests under his watch than President Trump’s. Why did said president say “that could have been my son” (The Travon story) but when it went to court, not guilty. Those words were designed to stir up emotions, caused more damage than good.

And why can’t you find the original demands from BLM on-line anywhere, you know where they want the whites to give up homes, no charges for sex crimes, etc…

Can’t find that list anywhere on line now. Sure would be interesting to share it on-line again and again to see how many people wake up…