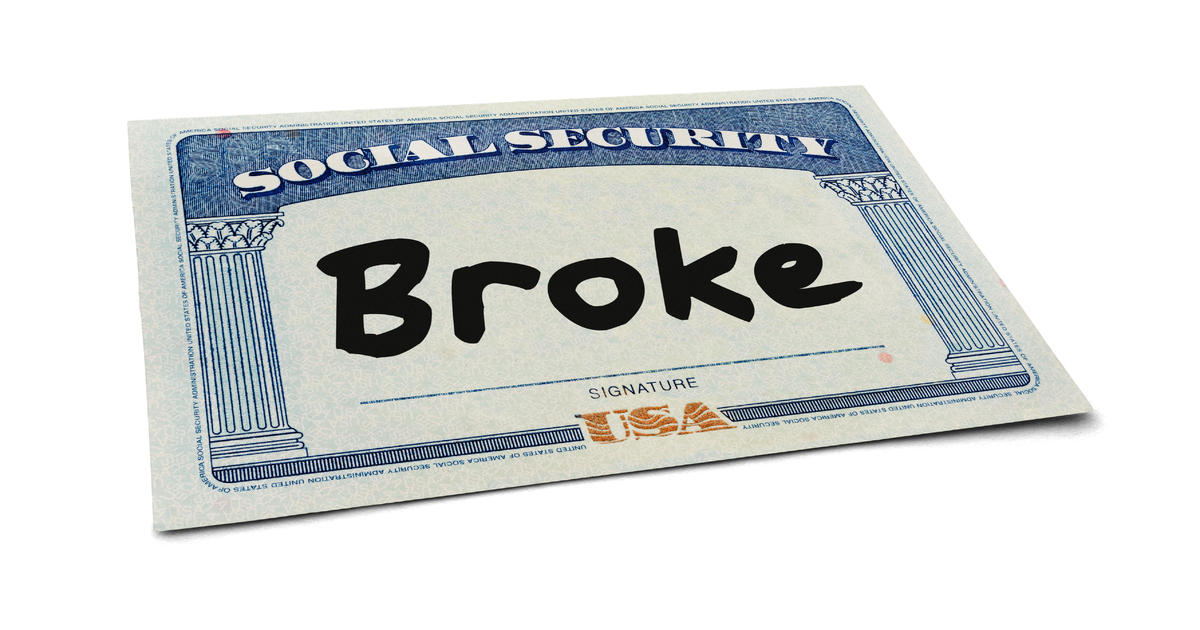 As Social Security’s funding problems loom ever closer on the horizon, the program has emerged as a pet project on many lawmakers’ fix-it list.

Now in control of the House, Democrats have thrown their weight behind a measure that would extend and expand the program — largely by asking high earners to pony up, along with a gradual increase in the Social Security tax rate that applies to workers’ income.

“Democrats have agreed that we should expand, not cut, Social Security and have the wealthy pay their share,” said Nancy Altman, president of advocacy group Social Security Works.

More than 200 lawmakers, all Democrats, have signed onto the Social Security 2100 Act in the House. Introduced by Rep. John Larson, D-Connecticut, the bill would require that earnings above $400,000 be subject to the payroll tax that funds the program.

Currently, earnings above a certain level — $132,900 for 2019 — are not subject to Social Security taxation. This means someone who makes $132,900 pays the same amount into the program as someone earning, say, $1 million.

A CBO report released in December shows that because earnings for the highest-paid workers have grown faster than the average wage, about 83 percent of earnings fell below the Social Security’s taxable wage cap in 2016, down from 90 percent in 1983.

“When Congress enacted Social Security changes in 1983, no one anticipated the income stagnation,” Altman said.

The bill also would gradually increase the payroll contribution by workers and employers to 7.4 percent each by 2043 from 6.2 percent (to 14.8 percent altogether from the current 12.4 percent).

Social Security recipients also would benefit, getting an increase of about 2 percent of average benefits. And, the yearly cost-of-living adjustment — called COLA — would use a different formula to determine annual bumps intended to more accurately reflects rising costs for older Americans.

Additionally, the bill also would create a new minimum benefit set at 125 percent of the poverty line and take other steps to ease financial pressure on retirees, including doubling the amount of Social Security income that isn’t subject to taxation.

The end result would be extended solvency for the program for 75 years, according to Social Security’s Office of the Chief Actuary.

A recent poll conducted by The Senior Citizens League of its members explored what they thought the new Congress should focus on. Boosting Social Security benefits was cited by 42 percent, followed by reducing taxation of those benefits at 31 percent (reducing prescription drug prices came in third, at 18 percent).

“I think there’s a growing sense that something needs to be done,” said Mary Johnson, Social Security and Medicare policy analyst for the league. “It can take time to get legislation with many moving parts up and running, so you need to allow time to phase in changes.”

However, congressional Republicans typically have balked at the idea of expanding the program due to the associated higher taxes that would come with it, and past GOP proposals have advocated reducing benefits as a way to ease the program’s financial woes.

And, not everyone supports a program expansion.

Biggs also said that while tax increases would eliminate shortfalls, higher taxes could increase borrowing and debt by low-income workers and reduce work and encourage tax evasion by higher earners, according to his written testimony.

While it’s not certain whether Larson’s bill would be able to clear the House in its present form anyway, a a Democrat-controlled House bodes well that it could progress.

However, as with most major pieces of legislation, it could go through various iterations before facing approval or rejection by the full House. And even if it made it through, the measure would also need approval from the Republican-dominated Senate, where priorities could be much different.

“If it gets through the House, and then goes to the Senate and doesn’t get brought up for debate or a vote, it’s going to be a 2020 election campaign issue,” Altman said. 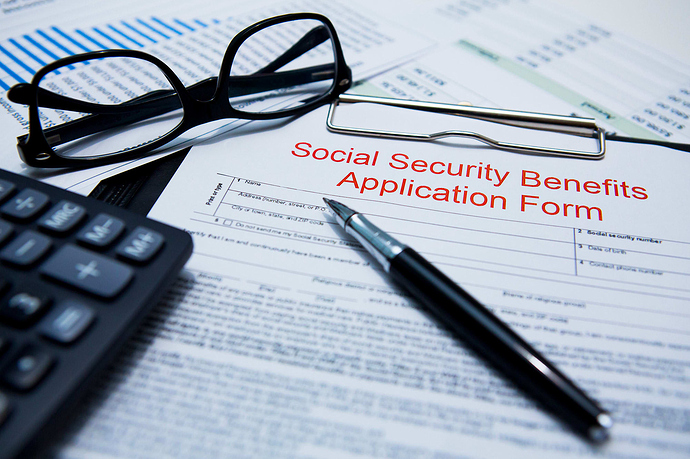 A bill that has the backing of more than 200 Democratic lawmakers would both fix the program's financial woes and expand benefits, largely by raising taxes on high earners and through a gradual payroll tax increase.

Here is Social Security expansion in a nutshell:

“Guys, we’re super screwed so let’s take this shitty program that steals from the young to pay for the poor and lift all limits on how much the government is allowed to steal"

Before anyone even considers social security expansion I want to see a full accounting of how Congress pilfered social security over the years to fund their own pet projects.

Oh, and never trust a socialist who wants to remove government limitations on anything. 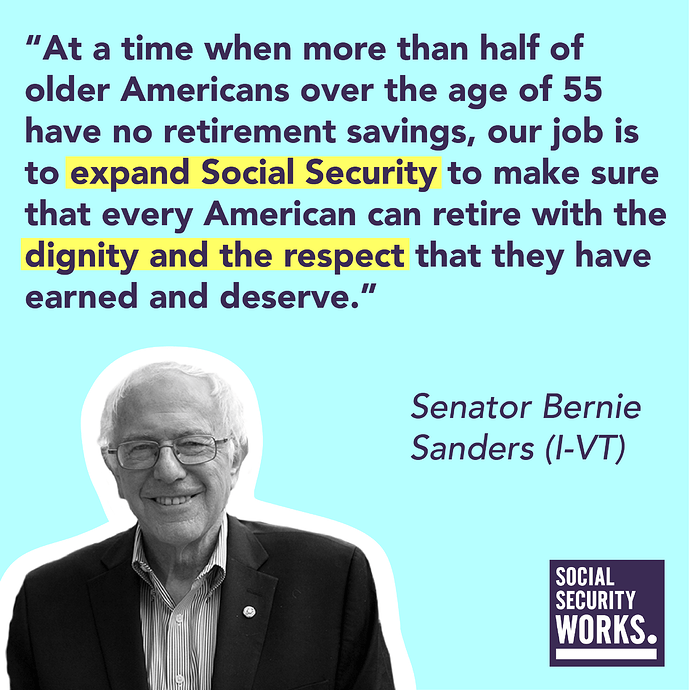 7% of the Population of the United States get a DIRECT Paycheck from the Government each and every month. That is around 25 million.

49% of the Population of the United States get a DIRECT Assistance Payment from the Government each and every month. That is 160 million.

This game is over. The only task left is prepare the best you can for the coming barbarism. Hard times make hard men.

I say remove the cap, no matter how much a person earns they pay into SS.

The payroll tax also would gradually rise to 14.8 percent

Let see how many MORE way dems can kill JOBS !!!

Of course this sounds good to all the liberal morons making under 400k a year, until it’s twenty years later and 400k is worth 100k and they are.

What’s the reasoning? Just because someone earns above $132.900 doesn’t mean they should be exempt. They aren’t exempt from paying federal taxes so why SS.

What gets my goat is once you have reached the max credits you are still forced to pay into SS. Even though you won’t receive past the max payout upon retirement.

When there is a surplus in SS funds that surplus is used for other things besides SS. Last time there was a surplus was under Bill Clinton. The surplus was used to help pay down the national debt. It was not some underhanded move on his part. It’s just how the program was designed.

They aren’t exempt. They pay into SS on every dollar they earn up to the limit. It’s not like they hit a salary number and are exempt from paying into SS. The idea is, high income earners are still paying in WAY more than average to low income earners. The government decided not to make it too lopsided and penalize high income earners more than they already do. High income earners get to keep what they make after they hit the maximum contribution. I am one of those people. Believe me - I pay more than my “fair share” for those who don’t.

It’s all based on credits. Those that paid in a lot less will receive less at retirement.

So I need to subsidize them? Why didn’t they try harder at life?

They should learn to code.

And high income earners will never pull out what they have put in. As with all things - they are carrying the entitlement class.

I reached the max payout at age 45.

Hmm - it was never designed for 45 year olds to collect at that age.

I don’t believe there is anyone who gets back what they actually paid in now. There are however plenty of people getting more back than they ever paid into it.

It should be dissolved. It is no longer a public trust fund as it was intended to be and is now an entitlement, as well as another slush fund for the crooks in Congress.

It should be dissolved. It is no longer a public trust fund as it was intended to be and is now an entitlement, as well as another slush fund for the crooks in Congress

Be careful. Baby boomers, including myself, have made SS a major part of their retirement planning. Simply dissolving it would have major consequences.

I’d like to see people be able to opt out of it, but if and only if they have a 401K

I like the idea of privatization, but I believe it should be optional. My further opinion is that any changes shouldn’t impact those already receiving SS benefits or those getting ready to receive them.