A Virginia sheriff has vowed to deputize thousands in his county should the state government pass stringent gun control measures.

The Culpepper County Board of Supervisors unanimously agreed to proclaim the county a Second Amendment Constitutional County last week, according to Fox News. At the meeting, Sheriff Scott Jenkins announced that he would deputize masses of Culpepper residents to protect their Second Amendment rights.

“My office will always encourage and support our citizens in firearms training, concealed carry permits, and the ability to defend themselves and their families,” Jenkins’s office wrote in a Facebook post during the meeting. "If necessary, I plan to properly screen and deputize thousands of our law-abiding citizens to protect their constitutional right to own firearms. 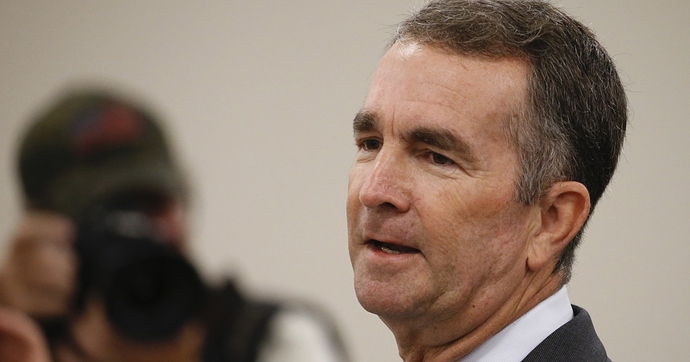 A Virginia sheriff has vowed to deputize thousands in his county should the state government pass stringent gun control measures. 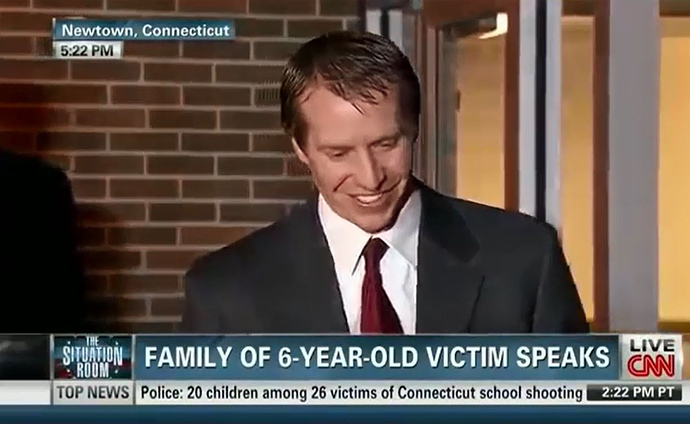 In the hours, days and weeks following the death of a loved one, there are times when the grief, sadness and mourning gives way to the blessed relief of a light moment when one is not crying and inconsolable.

I dont know the details, but I gather from comments in another thread, that this is a picture of a father whose child was shot dead at a school massacre. And there are some who criticize his seeming ‘joy’ at his child’s death.

With those assumptions, I base my comments.

The intrusion of the media may have forced him to resume playing the role expected of him despite the naturalness of the mood swings. One minute wracked by tears and the next moment laughing heartily at something funny.

This is irresponsible reportage or posting to suggest a father would not be overwhelmingly sad at the death of his child just because he was caught by news cameras smiling or laughing.

You capitalize on his cycles of grief and make it seem perverse.

Damn the grown up “children” in the media who know nothing about life but to use it for their own immature purposes.

Hey bud - help me out here.

I just got a system notification that you did a duplicate post. I think where you originally put your post was the right spot. No sense in having multiple threads about the same topic.

When you post please try to remove any images that inadvertently get pasted in.

Please also use the “quote text” button or put a > for any text that isn’t your own original thought.

My office will always encourage and support our citizens in firearms training, concealed carry permits, and the ability to defend themselves and their families,” Jenkins’s office wrote in a Facebook post during the meeting. "If necessary, I plan to properly screen and deputize thousands of our law-abiding citizens to protect their constitutional right to own firearms.

That looks like this when you are formating it:

> My office will always encourage and support our citizens in firearms training, concealed carry permits, and the ability to defend themselves and their families,” Jenkins’s office wrote in a Facebook post during the meeting. "If necessary, I plan to properly screen and deputize thousands of our law-abiding citizens to protect their constitutional right to own firearms.

I am once again getting the feeling this really may not be my kind of place to post.

I want nothing but to get along and post my views and explore and comment on others ideas.

In time PB will be big enough that the formatting and procedural things that seem really
important to enforce wont be seen as being all that important, or that the mods will have so much else to do that policing these things will drop a few rungs down the priority ladder.

Or, the insistence on enforcing these rules will keep out so many like myself that one day the powers that be might ask if the forum’s growth is impeded by the rules and enforcement such as it is.

But then again, maybe this is all to keep from admitting that some folks here just dont like my style of posting or my attitude and being able to use rule enforcement to get me to leave is the smart thing to do.

Good bye Tyfoon, and farewell to those who are God fearing, unbigoted patriots, and good luck.

You just gotta love the new people who show up and think they run the show.

They often forget to realize that we, the community, are the ones that set these standards over the years.

I don’t think I’m going to miss threads getting filled up with irrelevant pictures and copy/pastes from IMDB about movies from 50 years ago that have nothing to do with what’s being discussed.

Another self-exile bites the dust!

What a drama queen! @Tyfoon you were only trying to help him. Probably better that you try to do that than us. I’ll openly admit I was filing complaints about him because I was getting sick and tired of all of these junk emails from his posts. I like reading the summary emails and catching up on what’s been going on, especially around the holidays when we are all so busy. That’s hard to do when there’s a bunch of crap loaded in there.

You should go test your theory in the free market and start your own forum. Let’s see how much you like people derailing threads the way you do.

I tried to help you yesterday a little bit. Looks like others have been trying to do the same thing. Oh well.

You might like the way that you post stuff but others might have trouble following along. I’m sorry but you don’t have the right to take a discussion in any direction that you choose. Can you imagine if you did that to a bunch of people in real life having a conversation? My guess is the biggest man in the room would stand up and show you the door.

Nice of you to let yourself out. 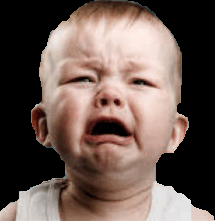 Wow, you were being very respectfully helped out.

Hey bud - help me out here.

I am once again getting the feeling this really may not be my kind of place to post.

I’ve had my hand slapped a few times

(and trust me that wasn’t even a hand slap

). Probably everyone here has at one point or another.

We put on our big boy/girl pants and remember we are guests in someone’s home. A home with a unique personality. If we are politely asked to take our shoes off before entering this home, we either do it or we can walk away.

I’m rather disappointed this is all it took for you to walk away.

Best to you @Babalu and I mean that with all sincerity.

We can all improve. @Patriot fixed me up with some good sensitivity training lol

We can all improve.

Never ends until the day you die. Just when you think you’ve found your groove? Oh whack.

You’re doing a damn fine job as is @KVN

You have a hell of a lot of support here even if at times it feels thankless.

Agree that, because I like Babalu. I wish there were more Brits though; the 2 or 3 we had here seem to have decamped.

I’ve been banned from many messageboards by bigoted or left-wing moderators - even a site owner on one occasion, because I questioned the weird habit females have of ‘distressing’ their jeans, and later found out that her daughters do it - and I suspect that Babalu (who has similar views to me) might eventually come back here.

I too. He’s almost as arrogant as I. If I ever get over being conceited, I’ll be perfect!