Slow and Steady: Trump Has Built Less Than Two Miles of [Artistic Steel Slats] So Far! 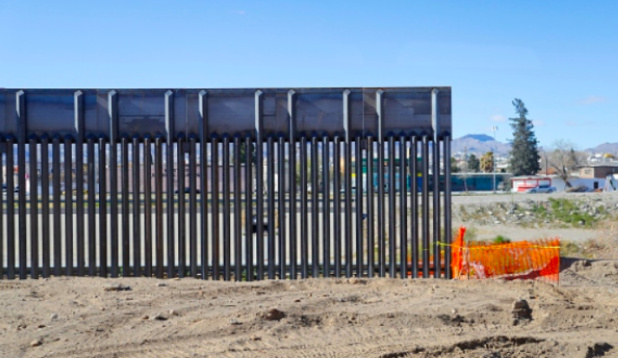 Now I know what you’re thinking.

Less than two miles seems like a very small amount.

But this is the patented Jeb! Bush low-energy approach that will appease the media and get the RINOs in Congress aboard. If the Wall creeps across the border a few inches a month, no one will notice and no one will object and call Trump a racist. 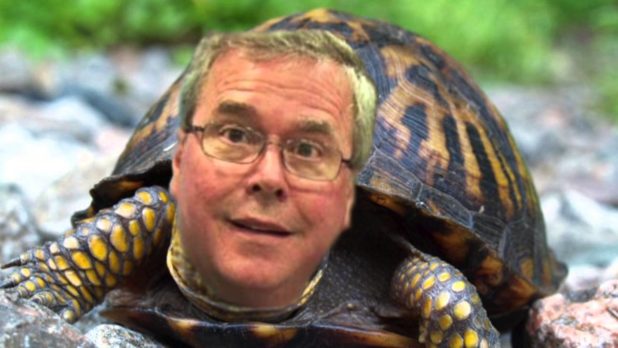 It’s all part of the plan, fam.

U.S. Customs and Border Protection has put up just 1.7 miles of fencing with the US$1.57 billion that Congress appropriated last year for President Donald Trump’s wall along the Mexican border, a federal judge was told.

A lawyer for the U.S. House of Representatives provided the information Tuesday to the judge in Oakland, California, who is weighing requests from 20 state attorneys general and the the Sierra Club to block Trump from using funds not authorized by Congress to build the wall.

“The administration recently provided updated information to Congress on the status of its efforts as of April 30, 2019,” the attorney, Douglas Letter, said in a court filing. “Based on that updated information, it appears that CBP has now constructed 1.7 miles of fencing with its fiscal year 2018 funding.”

That was 3/4 of a mile more than the administration reported at the end of February, Letter said.

The good news is that the Wall was always just a metaphor for WINNING and owning the libs in the minds of his supporters.

Furthermore, anyone who raises an eyebrow is a hater. That’s the new talking point from the White House.

Also, tremendous work is being done on pure renovation - fixing existing Walls that are in bad condition and ineffective, and bringing them to a very high standard!

Yet another smooth redirection and slick reassurance, lest anyone starts to get worried about the direction that MAGA has taken. If anything, the whole Trump experiment was a very instructional exercise in how mass democracy works. 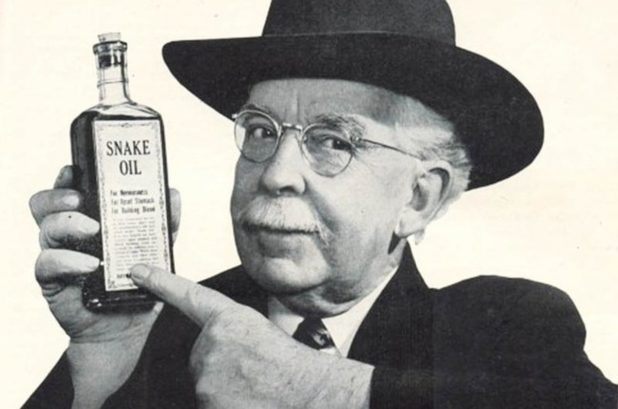 Apparently, most normies don’t really care about what politicians promise - even if they say they do. Results don’t matter, only the rhetoric does.

You’d think it would be the opposite, but Orange Man has even taken it a step further and proven that it doesn’t really matter if you stay consistent or not. You can go from MAGA to whatever it is that we have now - ■■■■■■ mass-immigration neocon anti-socialism - and your normie supporters won’t notice.

They’ll just cheer you on anyway. 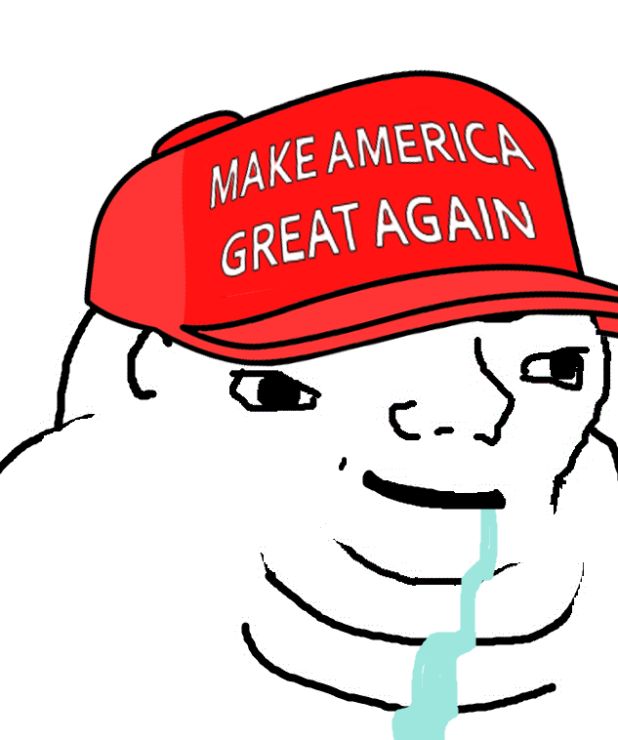 But this is the patented Jeb! Bush low-energy approach that will appease the media and get the RINOs in Congress aboard. If the Wall creeps across the border a few inches a month, no one will notice and no one will object and call Trump a racist.

This is so stupid. It gives Trump an out though. Whenever he gets challenged about building the wall he begins talking about his big beautiful steel fence that goes up at the rate of about two slats a month. In that time tens of thousands of illegals have already gone up over or under our existing fences. So fucked.

There was never going to be a “big beautiful wall”. Republicans don’t want it…

You people really don’t seem to understand how this works. It’s not like he’s handed a ball of money on Monday, cuts a check for the job on Tuesday, and has it completed a week later.

There are massive hurdles that have to be overcome at every step of the way.

As those hurdles are overcome more and more of the construction will be completed.

You folks need to get a grip and a basic understanding of the subject matter.

What basic understanding does anyone need beyond that…the wall that we were promised isn’t getting built.

Israel has a really nice wall though paid for by US taxpayers.

You Trump-haters are out to lunch…blinded by your own ignorance.

In a “Border Wall Status” update issued Monday, the CBP reports that thus far $6.1 billion has been allocated to building the wall, which it estimates will result in a total of “approximately 336 total miles” of border wall over the next couple of years. The report provides a breakdown of the different types of wall construction the 336 total miles will include:

Thus, a total of 110 miles of the project will be “new” wall, while approximately 226 miles will be “updated” construction.

Thus far, 20 miles of new border wall has been constructed “through the traditional appropriations process and via Treasury Forfeiture Funding,” the CBP reports.

In addition, the report specifies that “approximately 39.5, or about 99%, of the 40 miles of new border wall in place of pedestrian fence and vehicle barrier funded by the FY 2017 enacted budget” has been completed. Thus, around 60 miles of new wall has been completed during Trump’s presidency when the budget secured by the Obama administration is included.

The federal acquisition regulations (FAR) are a bit above the grade level of these critics.

You mean we Trump voters who aren’t please with his progress.

Either way, you’re displaying some ignorance.

Why? Because I am holding the president accountable for his words and promises?

No. Because you are supporting the “only 2 miles built” bullshit.

Read the link I posted.

No. Because you are supporting the “only 2 miles built” bullshit.

No I’m not. I’m pissed off about the steel slats being called a wall. It’s a fence and it is not effective. It’s also being slow rolled, which is also unacceptable.

It’s also being slow rolled, which is also unacceptable.

What has Crazy Nancy said about funding the wall?

The obstruction and delay is coming from opponents of any barrier at the border…mostly Democrats that want a completely open border. One delusional bastard is running for the Presidency and said he would take down all of the existing barriers.

It is getting built, it takes time because of not only the basic engineering and logistical challenges but because of all of the legal hurdles being thrown up to stop it.

Those are all excuses and distractions. The fact is Trump can direct the Army Corps of Engineers to build the wall. Trump can pay for the wall out of the defense budget. He doesn’t have to ask permission for any of that. The executive branch can make determinations as to how money within DOD is going to be spent. As long as the money is not obligated it can be swept and allocated to a UFR - which this would be.

Surely you’re not simple enough to think he could circumvent the rules of physics and US law and simply wave a want instantly creating it did you?

We elected a president, not an Emperor or Magician. Congress screwed him by not making an all out effort to get the funding through during his first two years.

No. Trump is just failing to deliver in an area where he can.

None of which can he do without following all of the laws, regulations, and court orders relative to the construction. Right now there are more than 30 lawsuits pending and several TRO’s.

It takes months or years to fight these suits out in court.

The procurement process alone can take six months to a year on most projects even when there’s a no bid contract and no opposition.