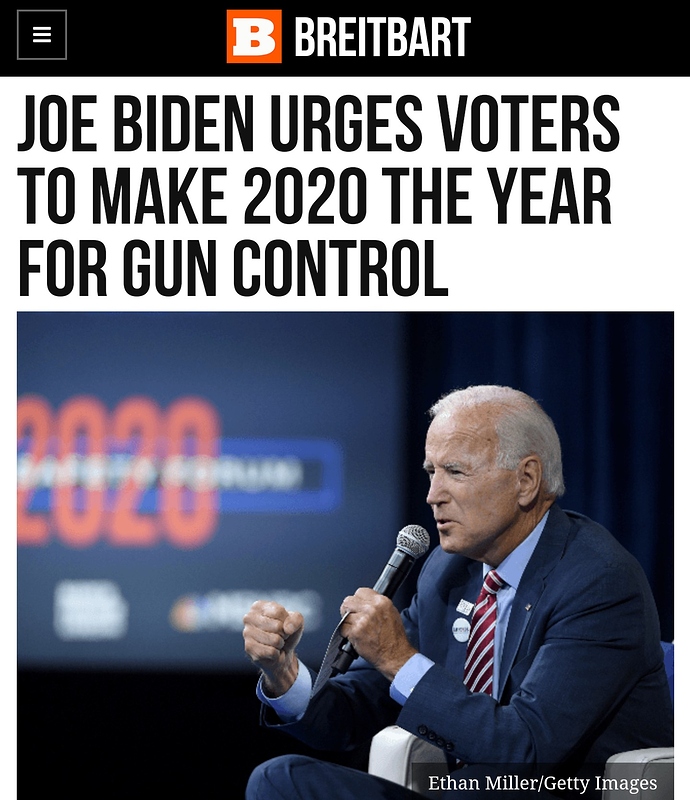 Democrat presidential hopeful Joe Biden launched into the New Year by urging voters to make 2020 the year for gun control.

Biden did this while re-tweeting an Associated Press story which showed an elevated number of mass killings in the U.S. in 2019.

Ironically, the list was not simply about firearm-related killings, it included killings carried out with axes, knives, and other weapons too.

Moreover, the AP story showed California–the state with more gun control than any other–also had the most “mass slayings” of any state in 2019.

But Biden re-tweeted the story anyway, and used it to call for gun control:

2019 was a year of record violence — it will be a moral failure if we allow 2020 to be the same. We have to elect leaders with the courage to take on the @NRA and pass common-sense gun safety reform. We have to end this epidemic. twitter.com/latimes/status…

On December 29, 2019, armed congregants at West Freeway Church of Christ, White Settlement, Texas, responded to an armed attacker. One congregant shot and killed the perpetrator just seconds after the attack began.

Just months earlier, Biden had criticized Texas’ law allowing concealed carriers to be armed in church for self-defense. He described the law as “absolutely irrational.” 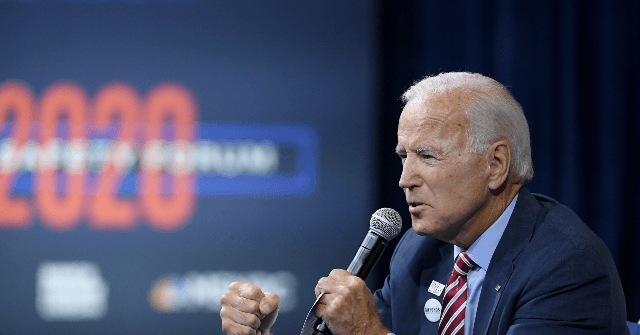 Democrat presidential hopeful Joe Biden launched into the New Year by urging voters to make 2020 the year for gun control.

Joe Biden is a moron. Anyone who takes him seriously or thinks he is fit to lead this country is as well.

Shall not be infringed. Guns save lives.

Leave what is up to God up to God. I don’t wish death or harm on anyone no matter how much I disagree with them politically.

Let him and his crack head son come and take it. I would welcome the opportunity.

I welcome him against Trump in debate.

I think Biden might foam at the mouth so much he’d lose his dentures. Or, heck. Maybe he’d challenge Trump to some push ups or invite him to feel his hairy legs to show his manhood.

What’s hilarious is a god too impotent to protect those huddled in her worship. They must arm themselves to have some form of safety in prayer…

“What’s hilarious is a god too impotent to protect those huddled in her worship. They must arm themselves to have some form of safety in prayer…”

Really? You have nothing valid to say so you poke fun at people’s religious beliefs. Are you so small you have to make fun of people? Really? Please stick to valid arguments and counter arguments and not name calling.

Right, “Vengeance is mine sayeth the Lord”. But He doesn’t say what instruments He will use. Anyway: Praise the Lord & Pass the Ammunition.

Vice President Joe Biden told Field & Stream magazine in an interview. “[if] you want to keep someone away from your house, just fire the shotgun through the door .” Now what harm could a little 00 Buck do. Probably won’t be too popular with USPS - FedEx - or UPS. Then again, we conveniently forget, Biden is circling Mars.

Really? You have nothing valid to say so you poke fun at people’s religious beliefs.

What I said is very valid, and ALL religion is bullshit.

What name calling? Care to quote me calling you or any other poster names, hmmmm?

I’ve been told religion is a crutch; and maybe so; but what if you really need a crutch to keep you balanced? Everyone has faith in some way, shape, or form. Now, I have no time for any doctrines that can lead to human misery; but I know there is order in the universe; and I do not think it’s all a cast of the dice. That being said, we are all part of the cosmos.

The cosmos is the Universe. Using the word cosmos rather than the word universe implies viewing the universe as a complex and orderly system or entity; the opposite of chaos. The cosmos, and our understanding of the reasons for its existence and significance, are studied in cosmology – a very broad discipline covering any scientific, religious, or philosophical contemplation of the cosmos and its nature, or reasons for existing. Religious and philosophical approaches may include in their concepts of the cosmos various spiritual entities or other matters deemed to exist outside our physical universe.

And we think your religion of non-religion is bull shit.

Which is perfectly fine…That’s called “freedom”…