For some years now, I have read several times that the BBC radio was a bias forum totally in favor of extreme leftist ideas. Brexit supporters claim they never received the same attention as others.
Now the BBC has gone overboard by portraying Islamic slavery as nice and humane. Even Islamic scholars jumped into the fire suggestion that the BBC has made a gross error it is judgement. Is it possible to have fun while being an Islamic slave?

These figures are a rough estimate of the death of non-Muslims by the political act of jihad.

Africa
Thomas Sowell [Thomas Sowell, Race and Culture , BasicBooks, 1994, p. 188] estimates that 11 million slaves were shipped across the Atlantic and 14 million were sent to the Islamic nations of North Africa and the Middle East. For every slave captured many others died. Estimates of this collateral damage vary. The renowned missionary David Livingstone estimated that for every slave who reached a plantation, five others were killed in the initial raid or died of illness and privation on the forced march.[Woman’s Presbyterian Board of Missions, David Livingstone , p. 62, 1888] Those who were left behind were the very young, the weak, the sick and the old. These soon died since the main providers had been killed or enslaved. So, for 25 million slaves delivered to the market, we have an estimated death of about 120 million people. Islam ran the wholesale slave trade in Africa.
120 million Africans

Christians
The number of Christians martyred by Islam is 9 million [David B. Barrett, Todd M. Johnson, World Christian Trends AD 30-AD 2200 , William Carey Library, 2001, p. 230, table 4-10] . A rough estimate by Raphael Moore in History of Asia Minor is that another 50 million died in wars by jihad. So counting the million African Christians killed in the 20th century we have:
60 million Christians

Hindus
Koenard Elst in Negationism in India gives an estimate of 80 million Hindus killed in the total jihad against India. [Koenard Elst, Negationism in India , Voice of India, New Delhi, 2002, pg. 34.] The country of India today is only half the size of ancient India, due to jihad. The mountains near India are called the Hindu Kush, meaning the “funeral pyre of the Hindus.”
80 million Hindus

Buddhists
Buddhists do not keep up with the history of war. Keep in mind that in jihad only Christians and ■■■■ were allowed to survive as dhimmis (servants to Islam) everyone else had to convert or die. Jihad killed the Buddhists in Turkey, Afghanistan, along the Silk Route, and in India. The total is roughly 10 million. [David B. Barrett, Todd M. Johnson, World Christian Trends AD 30-AD 2200 , William Carey Library, 2001, p. 230, table 4-1.] 10 million Buddhists

■■■■
Oddly enough there were not enough ■■■■ killed in jihad to significantly affect the totals of the Great Annihilation. The jihad in Arabia was 100 percent effective, but the numbers were in the thousands, not millions. After that, the ■■■■ submitted and became the dhimmis (servants and second class citizens) of Islam and did not have geographic political power.

This gives a rough estimate of 270 million killed by jihad.

Oh I see, so that’s why the slave-trading in modern-day Somalia and Libya is tolerated. Fair-trade “labors” coming to the Whole Foods / Target near you when.

When Colonel Muammar Gaddafi was in charge of Libya, Slave Trade was punishable by death. Blacks were treated equally and he employed and surrounded Himself wit 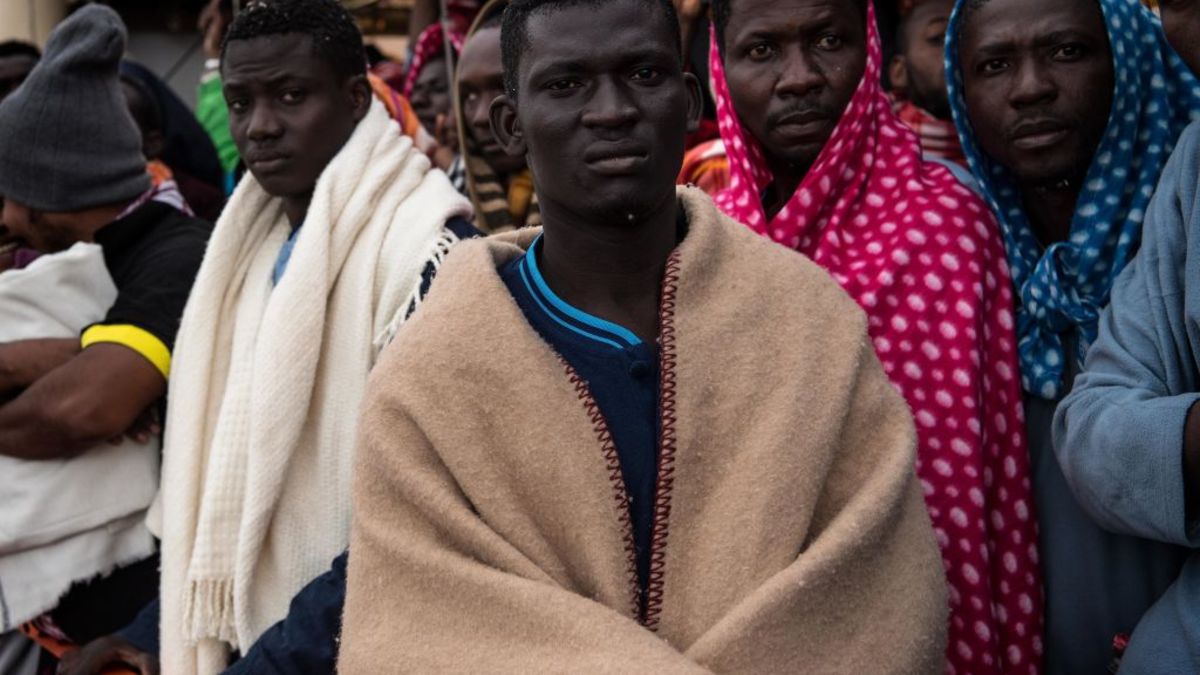 How Obama’s ‘Worst Mistake’ Led to the Libyan Slave Trade

When CNN broke the story several weeks ago that slavery—not wage slavery, not emotional slavery, not virtual slavery, but actual whips-and-chains-forced labor slavery—was alive and well in the North African nation of Libya, Americans finally started... 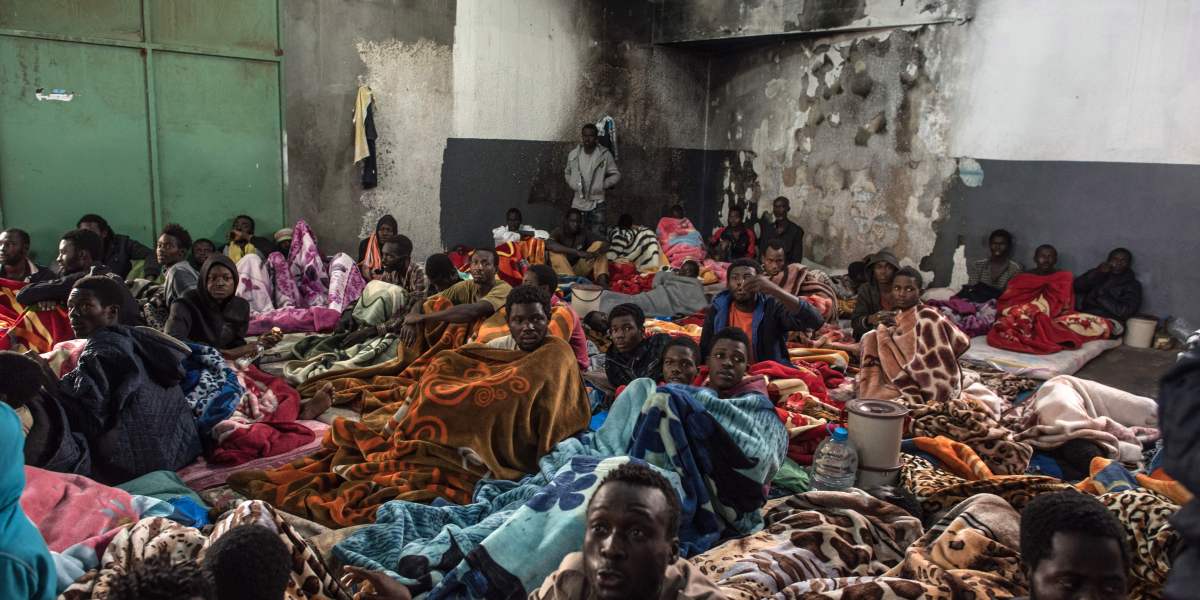 Libya Slave Trade: What You Don't Know, But Should

An estimated 400,000 to 1 million migrants may now be trapped in Libya. 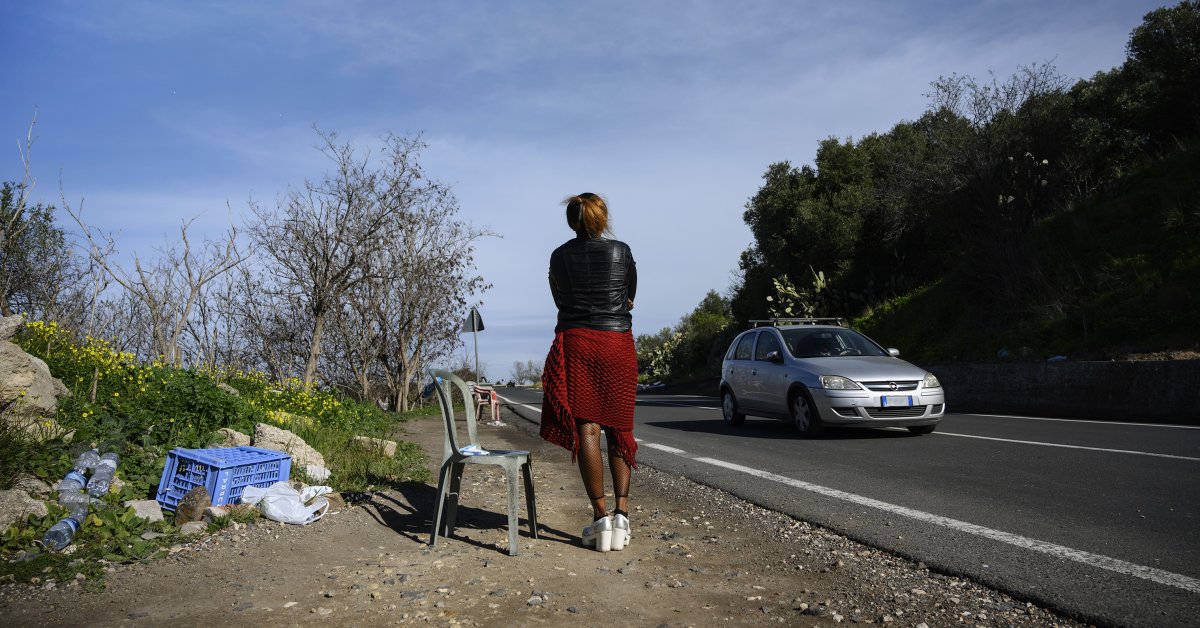 'It Was As if We Weren’t Human.' Inside the Modern Slave Trade Trapping...

Tens of thousands of men and women crossing the Saharn desert find themselves trapped in a cycle of extortion, imprisonment, forced labor and prostitution

Context is everything. First of all the BBC article was discussing the quotes that are posted above. They were not making a pro slavery case. Secondly, the below paragraph From the same article seems to have been conveniently missed out in this thread.

“But the essential nature of slavery remained the same under Islam, as elsewhere. It involved serious breaches of human rights and however well they were treated, the slaves still had restricted freedom; and, when the law was not obeyed, their lives could be very unpleasant.“

So if I say “Hitler did nothing wrong” followed by “Hitler was still essentially a bad person”, then it’s okay?

The BBC was not saying that. They were discussing two quotesr regarding Islam and slavery.

It is an interesting article but I do not come away from it thinking that the BBC is somehow condoning Islam.

Whats really pissing you off is the fact that not everyone is buying into the prevalent attitude on here that Islam needs to be hated along with all muslims.

I have lived and worked amongst muslims and guess what. They are just like you and me. Not all Christians are devout who go to church ever Sunday and follow ever teaching in the bible and muslim are just the same.

Thanks for putting words in my mouth a,d showing how tolerant you are. I was condemning modern-day slavery and you have have to get your panties in a twist. Go back and read my post.

But apparently you support Hitler too. Good to know.

Put the Numbers
in Perspective

I have read the Hadith,two versions of the Koran, two biographies of Mohammed, learned basic Kurdish and was a flight instructor during the first Gulf War. My advice/STAY AWAY FROM Islam.