Fascinating, not only in how these guns shoot down missiles - but also in how quickly they know to stop shooting…

This is part of Israel’s "Iron Dome" defense system.

There appear to be at least two high speed guns out of view of the camera, maybe more. At least 50 cal. or maybe 20 mm for the range they are shooting.

The white can in the foreground appears to be for close-in fire, in the event the longer range guns do not do the job All this is radar/computer controlled, no human action except to turn it on.

What we are seeing are real shoot-downs, rockets launched from Lebanon aimed at Tel Aviv or other populated targets.

Note that this system is a modification of a system deployed on most of our navy ships. It was originally designed to protect our ships from very low flying missiles.

WOW!! Fascinating and terrifying at the same time.

Unlike the Commie countries, Israel has superbly educated experts to develop military weapons that work and are dependable.

There are videos of this on our naval ships.

Yes. We’ve had Phalanx for years, maybe decades, on some of our ships. I’m not sure of the caliber of the early systems, but the rapid fire and computer aiming has been around for a long time. 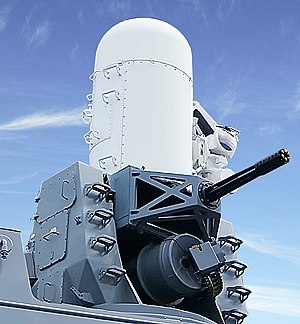 9X Block 1B 13.66M USD each for SK 13 sets MK15 Phalanx Block 1B Baseline 2 for TW, 8 set is for upgrading the current Block 0 to MK15 Phalanx Block 1B Baseline 2, total cost: 0.416B with 260K MK 244 MOD 0 armor piercing bullet, Baseline2 is the newest model in Block 1B on 11/2016[clarification needed] The Phalanx CIWS (pronounced "sea-wiz") is a close-in weapon system for defense against incoming threats such as small boats, surface torpedoes, anti-ship missiles and helicopters. It was designed... 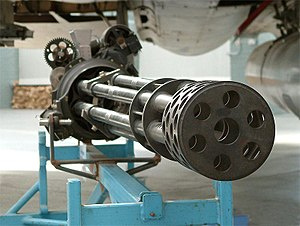 The Israel’s have developed a tank (Merkava) that is along side the Abrams and Leopard. Its the only one with a front engine to help protect the crew.With being outnumbered, they believe in crew survival to fight another day.