Showing Again That It's The Left Who Are The Racists: Dyson (Leftist Professor) Winsome Sears Is a ‘Black Mouth Moving,’ Justifying GOP’s ‘White Supremacist Legacy’

Lt-Gov. Winsome Sears is not ONLY an immigrant from Jamaica she also served as a United States Marine and these filthy Leftist racist POS trash this woman, they are literally LOWER than whale shit. 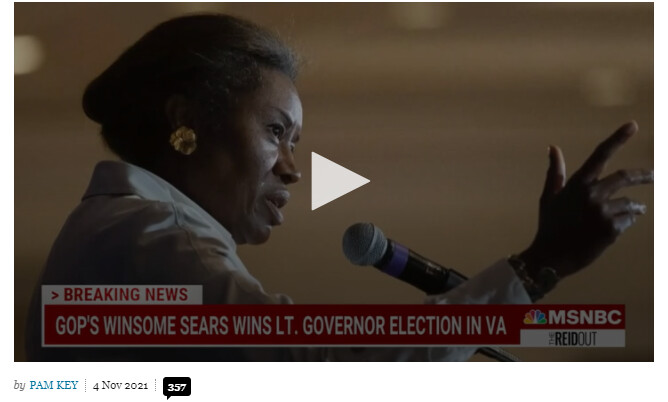 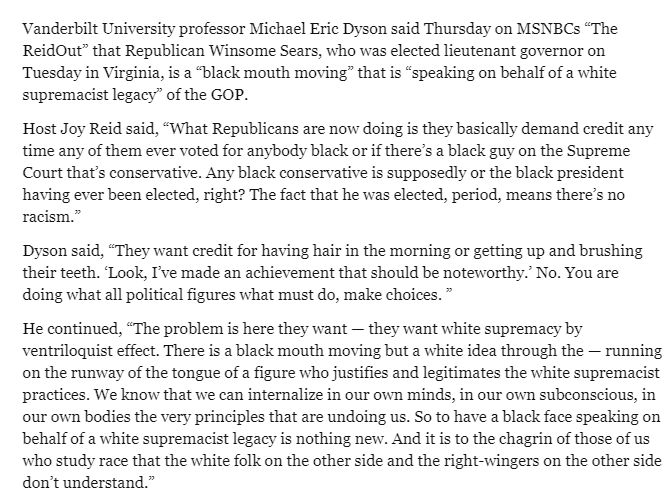 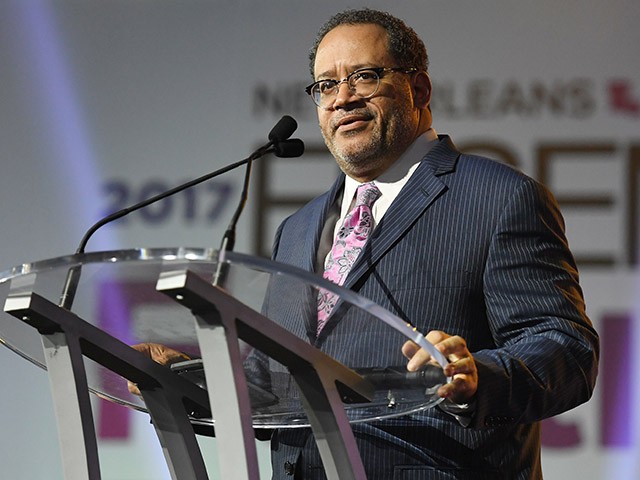 Vanderbilt University professor Michael Eric Dyson said Thursday on MSNBCs "The ReidOut" that Republican Winsome Sears, who was elected lieutenant governor on Tuesday in Virginia, is a "black mouth moving" that is "speaking on behalf of a white... 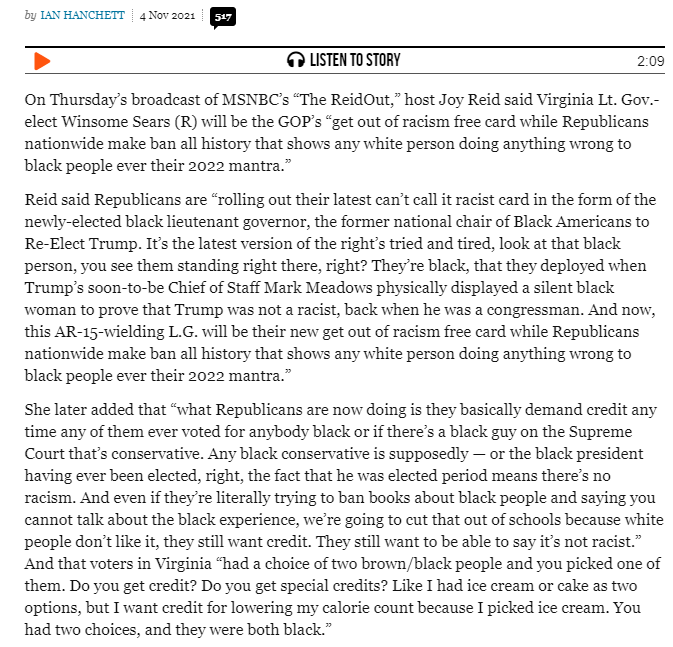 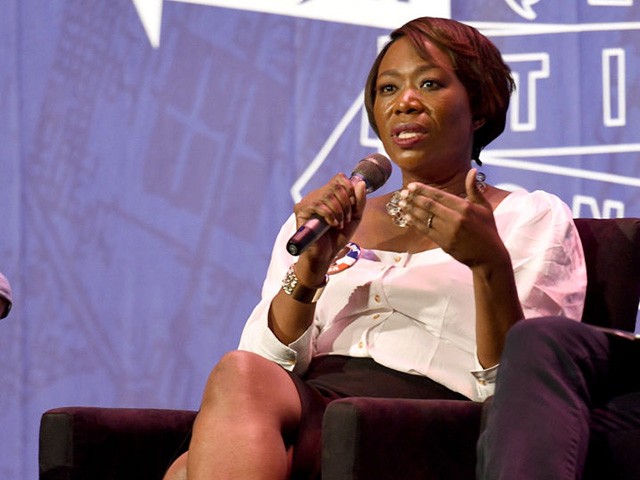 Joy Reid: Winsome Sears Will Be 'Get out of Racism Free Card' for GOP While...

On Thursday's broadcast of MSNBC's "The ReidOut," host Joy Reid said Virginia Lt. Gov.-elect Winsome Sears (R) will be the GOP's "get out of racism free | Clips

I’m so fucking tired of dems thrashing whites and blacks that will not fall for their brand of lunacy . Blacks are allowed to degrade , bash , and say whatever they like no matter how fucking racist it is because they have become exempt from being called out , while whites walk on eggshells and the slightest mention of race , religion , Country , fruits , vegetables , hair , etc brings out the rabid dogs .

Dems have amnesia of history of the post reconstruction South and the origin of the KKK. They have in the past made black Americans dependent on government handouts( welfare), housing projects and supprted segregated schools . How many Governors of southern states stood in front of schools refusing blacks to enter? They should be the ones to call Repubs and anyone else racists.

You CANNOT use anecdotals and then broad brush everyone on the left. There’s plenty of Americans on the left that will see her as an accomplished woman, even if they disagree with some of her positions.

I told you in another thread of yours that I respect her and have no problem with her as being qualified for the job .

You are a fking racist, we already know that, so save you clutching peals moment for someone who actually cares what you think

Dyson speaks only for himself….

Talking about retarded leftists like you who should STFU! Your act gets tiresome here! 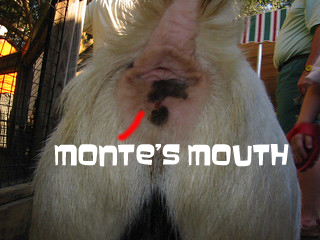