Show this to Every Climate Snowflake and They Will Shutup! Priceless

Priceless! Zero emissions, construction digger, runs out of power in 2 hours. Requiring it to be recharged using a diesel generator for 8 hours!!! 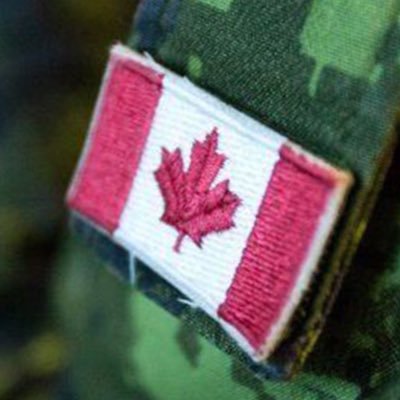 I saw a similar situation. I’m driving by an enormous bank of solar panels. They were being washed with a gas powered pressure washer. Oh the hypocrisy.

I’ve got nothing against electric vehicles if done right. I am considering buying an EV because in my city the sheer number of free charging stations is crazy, same for primo EV parking spaces. EV drivers can also use the HOV lane for free when driving alone during rush hour which is pretty great. I’ve been looking at the Fiat 500e which can be picked up for under $8k.

Clearly, the technology isn’t there yet for heavy equipment.

There is a lot to be said about EV; but it will take time. No such thing as instant gratification, when it comes to high technology. I love electric motors, maximum torque at zero RPMs ( more or less ).

Right. Going all electric on heavy equipment is absolutely stupid. The battery capacity and output just isn’t there yet. What makes it even funnier is that most job sites require generators so the point of the video is well taken. Zero emissions on a digger is a big fat lie.

As far as electric vehicles go though I’m with you. Shopping areas are starting to put electric vehicle charging stations in to attract people who drive electric cars to shop at their stores. I’ve seen a lot of them getting installed at grocery stores in my area which makes sense because most people spend a few hours in there, so why not juice up your vehicle for free while buying products at the store.

As more electric vehicles hit the road I think that a lot of these special programs and privileges will start to get pulled back.

I have one more year left on my lease so I’m not in the market right now but the idea of getting an all electric vehicle is really appealing. I like the idea that I can just plug it in at my house and I don’t need to bother with ever going to the gas station ever again.

I would only buy the cheapest EV that I could find. I wouldn’t mind getting a Tesla but they are just obnoxiously expensive and no one is really sure how long-term maintenance works. Something cheap from GM or Ford might be the best bet.

My beat to shit VW Golf Diesel got 52 miles per gallon ( OD at 55 mph ); and it could run on any fuel you could squeeze through the injectors, as long as the lubricating properties were there. I had an extra engine I paid $45. for, & an extra transmission I got for free. The car cost me $475. & I drove it for 7 years. Finally the body would no longer pass inspection. The engine is still being used to run a generator at a hunting camp. At little more than idle, it powers the entrire cabin, appliances, and outdoor lights. Probably 200 mpg for that purpose, maybe more. Engine & generator a 100 feet from the cabin , in a secure cinder block bulding, and all but dead silent when being used. A 50 gallon fuel tank is good for many weekends, Summer or Winter. A little more fuel if the cabin AC is being used.

Damn dude. That’s friggin awesome. What year was it? ﻿ Recently I gave my first Tedx talk during Tedx Roermond. Roermond is a city in the south of The Netherlands. The experience was quite interesting. The motto of Ted is “ideas worth spreading”. Apparently […]

German diesels are beasts and virtually can run forever! I had a Mercedes 300D Turbo diesel, with the cast iron engine that was amazing! One of the best cars I ever owned. I also had a VW Golf Wolfsburg Edition, ( not that shit made in Mexico, but made in Germany) a car I owned through out college and I put over 300,000 miles on that car. It was a bitch to work on though due to the tight fit and configuration of the engine design within the compartment under the hood, but that car was extremely reliable!

I know where there is a beautiful iron head 5 cyl Mercedes diesel. I just don’t know if I want to lay out the money. I live in PAs Coal Regions. My father told me, when he was a kid, he saw a locomotive pull over 3 miles of loaded coal cars. A single steam locomotive. I had a 150 with the inline six cylinder 4.9 gas engine. You could pull down trees. One of the best small truck engines ever designed. Brutally powerful. The frame went long before it’s time. Ford would do nothing for me.