SHILLS BTFO: $23 Billion Has Been Secured for the Border Wall 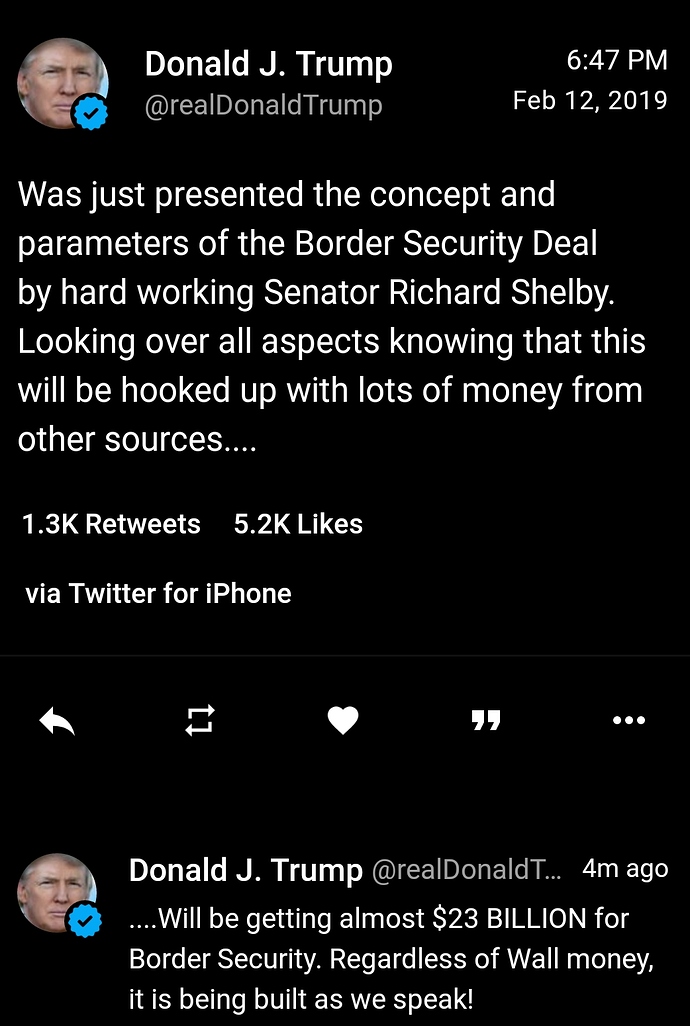 REMEMBER: shills dont have arguments. They are paid posters who repeat the lines they are paid to spread. You can’t argue with a commercial or a billboard on the side of the road, it just says the same thing over and over.

Was just presented the concept and parameters of the Border Security Deal by hard working Senator Richard Shelby. Looking over all aspects knowing that this will be hooked up with lots of money from other sources....

....Will be getting almost $23 BILLION for Border Security. Regardless of Wall money, it is being built as we speak!

Soros shills were already out in force when details of the shit deal the closed door committee came up with started trickling out. 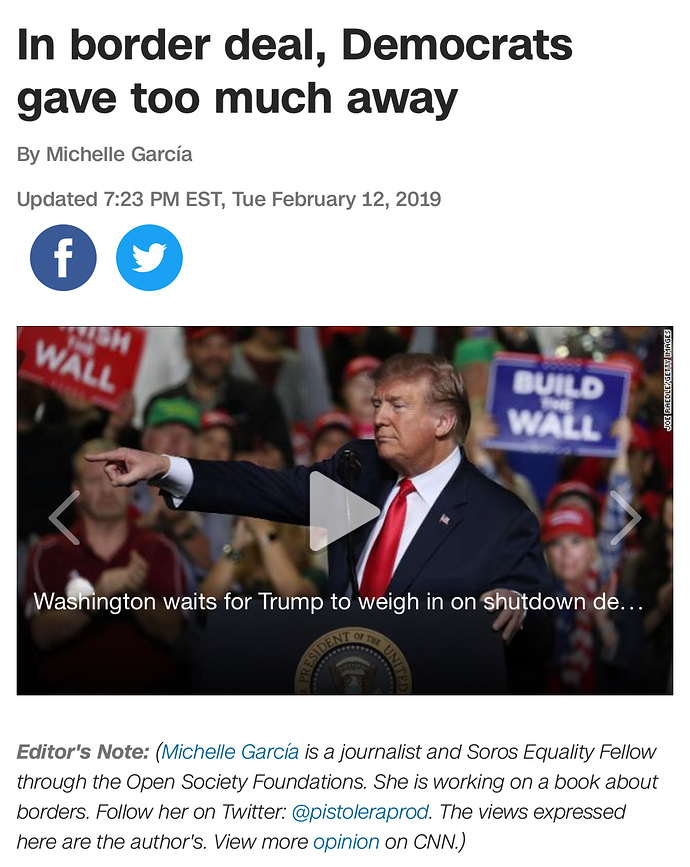 What I want to see happen is for Trump to take all of El Chapo’s drug money and use that to help pay for the wall. Then he could accurately say - Mexico paid for it.

How much for his wall?

What do you care ?

Senator Harris was namedAugust 2018 Porker of the Month for proposing a bill that would subsidize rent with taxpayer dollars. Her bill would have encouraged the same behaviors that led to the student loan bubble. A February 2017studyby the New York Federal Reserve found that as students took out larger federally-subsidized loans, colleges and universities hiked tuition, blunting the benefits for students and increasing the burden on taxpayers. The same would be true in the rental market. Tenants would be incentivized to rent the most expensive allowable properties and landlords would be able to spike rents without facing a financial downside because taxpayers would foot the increased bill. Conservative estimates put the priceof the subsidy at $76 billion per year, and those costs would surely rise, like other federal programs intended to help the poor.

what do you care?

Researchers: Assimilation could cause Mexican Americans to lose sleep

The National Institutes of Health is spending roughly $1.5 million on a study of the sleep habits of Mexican Americans living along the U.S. border.

The “border health” study began last year and is being conducted by the University of Arizona.

The study is recruiting 1,100 people in the tiny border town of Nogales, Ariz., to see how well they sleep. Researchers claim Mexican Americans do not sleep as well as their peers, blaming “social” factors at the border.

“Disparities in sleep health in racial/ethnic minorities exist, including Mexican Americans. In particular, social-environmental factors at the U.S.-Mexico border may play an important role in sleep health disparities,” according to the grantfor the study.

Not sure how this answers the question?

How much did he get for his border wall?

And apparently you missed the point, who cares as congress is full of waste. At least with spending on a wall we have something tangible instead of studying sleep habits.

The problem is, “If you build it, they won’t come”.

Democrats are now so heavily invested in the hopes and dreams of flooding the country with illegals to create a new permanent underclass and voting block they are willing to sell out the rest of the country to accomplish it.

First I heard on this was shortly after the verdict came out. Great idea and there’s not one damned thing congress could do to stop him.

Since no deal has been finalized nobody knows yet but it doesn’t much matter because he has multiple avenues to get the money without congress.