Three senators on Thursday made a bipartisan push aimed at blocking a proposed $650 million weapons sale to Saudi Arabia.

And then the US wants the Saudi’s to increase oil production, ROTFLMAO.

The conflict in Yemen is poorly understood in the United States. The general view in policy and government circles is that Saudi Arabia is the principal cause of the crisis, and that if the Saudis can be made to stop their military campaign against the Houthi rebel movement, the war would end quickly. Furthermore, this conflict is often mistakenly characterized as one between the regional powers of Saudi Arabia and Iran or one between Sunnis and Shia Muslims. It is in fact first and foremost a civil war, the most recent of several wars between Yemenis that began in 1962. Thus, it is internal dynamics that drive Yemenis to fight each other, and this war is unlikely to end quickly no matter what Saudi Arabia does or is made to do. After considerable resistance and perhaps willful naïveté, Washington finally appears to be accepting this reality.

Upon taking office, the Biden administration held the view that Riyadh was the principal culprit in the Yemeni war and therefore sought to exert pressure on the Kingdom to end its military intervention. This is a view that many Democrats in Congress also hold. Biden immediately reversed the Trump administration’s designation of the Houthis as a terrorist organization, announced a general review of US-Saudi relations, ostracized the Crown Prince Muhammad bin Salman (MBS), and declared a moratorium on the sale of offensive weapons to the Kingdom. In other words, Biden believed that America’s pressure on Riyadh would initiate peace talks between the various Yemeni and regional actors in this conflict and that the Houthis would stop their military assault on Ma’rib, a strategically important city in the east of the country. Washington’s moves were indeed soon followed by a Saudi offer of a ceasefire and the lifting of the blockade, something MBS had been preparing for months because he has finally realized the quagmire he is in. Yet, rather than come to the negotiating table, the Houthis–just like the Taliban–doubled down on their military attacks, both on Ma’rib and by firing ballistic missiles and drones inside Saudi territory. Why did the Houthis react aggressively in this way and why do they continue to seem uninterested in ending the war? To understand the Houthis’ rationale, one has to delve into Yemen’s history and the particular ideology and program of this radical Islamist movement. 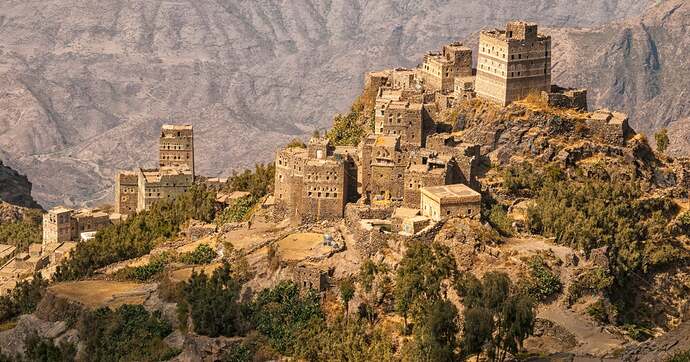 The Houthis, Saudi Arabia and the War in Yemen

Well the rats can always count on the gracious help of …

We should NOT be selling weapons to Saudi Arabia, we SHOULD be having a Boycott put on Saudi Arabia.

I can’t wait to vote Portman out!

Clearly you didn’t read the article.

On March 2015, Saudi Arabia led a coalition of forces into unleashing air strikes on neighboring Yemen. At the time, Yemen was on the brink of collapse. Houthi rebels had launched attacks while Al-Qaeda and ISIS had gained footholds. Fast-forward six months. Not only is Yemen still on the verge of imploding but Saudi forces are also slaughtering civilians in record numbers.

Rather than carry out surgical strikes, the Saudis have declared that the entire rebel-held province of Saada is a target. Air strikes have been launched against everything from ancient mosques and gas stations to restaurants, homes, and shopping malls. To make matters worse, the Saudi weapons of choice appear to be cluster bombs.
In addition, plenty of government officials suspect the kingdom of actively arming and funding the groups that merged to form ISIS. In 2009, Hillary Clinton called Saudi donors “the most significant source of funding to Sunni terrorist groups worldwide.” And for that fucking witch to bite the hand that fed the Clinton phony fountation bullshit WOW .Others have called the Saudis the “fountainhead of terrorism.” Officials who chaired the Congressional inquiry into 9/11 claim that the redacted 28 pages show that the kingdom was complicit in funding this terror attack on America.

Wait aren’t these the very same Saudis that send , financed , and lied about 9/11 attack on American soil ? These " ALLIES" of ours that the demoRATS don’t want us to see just how involved our " friends " were in this plot , those friendly allies ? FUCK THEM ALL .

Exactly, our involvement without congressional authorization began during the Obama administration and continued on through the Trump administration. A bipartisan bill to end US involvement passed in congress and was sent to Trump’s desk and he vetoed it….

This shit needs to end. Innocent civilians are being killed by Saudi Arabian arms, bought from the US….

They should bring it again and Biden should sign it….

The Houthis are a revolutionary Muslim Shiite group that captured the capital Sanaa in September 2014, ousting the internationally recognized government of Yemen, and then proceeded to attempt a military takeover of the entire country. They constitute a minority group, whose core members claim to be descendants of the Prophet Muhammad (aka sayyid s). The movement emerged in the early 2000s and fought six brutal wars with the central government from 2004-2010, and these left large swaths of the north devastated and a humanitarian disaster zone.

Btw, Bernie Sanders is a signer on this bill with Rand Paul!!!
Sanders wants to block the Biden administration’s attempt to sell more arms to Saudi Arabia. The whole Democratic Party needs to shut Biden down on this shit. It’s of interest to me that we have a few Biden haters here that are supportive of him further contributing to this idiocy……