And just lose the world cup sponsorship, and all the tourism money that it entails

Manchin’s legislation comes on the heels of the US Women’s National Team’s stunning performance during the women’s World Cup, ultimately beating the Netherlands 2-0 to win the tournament on Sunday.

Trophy in hand, many members of the team are now returning to another face off – in March, 28 members of the USWNT sued the US Soccer Federation for allegedly discriminating against the women by paying them less than members of the men’s national team “for substantially equal work.” The soccer federation and the plaintiffs last month tentatively agreed to mediation, which is expected to begin now that the World Cup is over.

Manchin, a West Virginia Democrat, was inspired to sponsor the legislation after receiving a letter from West Virginia University’s women’s soccer coach Nikki Izzo-Brown, asking for his support for the US Women’s National Team’s pursuit of equal pay, he said in a statement.

“The clear unequitable pay between the U.S. men’s and women’s soccer teams is unacceptable and I’m glad the U.S. Women’s Soccer Team latest victory is causing public outcry,” Manchin added. “They are the best in the world and deserve to be paid accordingly.”

The bill would ensure that “no Federal funds may be appropriated or otherwise made available to provide support for the 2026 World Cup” until the US Soccer Federation agrees to pay the teams’ members equally.

But whether federal funding will play a key role in the upcoming games is unclear. The 2026 World Cup is being co-hosted by the US, Mexico and Canada, and games will be split across the three countries. There are 17 US cities under consideration as potential host cities and all of them have existing stadiums where games would be played.

The US bid differs significantly from those of other nations, such as Brazil in 2014 or Qatar in 2022, where massive amounts of spending were needed to bring the country’s soccer stadiums up to FIFA’s standards for a World Cup. In 1994, when the United States first hosted the World Cup, relatively little spending was needed to get the country ready to host the event. 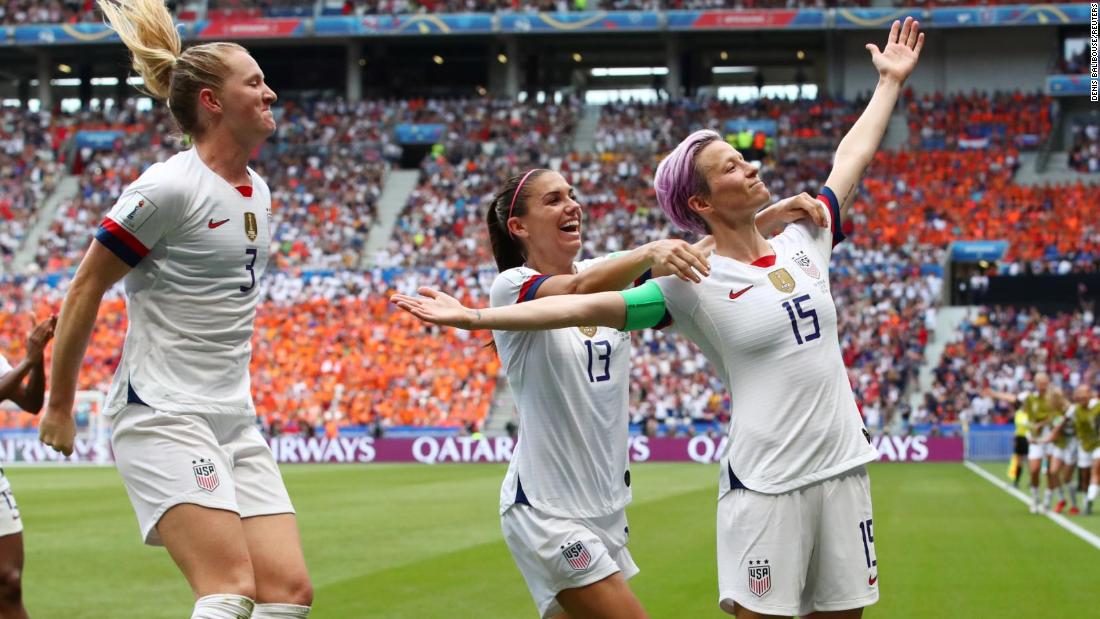 That and the Trannies ought to kill Womens Soccer dead.

Liberals are the breath of very death itself.

Not surprising, more stunts to be expected, stay tuned.

From a glance they are basing their arguments on the basis that the Women’s National team brought home Championships and The Men’s team did not, and therefore the women’s team is better than the Men’s team and they should be entitled to get equal pay as the men! Never mind the wider audience that tunes into the Men’s World Cup world wide and thus the revenue from media market share is larger, much larger than the women’s sport, or the actual leagues are mostly comprised of Men! Yeah OK so let’s just try virtue signaling the sport to death and maybe every one will submit to the oligarical collectivism they so much wish for! Spit!

I’d like to see what FIFA and US Soccer made off of their performances this year and what they will accrue from the endorsements.

Do the same for both the men’s and women’s teams and figure out what fraction of that total they are paying each the men and the women.

Why are federal funds going to the 2026 world cup?

They always do since the teams represent the country.