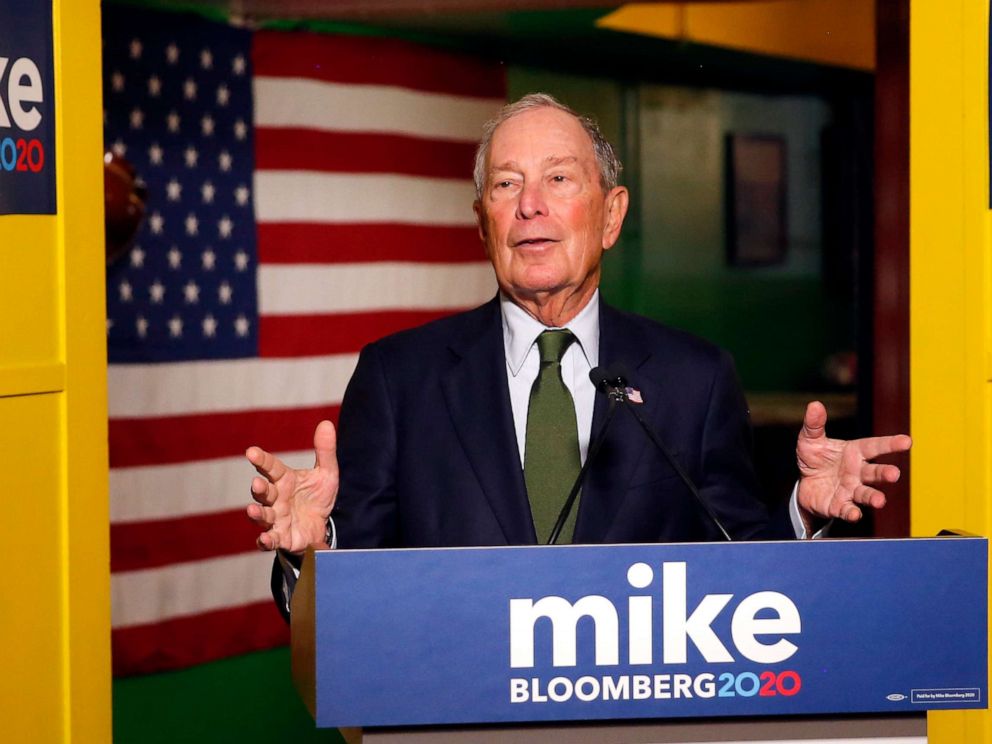 Remember, we all need to drive electric cars, ditch our A/C units, and eat bugs…but the global leaders of “climate change” can travel in climate-controlled comfiness aboard their private jets and helicopters because they are better than us.

Billionaire Michael Bloomberg, worth an estimated $54 billion, enjoys his own fleet of private jets and helicopters stationed in New Jersey while describing himself as a “global leader” on the environment and climate change.

Bloomberg, who has pledged to end the American coal industry, has for years flown around the world to his multiple million-dollar mansions in the comfort of his own private jets and helicopters — ditching commercial flights and trains that working and middle-class Americans use to travel.

In 2012, the New York Times detailed how Bloomberg would jet to his $10 million Bermuda mansion in his $42 million Dassault Falcon 900 private plane about twice a month on the weekends while he was mayor of New York City:

Private jets have practically become de rigueur among the elite ; everyone who is anyone either owns one or charters one regularly. Mayor Bloomberg is no exception: his trips to Bermuda aboard his private jet often fill in the blanks on weekends when he has no public schedule. [Emphasis added]

Inside Sources described in January how Bloomberg’s private jet likely “generates an estimated 37 times more carbon emissions than the same trip on a commercial flight.” As for Bloomberg’s $7 million AgustaWestland AW109, the helicopter “burns a jaw-dropping 72 gallons of fuel every hour,” according to the report. 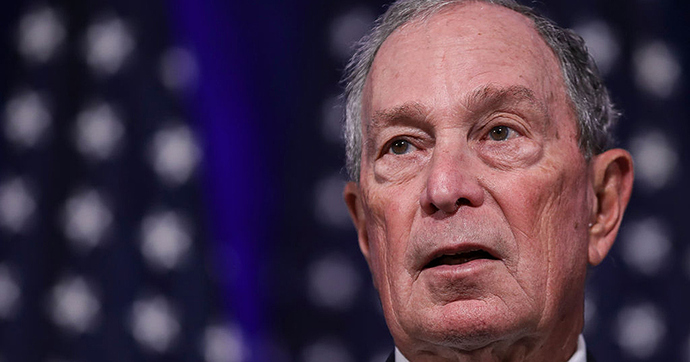 Bloomberg, who has pledged to end the American coal industry, has for years flown around the world to his multiple million-dollar mansions in the comfort of his own private jets and helicopters

“Rules for thee but not for me.” A typical modern aristocrat.

Don’t you see, in order for him to be a global leader and spread the message of climate change he has to get to as many places as quickly as possible. For that, he can only travel by helicopter and private jet. The amount of carbon he spews is irrelevant because it’s the message and words that matter, not the actions!

Donald Trump’s no different with the notable exception that he knows of the threat posed by climate change, and even encouraged the Obama administration in their efforts to combat it. Until he came down the escalator and flipped most everything about himself to attract the fringe right vote, making him a charlatan as with his pledge to lock her up only to humiliate his base later telling them that that was just campaign rhetoric…

12/6/09: Trump signs a letter calling for urgent climate action. As Grist reported in 2016, Trump and three of his children signed a 2009 letter to President Barack Obama calling for a global climate deal. “We support your effort to ensure meaningful and effective measures to control climate change, an immediate challenge facing the United States and the world today,”

You people don’t even always call it global warming anymore!

Climate change is whatever happens. Women and minorities will always be hardest hit with the Left.

Was that an attempt to address Trump’s support for measures to combat GCC???

What is it with all of these climate change elitists? Do they not realize that people have the internet and can see pretty much anything and everything that they do?!?

I might actually have respect for a billionaire or other elite person if they actually lived the way they want everyone else to live but everyone knows that’s not ever going to happen. They want us to all live a certain way but they get to be above it all.

Let me help you understand. It’s a little complicated so be sure to take everything in that I’m saying.

People who are incredibly wealthy, like Mike Bloomberg, contribute a significant portion of their money to fighting global climate change. Because they are so wealthy they can do more than most average people can do. That doesn’t mean it’s not important for the average person to continue the fight against global climate change, it is. In fact, our very lives and the existence of this planet depends upon it. I’m sure even the most wealthy and committed to reversing the effects of climate change would rather be as carbon neutral as possible. Unfortunately, our means of transportation just haven’t kept pace with the requirement to move to a net zero energy world. I think we will get there soon but only if the wealthiest among us keep doing what they are doing to advance the cause. You should join in and help us save the planet.

What does that even mean? Who’s suggesting that you live differently than you are. GCC initiatives are about research and development that produces cleaner ways to transport ourselves, heat and light our homes, etc. why is it that the most prudent thing to do, conservation of the planet has conservatives so pissed off…

I’m sure that when the first prototype jet or helicopter is produced that fuels itself in a clean and renewable way that Bloomberg will be in the front of the line to purchase them, in the meantime…

Conservatives just want to drill for oil in our national parks and oceans and continue mining for coal. It’s laughable when you think about it.

Yeah your partisan hackneyed talking points isn’t clear enough! Let’s us know when you can provide scientific data to prove Climate change is being caused by man!

Okay, that’s a cute little retort. Do conservatives not want to drill for oil in our oceans and national parks? Do they not want to mine for coal?

I just want to see where I’m incorrect so I can be better informed when creating future posts.

Its not a cute retort, its a fact! If you can’t argue based on the merits of scientific evidence than what proof do you have that man is causing Climate Change? Funny how you avoid yet again answering that question, right?

OK so let me get this straight. In your logic that you are implying here that everyone who works on an oil drill site is conservative? Its like the same argument that farmers who farm in blue states must be liberals too. Yeah ok! (Sarcasm)

Please point to one instance of scientific evidence posted in this thread.

I posed it to you. “Climate Change,” Duh!

For someone who thinks so highly of themselves you certainly like to expose your ignorance on a regular basis! Nice of you to avoid answering the question, yet again!

Sorry, I guess I’m still looking for the charts and graphs that prove whatever random position you think you are proving.

We are talking about science, right?

Where did I say it didn’t exist?

“Rules for thee but not for me.” A typical modern aristocrat.

What your saying is, there is something wrong with being wealthy and successful?

Don’t forget to change your bong water, because you are short circuiting in your mental comprehension abilities!

Leftists are going to stop calling it Climate Change. Within the next 18 months, you will start to hear more and more politicians, tv news readers, and tv opiners use a phrase that sounds much more ominous.

It will be called Climate Collapse.