PG&E faulty equipment… don’t seem remember them having to shut down power a few years back. Are they investing properly in new equipment? What about cleaning out dead wood from the forests? Seems like these two factors alone have created a tinderbox that just so happens to provide great visuals (see link) for the rest of the world to see a “climate crisis”… I would have thought it crazy to think something like this just a few years ago but clearly global warming is a political movement at this point so who knows? DeepClips.com -- LOS ANGELES — Firefighters were scrambling Thursday night to stop the spread of several wildfires as dry, windy conditions fanned flames throughout southern California. Tens of thousands of residents were forced out of the…

This one reminds me of the Gatlinburg, TN fire from a few years ago: Yeah, same old BS. Instead of spending one in four days at the golf course, Trump should grab a rake and clean the federal lands he’s responsible for. 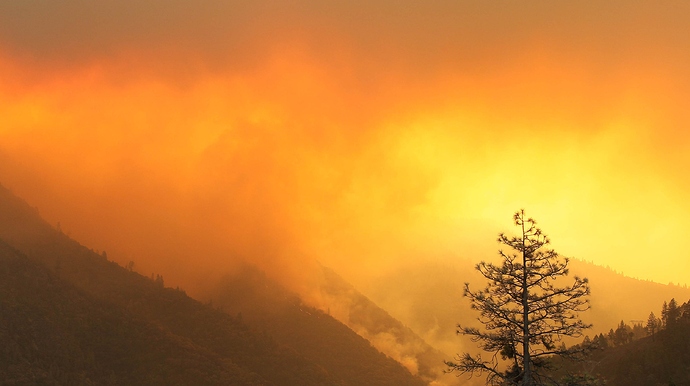 Trump blames California for wildfires, but many of the worst have been on...

Many of the largest and worst fires in the state were on federal land.

I thought this is why they were cutting off the power to thousands of people?

I read quite a bit last year on this. Proper Forestry Management actually used to make California money and keep the wild fires down. Scientific evidence of this was presented to Jerry Brown but he poo pooed it because he is blinded by the unproven science of global warming. I can remember thinking all of the deaths were blood on his hands and he should be removed from office and put behind bars.

Does that mean climate change has nothing to do with fires? Not necessarily. If the climate were much hotter, things would be drier and more flammable. But average temperatures haven’t changed in 20 years.

So, if not climate, what is the cause? The mismanagement of both state and federal forest lands. It’s the triumph of “green” ideology over common sense.

Beginning in 1994, with the best of intentions, President Clinton put in place a plan to limit logging of old-growth trees to protect the endangered Spotted Owl in Western forests. Those moves pretty much ended what had been a policy of active management of fire threats in our national forests. Logging halted, the burnable fuel on the forest floor built up, and fires, while not more frequent, became more intense and threatening to nearby towns and homes.

Mismanagement Is Nothing New

The Western Governors Association even warned about the mismanagement of our forest resources as far back as 2005 in a report:

“Over time the fire-prone forests that were not thinned, burn in uncharacteristically destructive wildfires, and the resulting loss of forest carbon is much greater than would occur if the forest had been thinned before fire moved through,” the report warned. “In the long term, leaving forests overgrown and prone to unnaturally destructive wildfires means there will be significantly less biomass on the ground, and more greenhouse gases in the atmosphere.”

More like TDS same old BS! When we’ve had the previous Administration pushing GW as the biggest threat with asinine EPA regulations as well as the current conga line of Dem candidate clowns hocking GW as a threat you get the deadly tinder box of California’s forests.

President Trump is trying to push back some of the Federal EPA regulation madness and has increased Federal forestry management that has been neglected for decades.

The deadly and destructive Calif forest fires are not because of “the weather” it’s because of progressive LIBERALISM! 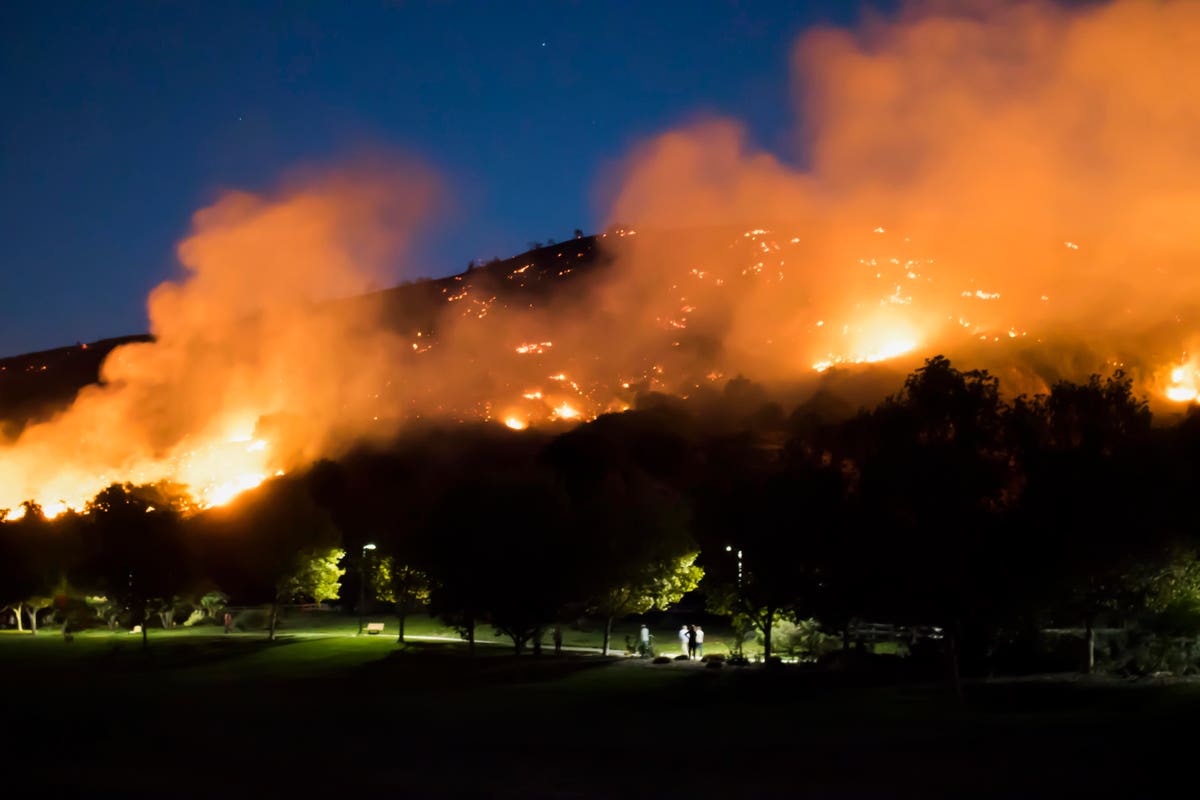 California's Deadliest Fires Could Have Been Mitigated By Prevention

47% of the state is under federal control. Logging without regulations is a problem too. Loggers don’t want to be on the hook for the clean up of the mess they leave behind, tops and branches strewn about which dry out and create a tinder box. Something has to be done about that as well.

More leftist BS!! Indigenous Indians practiced forest management with controlled burns and by chopping down trees to minimize the effects of nature. The logging industry in California has been sufficiently reduced since the 90’s mainly due to over regulation by the whacked out EPA and GW nut jobs. 150 years ago there were about 40 trees per acre but now there are hundreds of trees per acre creating a tinder box. Leftist progressive Dem pols are hell bent on burning down California as a sacrifice at the alter of the GW church of radical zealots and blame it on GW deniers, capitalism, Republicans and the Federal Government only if there is a Republican in the White House of course. 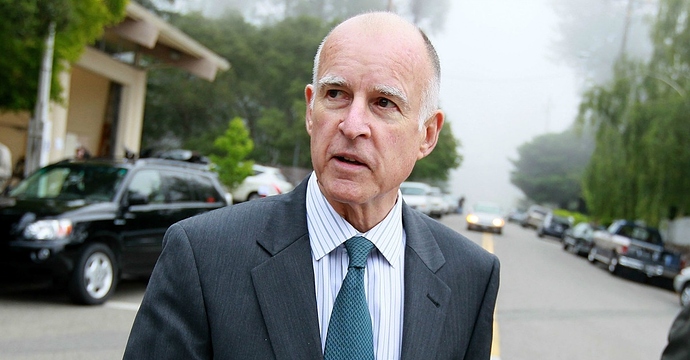 Jerry Brown’s 2016 veto of wildfire-related bill is facing new scrutiny in the wake of the deadliest, most destructive week of fires in state history.

More leftist BS!! Indigenous Indians practiced forest management with controlled burns and by chopping down trees to minimize the effects of nature.

Apparently, they were a lot smarter than you will give them credit for.

Yeah those axes were called tomahawks and lightning is “nature” and it causes a lot of forest fires in case you didn’t know.

With those axes they invented I’m sure.

Yes, @montecresto1 is a confirmed racist and you dont have to remind everyone o that.

This is a poignant indictment of Gavin Newsom’s failure as Governor and his double down in stupidity! He is going to go the way of Hugo Chavez! 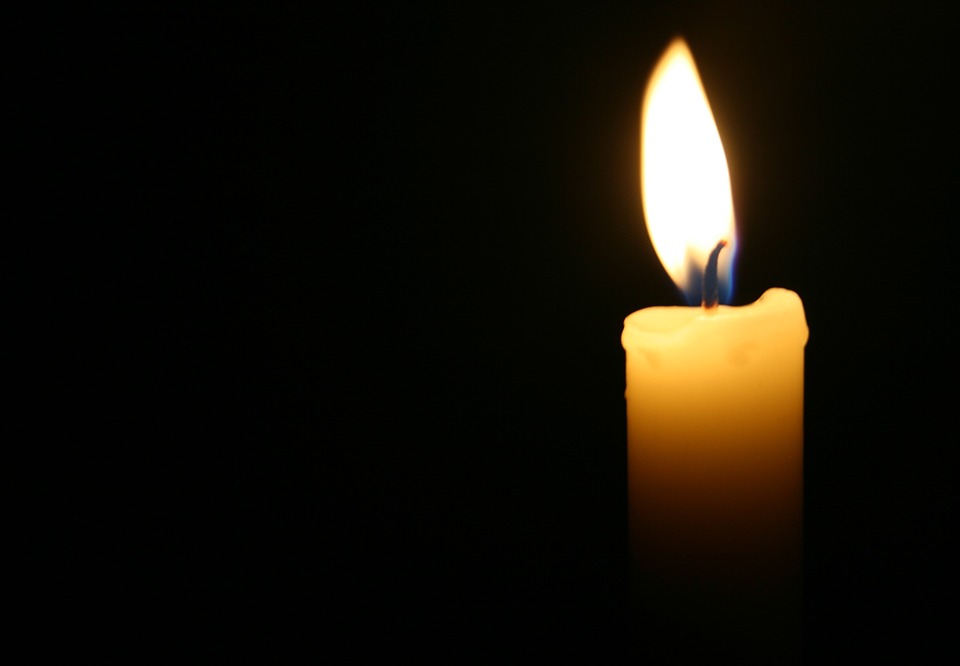 Newsom's threatening to nationalize the electrical power company as his way of halting blackouts. He should ask the Venezuelans how well that worked out.

Lol, yeah, they chopped down trees with tomahawks and used lightning to burn off the forest…

Wow, you really are a bigot & racist if you don’t think Indians had the ingenuity to construct tomahawks sharp enough to cut down young trees to use in their teepees for instance, (they also used them to scalp their enemies in battle) or to use fire that cavemen discovered to burn off and clear brush from the forests floor to minimize the damage of “natures” thunder and lighting storms that hit the forest trees and set them ablaze.

What a mess. This is were liberal polices lead. The fact that it is catching on to ban natural gas there and go all electric shows quite a disconnect.

As an aside, rebuilding should require fire proof homes.

This guy kind of has the idea, but his home is fire resistant which is a big leap from fire proof. 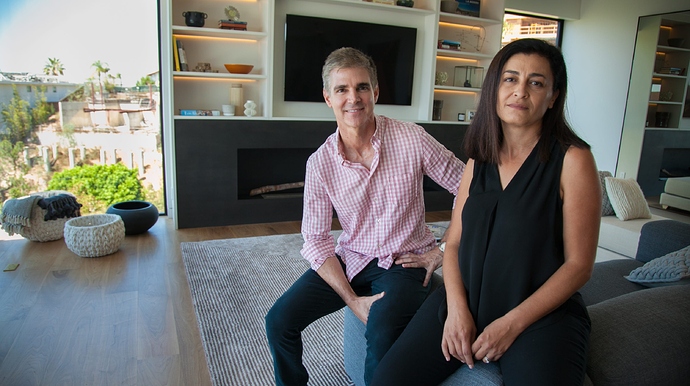 Climate change is reshaping the West in a way that makes blazes inevitable. Homes must be hardened against fire in ways never necessary in the past.

I’d imagine solid concrete block and products like Skamol would be a step in the right direction to fire proof.

Wow, you really are a bigot & racist if you don’t think Indians had the ingenuity to construct tomahawks sharp enough to cut down young trees to use in their teepees for instance,

Oh I see, you want to change topics now to teepee construction instead of forest management. Ok

The deadly and destructive Calif forest fires are not because of “the weather” it’s because of progressive LIBERALISM!

And here i had thought that an vengeful lord would be cited by the righties.

Forest management will always be an issue when resources to prevent fires are scarce.

Have you ever been to the area that is now burning? It would not fit anyone’s vision of a “forest”, it’s not like the place is heavily treed. Mostly sagebrush, coyote brush, creosote bush and lots of dry grasses. Oh…and dang those nasty lybbryls…straight out of Orwell’s 1984 they are! Bunch of Emmanuel Goldstein types… all of 'em!

I did not know folks from India made Tomahawks. Who knew?

My father was Pawnee and I’m still active in the tribe and all things Native American history. Why don’t you mis-plain more fake history to me?

I’m uncertain about the burning off of grasses in forests. But many tribes did burn off their grasslands to protect it from becoming forested. Or to drive another tribes bison onto their own lands.

Those fires out on the plains must have been something to see. 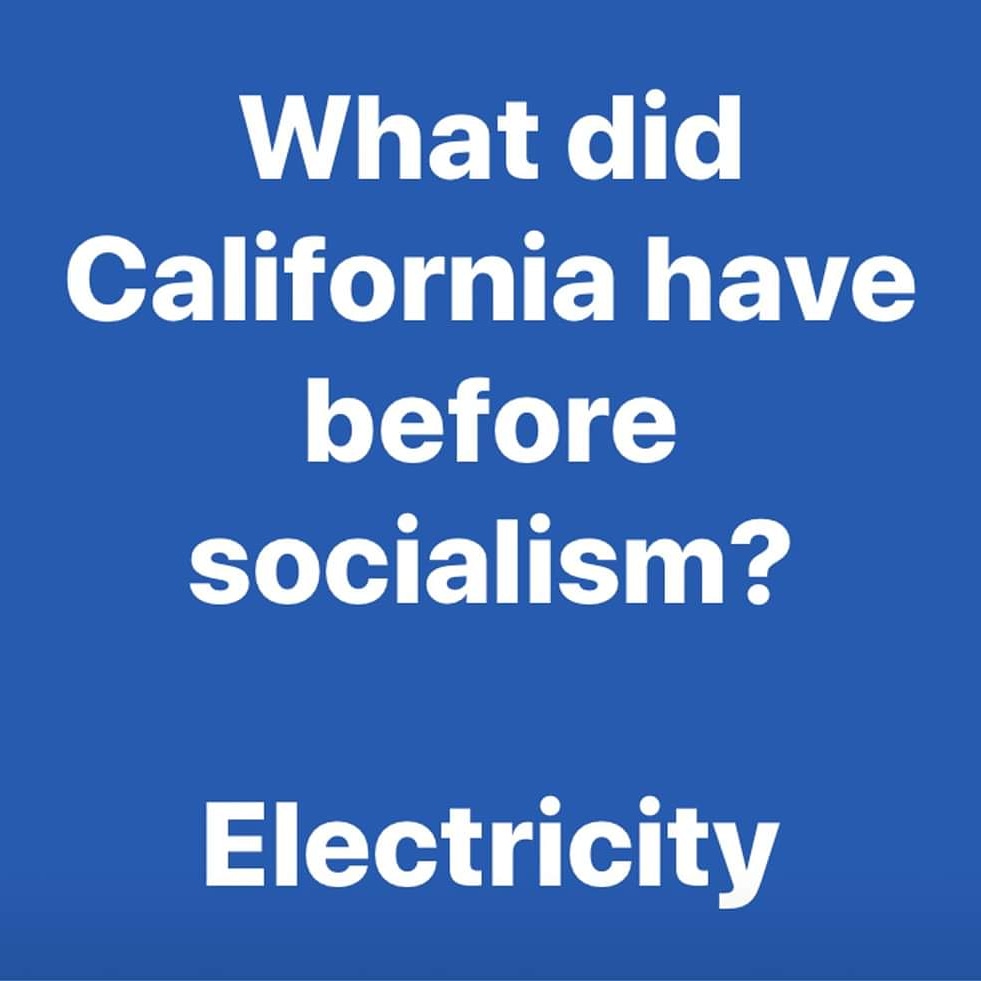