So you think Trump didn’t roll over again and take it like a bitch? If that’s your take, you’re wrong.

No you are wrong because you are ignorant on how the law works, you are just reacting with emotions! Are you a lawyer, that knows the law? Do you actually know the particulars of this case?

I don’t need to be a lawyer to recognize a total failure of leadership.

@tangykraut, It’s not on hold, it’s off the questionnaire…

Yeah - I just saw that. However, when I created the thread it was still on hold.

You don’t have a border in a real sense and now you’re not even allowed to know who is a citizen and who isn’t.

What do you mean “and now”? The question hasn’t been on the census since 1950.

Gotcha, just thought there would be an update…

Well that statement alone is based on total ignorance that submits to mob rule mentality as opposed to making an informed assessment based on the actual facts and the variables that were considered!

At the end of the day it wouldn’t have mattered had he decided to fight this or not, the decision wasn’t even his and if you actually took the time to educate yourself on the facts instead of looking foolish here by overreacting you would know that to be the case!

You didn’t answer the question!

Do you think they just should have decided to fight and not do the census altogether?

I think my answer was clear.

I don’t think that your tactic of “whine” would work. Maybe Trump is actually doing something behind the scenes but forgot to tell your mom to tell you.

I guess we should all just try to ignore that we’re all aboard the Titanic?

I guess we should all just try to ignore that we’re all aboard the Titanic?

OMG! The world is going to end! OMG! What I am going to do? (Sarcasm)

Here! They must of heard your belly ache! 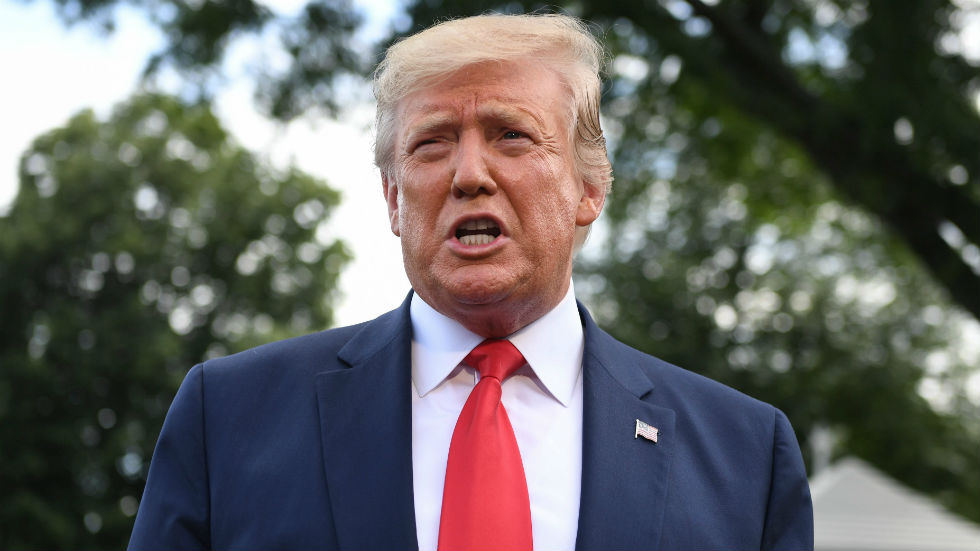 DOJ reverses, says it's trying to find ways to include citizenship question...

A lawyer with the Department of Justice (DOJ) said Wednesday that agency officials have been ordered to determine whether there is a way the administration can include a citizenship question on the 2020 census, hours after a tweet from P

The News Reports about the Department of Commerce dropping its quest to put the Citizenship Question on the Census is incorrect or, to state it differently, FAKE! We are absolutely moving forward, as we must, because of the importance of the answer to this question.
Dr_Manhattan July 4, 2019, 2:24am #34

For someone who wants to be taken seriously you certainly are making a case for being the cucked one! How much are they paying you to troll here?

Let’s add this to the list of posts as examples of your suffering from TDS! You are making this easy!

For someone who wants to be taken seriously you certain are making a case for being the cucked one! How much are they paying you to troll here?

Pivot much? Change the subject from your TDS? Try reading again!

Come on doc get your own material.

Unlike you who can’t add substance to any of your posts! You mean like your moniker? Yeah! How so original!