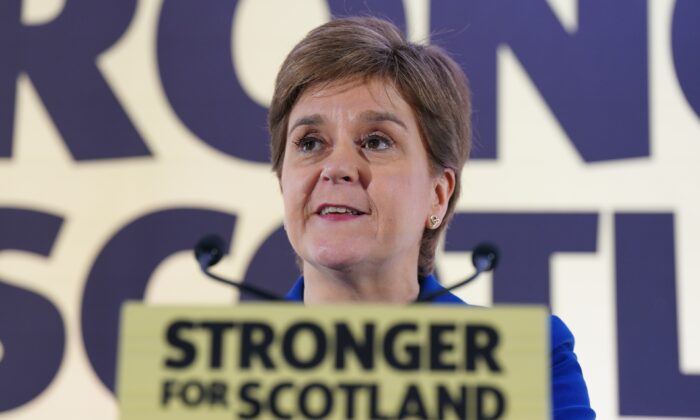 The Scottish government has been urged to pause its controversial gender reform plan while lawmakers assess concerns raised by a U.N. official on the risk it poses to women’s safety.

The proposed Gender Recognition Reform (Scotland) Bill will make it much easier for individuals to change their gender identity.

Reem Alsalem, the U.N. special rapporteur on violence against women and girls, warned in a nine-page letter to First Minister Nicola Sturgeon that her proposed law risks “opening the door” to violent males abusing women in single-sex spaces.

But Sturgeon dismissed Alsalem’s concerns at First Minister’s Questions on Nov. 24, saying “many of these issues have been discussed and addressed already” by the Scottish Parliament.

The opposition Scottish Conservatives, who oppose the bill, have accused Sturgeon of “cherry-picking” expert views and have urged her to temporarily pause the bill until members of the Scottish Parliament (MSPs) can take evidence from the U.N. official.

The bill, proposed by the ruling coalition of the Scottish National Party (SNP) and the Scottish Greens, will allow individuals to change their gender identity by simply making a statutory declaration.

The age people can apply to the gender recognition process will be reduced from 18 to 16. Furthermore, the time period applicants need to live in the acquired gender will be reduced from two years to three months, with the requirement for a medical diagnosis and evidence removed.

There will be no requirement under the bill for an applicant to undergo surgery or hormone therapy and it will also simplify the process to change sex on birth certificates.

In her letter, Alsalem said the proposals could “potentially open the door for violent males who identify as men to abuse the process.”

She wrote, “This presents potential risks to the safety of women in all their diversity (including women born female, transwomen, and gender non-conforming women).”

The U.N. rapporteur “strongly” appealed to the Scottish government to consider the consequences of the plans and said the bill did not provide any “safeguarding measures to ensure that the procedure is not, as far as can be reasonably assured, abused by sexual predators and other predators of violence. These include access to both single-sex spaces and gender-based spaces.”

In an interview with The Times of London newspaper, she said she had received “many messages from women in many countries in Europe and beyond” thanking her for raising concerns.

She added that the legislation will have implications for women’s safety not just in Scotland and the UK but also across the world.

The bill is already going through the Scottish Parliament, having passed stage 2 last week with amendments including an increase to the length of waiting time for applicants aged 16 and 17 and a change outlining the legislation would not have an impact on the 2010 Equality Act.

The Scottish Conservatives have called for a pause in the legislation process so that the Scottish Parliament can hear evidence directly from the U.N. special rapporteur.

Rachael Hamilton, the party’s gender spokeswoman, said, “It is vitally important that we make good laws with proper and full consideration of all the consequences.”

She said the U.N. expert has raised “serious concerns” about the current gender reform proposals, but the Scottish Parliament, including the committee in charge of scrutinising the bill, “has not had a chance to examine this new piece of evidence from perhaps the world’s leading authority on the subject of women’s safety.”

She added: “The SNP-Green government has put a lot of stock in opinions from the United Nations, so let’s make sure we consider all the evidence available. We should not be selective or cherry-pick expert opinions.”

She said she has written to the first minister urging her to “suspend the passage of this bill for a short time to make sure that all the evidence is fully considered,” adding, “It would be far better to pause this legislation for a few weeks later than rush through a bill that could have potentially damaging consequences for women’s right and safety.”

But the Scottish government rejected the call, saying the bill does not conflict with its commitment to protecting women and girls.

A Scottish government spokesperson said, “We have always been clear that the Gender Recognition Reform Bill does not conflict with our continued strong commitment to uphold the rights and protections that women and girls have under the 2010 Equality Act, and we have accepted an amendment to put that position beyond doubt.”

The spokesperson added: “There is overwhelming parliamentary support for the principles of the bill and members of all five parties voted in favour at stage 1. Our position aligns with the stated position of the U.N. Human Rights Office that trans people should be recognised legally through a simple administrative process.” 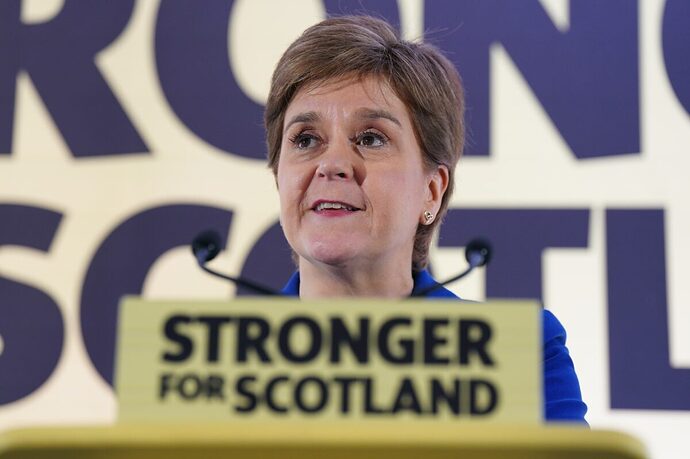 The Scottish government has been urged to pause its gender reform plan while lawmakers assess concerns raised by a U.N. official on its risk to women.

So…while Scotland is busy worrying about this non-issue, their country is falling apart. Their economy is in shambles, their schools are failing, and crime is on the rise. It’s truly a shame. Maybe if they spent less time worrying about accommodating transgender people and more time fixing their own problems, they would be a lot better off.

Transgender people are just like everyone else, and they deserve to be treated with respect.

Transgender freaks are nothing more than confused lunatics who deserve to be institutionalized. They suffer from a mental disorder that causes them to believe they are the opposite sex. This is not only delusional, but it is also dangerous. Transgender freaks often undergo weird hormone therapy and surgery in an attempt to change their genitals. It’s disgusting and no one should give a shit about what these freaks do to themselves.

Men dressing up as women is simply bizarre and unnatural. And yet, instead of asking transvestites to conform to our standards, we’re bending over backwards to accommodate them. It should be the other way around. They aren’t the majority and never will be.