“He is no longer with the campaign and we wish him the best,” Mike Casca, a campaign spokesman, told CNN.

The Washington Free Beacon revealed antisemitic and homophobic tweets it claimed Darius Khalil Gordon, a Bernie Sanders campaign staffer, posted.“He is no longer with the campaign, and we wish him the best,” Mike Casca, a campaign spokesman, told CNN.

On Wednesday, Gordon announced that he was hired to work as the campaign’s deputy directory of constituency organizing, CNN reported.In 2011, Gordon tweeted, “I got a black mans body, white mans power, ■■■ man money, and an asian man life span…lol,” according to The Washington Free Beacon , which claimed that Gordon deleted a number tweets that contained antisemitic language after a request for comment.Multiple tweets reference “■■■ money,” contain disparaging remarks about homosexuals and use a homophobic slur.

The Sanders campaign has also garnered criticism over the candidate’s appointment of Linda Sarsour as his campaign surrogate.The Democratic Majority for Israel released a statement regarding “Sanders’s refusal to call out antisemitism” following Sarsour’s statement that Israel is “built on the idea” of ■■■■■■ supremacy.

“In fact, Israel is built on the idea that every people, including the ■■■■■■ people, is entitled to self-determination,” the organization wrote.Democratic Majority for Israel says it “made Senator Sanders aware” of Sarsour’s anti-Israel comments, adding that it "privately urged him to publicly reject her comments yesterday but received no response and saw no action.”"Darius Khalil Gordon’s tweets traffic in a base, antisemitic slur.

It is outrageous that Bernie Sanders would hire him, given Gordon’s history of posting blatantly antisemitic comments on social media," Matt Brooks, president of the Republican ■■■■■■ Coalition (RJC), wrote in a statement on the RJC’s website.

"Sanders’ campaign already has an image problem in the ■■■■■■ community, after he proposed withholding military aid to Israel and appointed Linda Sarsour as a campaign surrogate.

This latest incident just confirms that Sanders’ problems run deep."Representatives Rashida Tlaib and Ilhan Omar, both of whom face accusations of antisemitism, are also avid supporters of the Vermont senator’s presidential campaign.Gordon’s Twitter account is no longer active.

"He is no longer with the campaign and we wish him the best," Mike Casca, a campaign spokesman, told CNN. 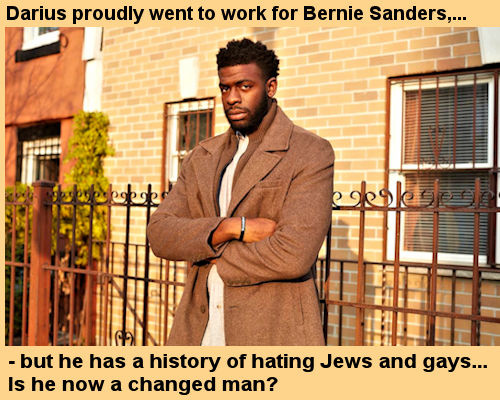 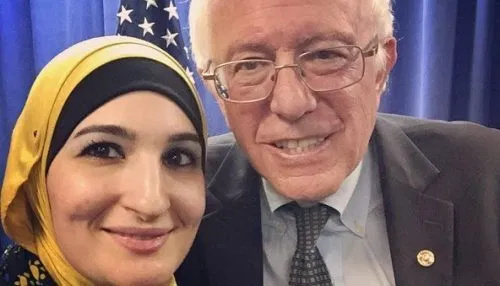 Which accusation about Bernie is more attractive to his supporters?

He is a Communist. So, none of his campaign matters actually matter except as a sign that the worst educated and most hateful of America’s political followers are best kept busy all together as a group.

Like giving a kid a wrench to hold a meaningless nut on the project you are working on to let him feel he is helping and important.

The feeling of amusement that comes from looking at every picture of a Bernie Sanders crowd is unmatched by those of any other campaign.

Every one of them is a nut.