“We should raise taxes to help the homeless” - said commiefornia techies “BUT DONT BUILD SHELTERS NEAR OUR HOMES !!!11”. And they even start a GoFundMe campaign to raise money to STOP the homeless shelter. I cant make this up.

The hypocrisies. Also, a bonus video with conversations of hawaiians wanting the rest of the US to be a saunruary country, but NOT HAWAII come on, bc we live here A meeting to discuss a proposed homeless shelter in San Francisco devolved into chaos on Wednesday night, as attendees shouted, chanted and heckled the mayor, London Breed.

“I’m sorry this issue has divided this community,” said Breed, as she tried to assuage local fears over her plan to build a 200-bed Navigation Center in the Embarcadero, a wealthy waterfront neighborhood. The crowd interrupted with remarks like: “Build it at city hall!” Some stood and chanted, “We live here,” before walking out. Meanwhile, proponents of the project waved signs with big block letters that read: “Hate has no home here.”

The clashes came amid tension in a city struggling to house its roughly 7,500 homeless residents. Breed, who campaigned on developing aggressive solutions to the crisis, was met with swift resistance from the affluent area after she proposed the shelter last month.

Jadine Cehand, a local nurse practitioner who went to the meeting to support the project, said she was shocked by the responses at the meeting. “Someone yelled at [the mayor] to go home,” Cehand said. “She says, ‘I am home. Born and raised’.”

According to a press release, the proposed site is currently a parking lot owned by the Port of San Francisco. Once built, the shelter is intended to serve local unhoused residents for four years, giving the city enough time to curb issues contributing to the crisis. It would allow “guests to bring their partners, pets, and belongings with them” while it connected them to city programs and resources.

Two weeks ago, residents living in the neighborhood launched a GoFundMe, aiming to raise $100,000 for legal fees to defend local owners’ property rights and block the shelter. The fundraiser is inching close to its goal, with roughly $92,000 raised by 313 contributors, most of whom donated anonymously.

A week later, as news spread about the resident’s plan, a rival fundraising page was published to benefit a local advocacy organization, the Coalition on Homelessness. Seen largely as a rebuke of pushback by local residents, it has received more than $164,000 from more than 1,700 people, including big names such as the Salesforce CEO, Marc Benioff, the Twilio CEO, Jeff Lawson and the GoFundMe organization itself.

Wallace Lee, a spokesman and organizer for the San Francisco Residentsgroup behind the original fundraiser, said the frustration expressed at the meeting had been mischaracterized.

“People felt like the whole thing was a dog and pony show and not really meant for community engagement,” he said, adding that he and others had hoped the mayor would consider their concerns. Instead, he said, she emphasized the reasons why the shelter was so badly needed. “People started shouting [the mayor] down and booing her when she kept going on about it. I don’t think it was meant to say anything bad about homeless people, it was more disapproval of her attitude that we need to be educated rather than engaged with.”

He said that those in his community would be supportive of the shelter in other locations – and that some had even donated to the rival campaign.

But Jennifer Friedenbach, the executive director for the Coalition on Homelessness, who was also at the meeting, cast the local residents’ actions in a different light.

“The optics on this are stunning. You have very affluent land owners who are fighting against impoverished San Franciscans whose very lives are at risk because of the housing crisis,” she says. “And who are we talking about? Who is homeless? Primarily people of color, primarily folks who have disabilities or who are elderly people. To equate an entire class of people with crime is the foundation of prejudice.”

Cehand, who went to the meeting to show her support, said she was familiar with the fears expressed by neighborhood residents – she had heard them before when her own community in the Mission Bay neighborhood was due to get its own low-income housing.

She also knows first-hand how misguided those concerns can be. She works at a substance abuse and mental health clinic and her clients often struggle to get access to badly needed resources.

“They are very stigmatized,” she said, adding that if residents are worried about drug use on their streets this is the best step toward stopping it.

“No one functions well without sleep,” she says. “When people actually get rest, when they have safety, when they have food, they can start chipping away at the larger issues in their life.” 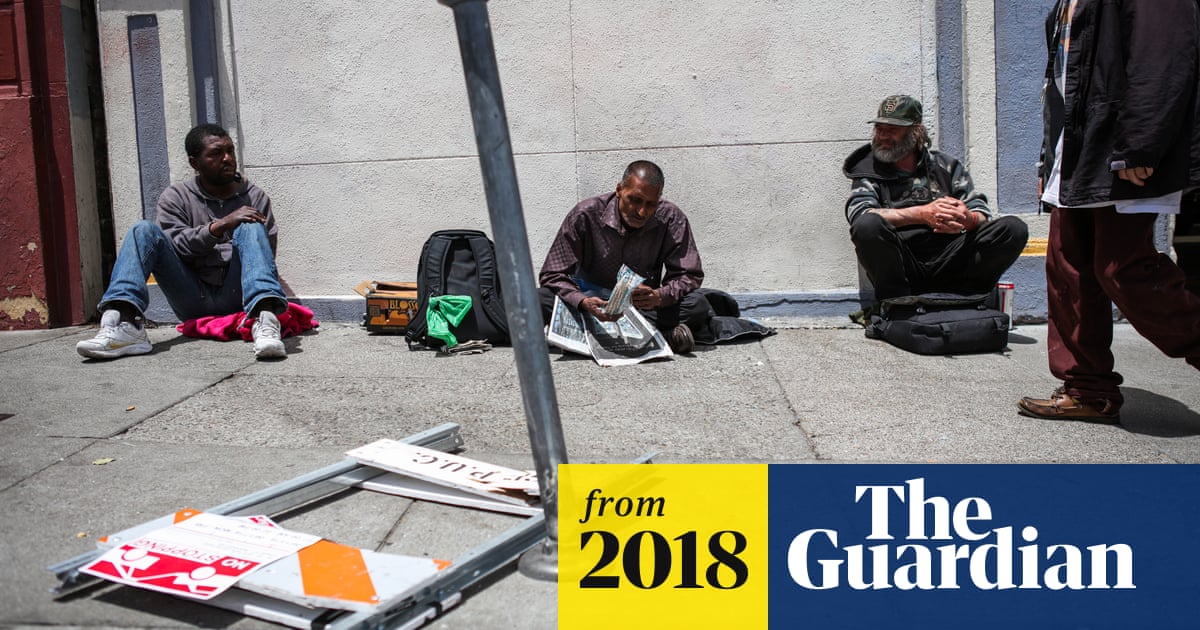 'Be part of the solution': San Francisco techies urge industry to help homeless

Prop C, which would tax high-earning businesses in the city to help combat homelessness, has divided the industry 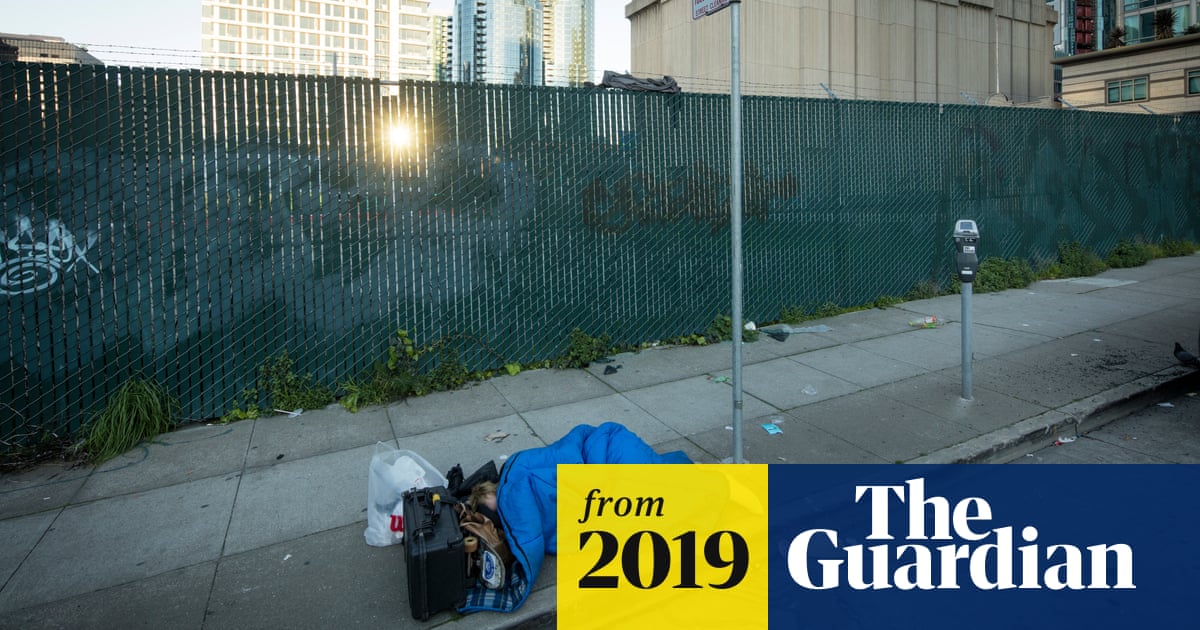 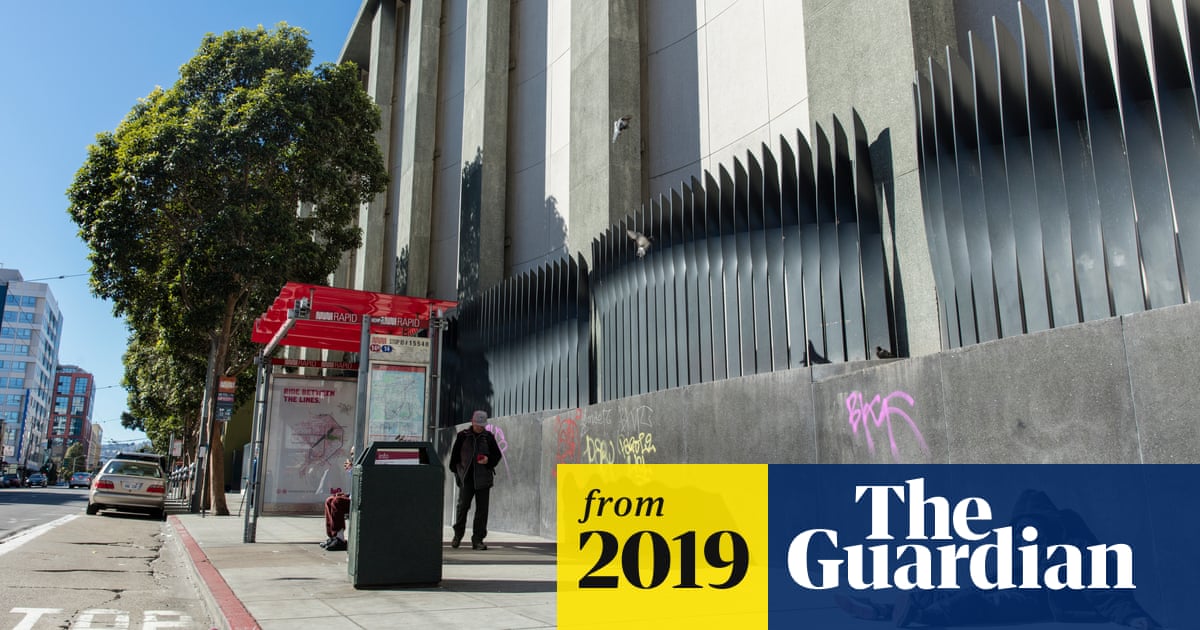 Of course. They’re all for it. Until it’s THEIR neighborhood.

Just like they’re all for higher taxes. Until it’s THEIR money being taken.

Funny San Francisco story: In 1996 (I think) I was working next to a guy who had Rush Limbaugh playing on the radio in his cubicle and he had a picture of Newt Gingrich on his wall. At that time, the mayor of San Francisco, Frank Jordan, was running for re-election against Willie Brown, famous liberal California personality. Jordan, the ‘conservative,’ at the time had a program called “Matrix” that drove the bums away from City Hall and touristy places. They were camped out in that area even back then.

Anyway, one day Newt’s poster comes down and replacing it is Willie Brown. I asked him what’s the deal with that. He said “You know Jordan’s Marix program? They got the bums away from city hall, alright, and now they’re on my doorstep!”

Every liberal I’ve ever known has been a hypocrite when it comes to housing. Every Single One. I was a liberal in my youth, and the code was as follows:
“Society must help the downtrodden”.
“We have to have that street blocked because of an increase in property crime and gangs”