Ready for a zombie apocalypse?

A San Francisco business owner says a homeless man has bitten him twice in the last four months – and he’s had enough.

The victim owns the Harvest Urban Market in the city’s SoMa neighborhood.

He says homelessness and drug problems are fueling the violence.

The business owner says he often finds homeless people selling and doing drugs inside his restrooms.

“About every half hour to hour we have some kind of incident, another theft, violence, crazy people walking around, people who need mental health… there should be facilities where people can do drugs… there’s needles everywhere… people have threatened me with a needle.”

The store owner says crime is so bad in that part of SoMa he is considering closing up shop. 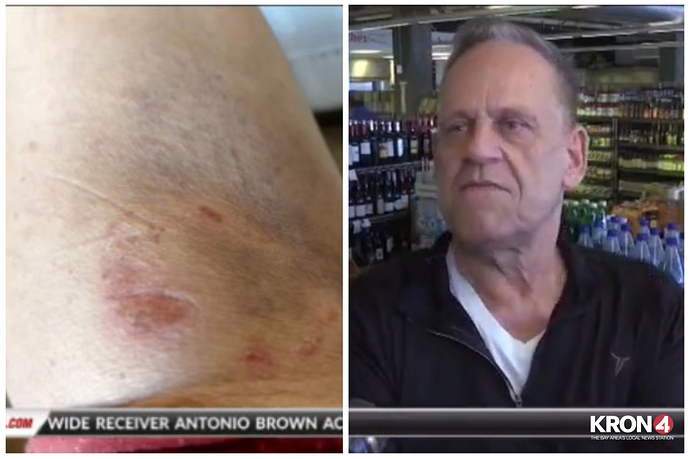 San Francisco man may close store after being bitten by homeless person twice...

If the shop owner votes Democrat deny him the right to leave the state.

So Commiefornia is already descending into cannibalism and Zombie outbreak huh…

It gives me immense pleasure to watch California turn into a sub-third world Country ! This is exactly what Liberals deserve shit covered sidewalks,and disease infested illegals ravishing the entire State . Let’s hope they don’t come to their senses anytime soon !!!

Let him file a lawsuit agsinst the city for aiding and abetting criminal activity. But then the 9th Circus Court will rule against him on appeal.
Let the city put all the homeless DREGS on Alcatraz and let them " rebuild " it.