NO, people like yourself are why “the right” keeps losing. Decent people don’t want to be associated with anyone so filled with hate.

Worse, it’s people like you who give the left all the ammunition they need to win.

Absolutely correct on both counts.

The best thing about this site is that you can’t get banned for speaking the truth.

The worst thing about it is that you can’t be banned for a constant stream of hatemongering lies.

The best thing about this site is that you can’t get banned for speaking the truth.

The worst thing about it is that you can’t be banned for a constant stream of hatemongering lies.

Absolutely correct on both counts.

First time I’ve quoted myself, but that’s because my answer to this post is the same as for the previous post you made.

Karma can be a bitch.

Liberals are never more dangerous than when they’re dead.

Yes indeed, it certainly can be.

The OP may be in poor taste but hate is hate and I don’t tolerate it from either side.

I don’t think the OP is in poor taste. It was just put in the wrong category.

Some of the posts it generated are puerile and hateful.

Taste is a matter of opinion.

One has to ask, what motivates a person at 85 to continue working? One would think that they would want to enjoy the remaining years of their life with family ad friends.

But that’s just me and how I think.

Some of the posts it generated are puerile and hateful.

The posts are only words and opinions. The actions of the left are concrete and actionable. Interesting that there is outrage about words but little over the actions those words are critical of. 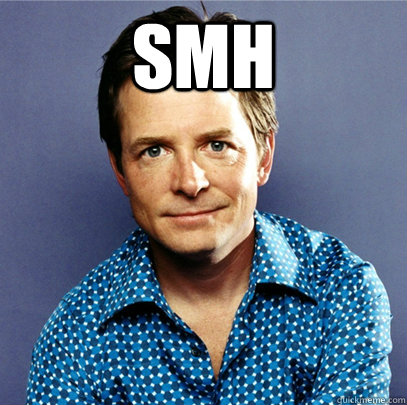 She should retire. Her time has come and gone. How can she make rational judgments when she is contemplating death? I wish harm on no one and I hope she recovers, however, at her age it’s highly doubtful she will.

I believe a TV special on her is in the works. I would rather run my blender for an hour, than waste the electricity on the TV special.

What does that mean?

Yes, this thread is a total train wreck … but just in response to this post…

Use the blender and the recipes, take a swig every time she gets praised, get totally hammered.

Based on a “curb your enthusiasm” episode , I would guess Michael J Fox would laugh at that. But…it’s one of those things that is of questionable taste when posted on an internet forum… even if you are one of the afflicted.

Some logical deduction as it relates to a controversial but compelling topic - whether or not Judge Ginsburg is actually already deceased and for some reason, there has been a delay in that announcement.

On the presumption that she actually passed, doesn’t that severely restrict the timeline? It has to. It’s reasonable to think that delaying the death announcement may benefit a particular group and provide time to align the next political maneuvers. The president also has approximately two years remaining in his first term and that’s the rub. It’s not feasible to “Bernie” Judge Ginsburg for two years or even one or perhaps even longer than a few months or weeks. There’s too much national interest, it seems, to cover-up the death for a protracted period.

Logic tells us that if the delay were serving a purpose, it would have to be geared towards opposing the nomination. What remains is a) Democrats likely know the short list of nominees and they’re in overdrive preparing opposition campaigns and a pervasive, organized response (think of how deep Kavanaugh’s opposition went and it was all manufactured tripe) -OR- b) they intend to achieve the same objective by removing the head from the snake ergo ousting President Trump before he can make the nomination. As we know, option B is a well-established and ongoing effort but with no outcome to-date and getting wobblier by the day. Option A; however, is a strong possibility and a more likely fit for the reason behind any delay (if the Democrats could have already removed Trump, they absolutely would have and we’re not having this discussion.) Regardless all of the preceding is a long way to say this - if something is going to happen, it must be relatively soon.

*Caveat/concession: it’s not beyond these people to feign a coma/life support/recovery/rehabilitation scenario whereby the Democrats could obstruct the nomination as predicated on her doctor’s opinion that a satisfactory recovery could be made and therefore the seat should remain hers in the mean time. That scenario would likely and conveniently play-out for about 2 years. Then in 2020, the election can be stolen, the judge finally declared dead and the mission accomplished. Something or some version along these lines is well within the capacity of TPTB but it just doesn’t appear as plausible. (This is an unlikely scenario but it’s difficult to rule-out with these folks; especially given their history of involvement with nefarious events.)