Russian planes can do this with ease.
But not American planes.
What does that mean?
America’s military industrial complex has been ripping taxpayers off. No match? That thing looked like a giant target doing that silly shit. Let them start doing moves like that in actual an actual dogfight.

I think you have a point about Americans getting ripped off by Boeing, Lockheed, and the rest of them.

Tell that to our latest heat seeking Sidewinder missile. A flat spin really slows down an aircraft.

The point is, would you show your behind or face the enemy if you’re under attack. In the latter case, you can counterattack.

This might out-maneuver the Blue Angels in a aerial acrobatics competition but I can pretty much guarantee that if an SU-57 went into a flatspin in front of an old school F-15 it would be cut to shreds in seconds. Don’t get me wrong, it’s a cool move but I don’t see the value in it at all. Maybe if it went into a flat spin, put up a force field, and shot 360 degree lasers out of it…then it might be able to have a slight edge.

Better to be able to do the flat spin (or whatever it’s called) than to be unable. Wouldn’t it?

I can stand on my head. Is that useful in a fight? No.

It probably is, if you’re flying at a mach speed.

I’m wondering if a flat spin is possible at mach speed. I think it would stress the airframe.

Mach is a figure of speech.
At a high speed.

Understood; but during a flat spin, little doubt a Sidewinder would, at that moment, be up it’s ass. Story goes, that waaaaaaaaaaaaaaaaaaaaaaaaaaaaaaay back. You could hold up a lit Zippo, and the Sidewinder sensors would pick it up a flight deck away. I can imagine what one could do 70 years later.

What you’ve exposed here is the typical cockiness of average Americans that think they will always be able to kick anybody’s ass.

What they ignore is the Pentagons annual reports to congress on the military abilities and modernizations of both the Russian and Chinese who both have repeatedly stated that the US dominated unipolar world is a threat to global security and they intend to do something about that. 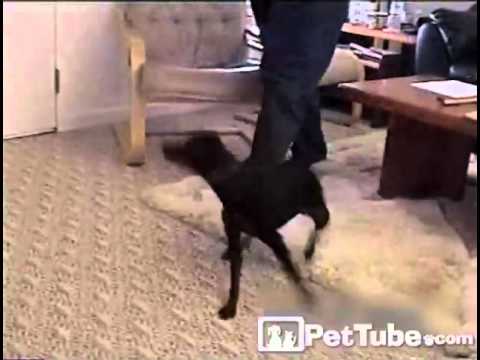 If you can turn around and face the attacking enemy plane, you can shoot your guns or fire missiles directly. If you can’t turn around, the only thing you can do is maneuver up, down, left or right and hope and pray that the enemy will not fire at your most vulnerable positions.

The US firepower consists of Navy fleets and aircraft carriers which Russia and China possess only a few. But the superiority based on navy is passé this day and age of rockets and cruise missiles. The US fleet off the coast of Iran is an absolute sitting duck.
The Japanese failed to understand this, and kept on cranking up big warships instead of more airplanes during WWII.

the typical cockiness of average Americans that think they will always be able to kick anybody’s ass.

I don’t know how typical or how cocky, but the fact remains that the quality of the subcontractors such as Boeing has gone down, and yet they make a killing by overcharging taxpayers.

If you can turn around and face the attacking enemy plane, you can shoot your guns or fire missiles directly. If you can’t turn around, the only thing you can do is maneuver up, down, left or right and hope and pray that the enemy will not fire at your most vulnerable positions.

If you’re not really stupid, you can design rocket pods and cannons to shoot backward, sideways, upward, downward…and vector you can think of. You don’t have to turn the plane toward the target.

I suppose they don’t exist (yet).

I suppose they don’t exist (yet).

If you’re not really stupid, you can design…

So, here is 10 most powerful air force in the world. Let’s check them out. 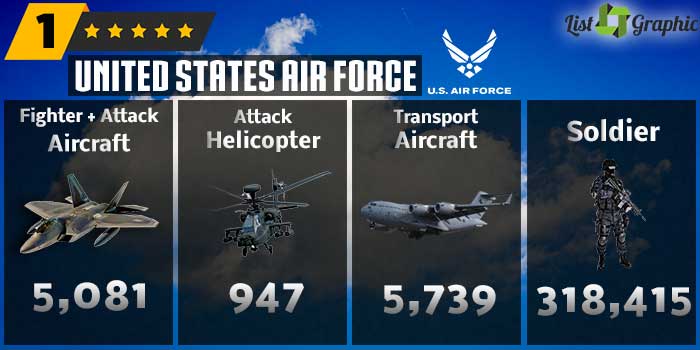 United States Air Force (USAR) once called United States Army Air Force (USAAR). Moreover in 1947, during the presidency of Harry S Truman, it was declared as an independent department of US. USAR has more aircrafts than China, Russia, India, UK, Germany, and France combined. At present, US has world’s most sophisticated and powerful air force. Its larger fleet of fighter aircrafts lies on F-16: fourth-generation-fighter, which are 947 in number. However, when it comes to fifth-generation-fighter no one on the earth comes closer to US. In total US has more than 266 multirole-fifth-generation-fighter – far more than its counterpart China and Russia.

OK, OK.
The original post is not meant to burst your bubble.

I’m not denying the firepower of the US Air Force or the entire US military for that matter, which sucks up a budget several times bigger than that of Russia or China.