“The most prolific IRA efforts on Facebook and Instagram specially targeted Black American communities and appear to have been focused on developing Black audiences and recruiting Black Americans as assets,” the report notes.

Does this make sense to anybody?

New Report? Sounds like Russian operatives to me…or at very least something that democrats would use with their dark money.

Not really. From whom did they gather their information? Why would they do it with just the black population? What is this 4-D chess that they are trying to play? And how on earth did they assume that the majority of blacks were going to vote for Hillary Clinton? So many questions, so many holes. I call BS.

“Russians” play both side, to sow confusion to the 347 facebook followers in that BLM group.

This doesn’t make any sense to me.

There is no Russian Bogey man! The leftists are just trying to destroy this nation.

It makes great sense to progressives, democrats as they search for excuses.

What a shame, the go to, premier news outlet turned into a National Enquirer. Will they run the 2 heads cow next???

Will they run the 2 heads cow next???

Excellent. They have reached my expectations.

Will the Men in Black be using CNN as its new source vs. the Enquirer

CNN has more sources for that type of investigative reporting.

CNN and Lawmakers: “We Should Ban all Cars;” We Need to do This! 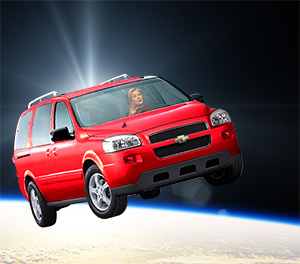 According to CNN, “auto accidents kill too many, we need to ban cars and guns…”

After another tragic shooting in our nation, CNN and others are pushing to ban all guns. A talk on gun control between two high school students after the fact was caught on video subsequently gained viral status.

The video of the argument between two students on the topic of gun control left a liberal student obliterated in the debate. Faced with the fact that an exponentially higher number of people die of auto accidents every year than from gun violence, the student conceded the argument.

Having seen the video himself, Anderson Cooper, head anchor of CNN said that: “the student brought up some good points about how car manufacturers are responsible for so this many murders and are allowed to get away with it. This is why we as Americans need to step up to the plate and help prevent mass car accidents.”

In response to this, Lawmakers in D.C. proposed a bill that would ban the production, distribution, and registration of new cars. California Senator Buddy McTickles said, “It’s really convenient for us that the constitution isn’t in the way of this one. There isn’t an amendment that ensures the right of the people to own cars.”

Senator McTickles also said that: “The rate of car-accident-related deaths are significantly lower in countries that don’t have cars. Since we are experiencing too many teen-deaths related to car accidents, we are responsible for protecting our kids.”

Today, companies like Ford, Chevy, and Nissan were under fire from mainstream media for how many “murders” they have been able to “get away with” in the past years. According MSU, 40,000 people a year are killed by cars and manufacturers continue to make them and sell them even though they’re causing so many deaths. If not ban all cars, we need to have extensive background checks and psychiatric evaluations for anyone wanting to buy a car in the US.

Car Violence continues to be a problem, 67% of all car violence happens because of teenagers. This is why we need to raise the legal age to drive from 16 years old to 21 years old. “it only makes sense,” said one individual, “It’s smart to try and reduce the amount of cars, it will reduce car violence.”

What will YOU do to protect YOUR family???

Does this make sense to anybody?

Of course it doesn’t. I didn’t even join facebook until about six months before the election. I remember incessant pro-Hillary propaganda, I’ll bet she spent 100 times whatever was spent by Russia on facebook. Most normal people probably just tuned it out, it was obnoxious and non-stop. Whatever Russia did was trivial compared to our homegrown propaganda.

Kids dumped it years ago.

I came way late in the game, being a geezer mostly ignorant of social media, and tired of it after about a year. Seeing people’s pictures of the meal they are eating at a restaurant bores me. I did reconnect with some old high school chums, and a couple of them unfriended me when they found that I wouldn’t take their insults of Trump supporters meekly.

My daughter use to do facebook but she got out of HS grew up and said it was boring.