“The white nationalism of fundamentalism was sleeping there like a latent gene, and it just came roaring back with a vengeance,” says Thornbury. In Trump’s America, “ ‘religious liberty’ is code for protection of white, Western cultural heritage.” 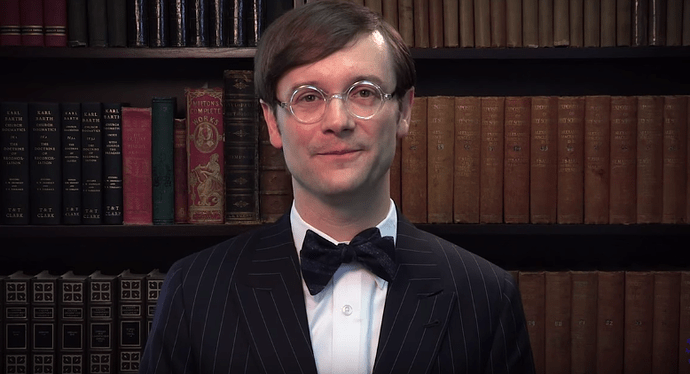 Conversely, you could say that LGBT is code for Satanism.

We can all play that game.

And this is how we win

They crossed a bridge too far

Excellent! Absolutely excellent. Now everyone is a nazi

The writer of the article seems more concerned about winning the approval of leftists and thus proving himself socially acceptable than any other issue, religious or otherwise.

White Nationalism aka: Working for a living, establishing a stable ( female mother & male father ) home life, teaching children the value of honor, integrity, honesty, fair play, positive contributions to their country; and that the world does not owe them a living. The exact opposite of what our resident degenerates preach.

Yes, I noticed that, too. There are a massive amount of “conservatives” who bow and scrape to the Left. Do we ever see the Left doing that for conservatives?

There must be a limit to the bowing. My father told me: If you allow yourself to be beaten down once too often, you will reach the point where you can no longer get back on your feet. Civil wars have surfaced from situations as stressful as what we are dealing with. I feel the very life of my country is on the line; and our libs continue to grease America’s slide into Hell.

It does amaze me the power of the left and the absolute fear they have instilled in people. The fear isnt unprecedented by any means as they have literally weaponized the words bigot, racist, homophobic to destroy peoples lives and quite frankly force many people to take their own lives. We aren’t too far from the left being given free passes on murder for who they perceive to be a racist, bigot or homophobe in my opinion. Many say this couldnt happen here in murica! It is happening, look towards Portland and California which are the canary in the coal mine for liberalism revenge

What the hell?!? Is everything just a code word for white nationalism now! WTF! Are they just trying to push us to the point where we all just collectively lose our minds and react? That’s what it seems like to me what is everyone else think.

Even that acronym is a code word for white supremacy. World Tennis Federation. Tennis is a white man’s game.

And that make you a racist.

Tennis is a white man’s game.

First I’ll tell it to someone whose humor-detector doesn’t need recalibrating.

(I think that claimed to be a code, too during the Kavanaugh hearings, wasn’t it?

Why can’t we all just be comrades???

Do we ever see the Left doing that for conservatives?

No. You don’t. Why would we want the approval or validation of conservatives for anything? Conservatives do nothing but get in the way of progress.

Conservatives do nothing but get in the way of progress.

Did you fly your rainbow kite this morning? Here is how it works, if you fail to convince me or any other people who might disagree with you on policies you support then ultimately you fail at the ballot box. In other words, making statements about conservatives offering or doing nothing is not an argument, but more whining on your part because its about your feelings instead of the substance of an argument!

The Williams brothers?
They give femininity a bad name, just like Michael Obama.

So what is “religious tolerance” a codeword for?

There’s probably a lot more, but nobody in the (((media))) talks about that.