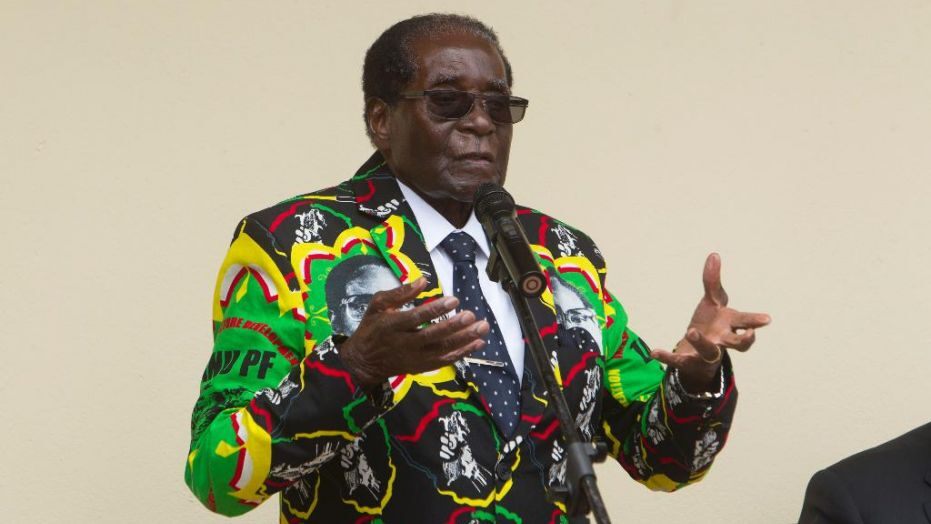 Mugabe was a communist general who got all the funding, all the equipment, and all the men he needed to destroy Rhodesia, in the name of decolonization, diversity and multiculturalism.

After a brutal and bloody 10-year war, he got his wish and Rhodesia was no more.

When Mugabugubambashakazululol “won” the first “election” he was tasked with maintaining whatever whitey had built, and he managed to destroy it instead. He stole land from white farmers and genocided remaining whites throughout Zimbabwe.

In the last 10 years, Zimbabwe became the biggest joke of a country in human history, bigger than what the MSM pretends North-Korea is. All because some commie sub-IQ African was tasked by some friendly merchants to fuck it up.

I hope everyone in Zimbabwe starves and dies. 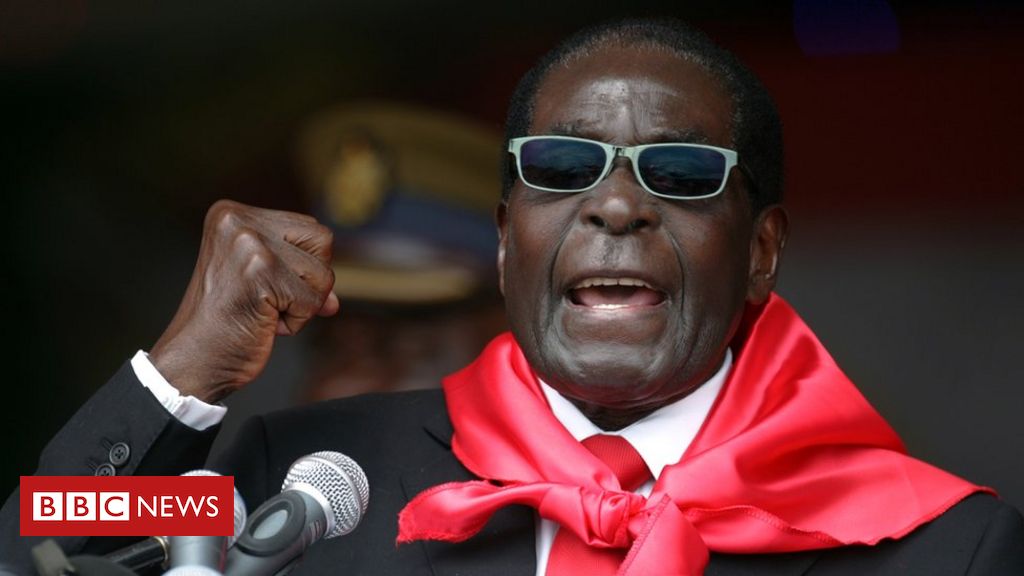 One of Africa's best-known figures went from being an icon of independence to authoritarian president.

Wew - look at the BBC shill for a murderous dictator that took Zimbabwe (Rhodesia) from a prosperous nation to a bankrupt genocidal shithole.

This is what happens when a primitive knuckle dragging cretin, with the IQ of a turnip, takes over. Look at South Africa. Heading back to the Stone Age at Light Speed. This is the genius of the new order ( black rule ) in South Africa: Let’s kill all the white farmers who feed our country. NEED I SAY MORE?

Zimbabwe, when it was once called Rhodesia, was the richest country in Africa.

Then Mugabe seized power, forced all the white farmers to flee, and the country is now the poorest on the continent, with chronic famine and violence. Will the Obamas attend his funeral and praise him as a great man?

Good riddance. Maybe his starving people can eat his corpse.

How about those ridiculous statements that his fight against "colonialism " helped South Africa’s fight against Apartheid.
He was a good man and a skilled negotiator while pointing a gun to your head. His taking the farms from white people did a lot in improving the ability to feed people.
He may have been good next to Idi Amin, but who wouldn’t.
Look out for the TV commercials for donations to the U.N by Liberal CRYBABIES , with video of malnourished children, malnourished mothers that can’t breast feed babies begging for our money.

Should be a ‘nuanced’ (read lionizing) account of his time in power on CNN and MSNBC this evening. “He was a misunderstood man, a good man, an aspiring rapper, was getting his life together…”

I hope everyone in Zimbabwe starves and dies.

I’m with you 100% on this. They thought it was a cute idea to massacre whites and take their farmland from them. Little did they know that it actually takes a lot of skill to farm at a country level. They fucked themselves and they deserve whatever comes next.

S. Africa is not far behind. Remember the line in Invictus-
High School Boy Rugby Player: [seeing passing motorcade] Who is it, sir?

High School Rugby Coach : It’s the terrorist Mandela, they let him out. Remember this day boys, this is the day our country went to the dogs.

It’s moved slower than the cognition of a vuvuzela enthusiast, but it’s coming, and White farmers need to salt their fields after the next harvest, then leave it to the devils who take the land.

As bad as Mugabe was his successors have been worse.

The Afrikaners will not go quietly.

One word as to causation, “corruption”.

What a lousy obit in our local paper saying he LIBERATED Rhodesia from white minority rule…His rule RUINED a mineral rich country , forcibly took white owned farms created unimaginable inflation. What a Liberator. He took them almost back to hunter gatherer status.Yet. Black African leaders praise this savage who was one step short of Amin.
Wait till the Congressional Negro.Caucus returns . They’re probably already writing a resolution to have flags at half staff and have his Birthday a National Holiday.
They should throw his body to the crocodiles unless his body would poison them.

Not just mineral rich, it was number two agriculturally in Africa only behind the RSA.

In a decade they went from being one of the largest ag exporters in the world to widespread famine and starvation because once the farms were taken from the white farmers the collectivists had no clue as to how to operate them.

You should write to your paper straightening them out with facts and figures. How inept can a reporter be.