What Have We Done?

Joseph R. Biden was just inaugurated as the 46th President of the United States yesterday. I have nothing further to say about this historical event attended primarily by 26,000 National Guard Troops, FBI, NSA, CIA Operatives.

That fact alone is a very telling story. Apparently, additional security was deemed necessary for a President-Elect who received allegedly 80 million votes, more than any other person in the history of our country. All of the “peaceful riots ” throughout the summer and Fall, where stores and businesses were looted and destroyed, monuments toppled and police and citizens were killed, did not require the assistance of armed troops to quell these “activities”.

I also will not comment on the 17 Executive Actions signed by our new President on his first afternoon in office. None of these offer any hope or unity nor are they of any benefit to the American people or to America. Indeed, they will drive us further downward.

But here are some lessons we can learn from the new change in leadership to the America we know:

Perhaps now you understand why there was never any action against the Clintons or Obama, how they destroyed emails and evidence and phones and servers, how they spied and wiretapped, how they lied to the FISA Court, had conversations on the tarmac, sent emails to cover their rears after key meetings, how Comey and Brennan and Clapper never were brought to any justice, how the FBI and CIA lied, how the Steele Dossier, paid for by Hillary Clinton, was passed along, how phones got factory reset, how leak after leak to an accomplice corrupt media went unchecked, why George Soros is always in the shadows, why Mitt Romney and Paul Ryan and George Bush and John McCain were all involved, why they screamed Russia and pushed a sham impeachment, why no one ever goes to jail, why no one is ever charged, why nothing ever happens.

Perhaps now you know why there was no wrongdoing in the falsification of the FISA Warrants, why the Durham Report was delayed, why Hunter Biden has not been charged, why the FBI sat on his laptop for almost a year while Trump was being impeached on fictitious charges, why the Bidens’ connection to China was overlooked as was unleashed the perfect weapon, a virus that was weaponized politically to bring down the greatest ever economy known to man and at the same time usher in an unverifiable and unnecessary system of mail-in voting that corrupted the very foundation of our democracy.

Maybe now you can understand why the media is 24/7 propaganda and lies, why up is down and down is up, right is wrong and wrong is right, why social media can now silence the First Amendment and speak over the President of the United States.

This has been the plan by the Deep State all along. They didn’t expect Trump to win in 2016. He messed up their plans, and delayed them a little….four years to be exact. They weren’t about to let it happen again. Covid was like manna from heaven for democrats and the socialist left, it was a tool to inject fear into all Americans and it was weaponized.

Governors who shut down their states and crumbled their economies out of fear. The media, never to let a good crisis go to waste, helped shame and kill the economy, and the super lucky unverifiable mail-in ballots were just the trick to make sure the 47-year career politician, allegedly with hands in Chinese payrolls, the man that couldn’t finish a sentence or collect a crowd, miraculously became the most popular vote recipient of all time.

You have just witnessed a silent, bloodless coup, the overthrow of the US free election system, the end of our Constitutional Republic, and the beginning of the downward slide of capitalism and the free enterprise system into the abyss of socialism and communism. What a remarkable achievement!

We have sacrificed the greatest engine of freedom, growth, and prosperity known to man on the altar of ignorance and totalitarianism.

What will happen next? Well, here’s a brief list:

· Expect the borders to open up. Increased immigration.

· Expect agencies like CBP and INS and Homeland Security to be muzzled or even deleted.

· Elimination of the electoral college will be attempted.

· History as we know it will be erased. Our children will no loger study the American Revolution, the Civil War, World War I, II, Korea or Vietnam. These will be replaced with classes on “ white priviledge”, “how American racism stole lands from native Indians ” and the “ need for racial equity ” because America is a terrible nation.

· The Supreme Court will be packed with liberal judges.

· Your 2nd Amendment will be attacked and there may be a gun confiscation or gun buyback programs enacted and you will find it difficult to own a weapon…and ammunition of any kind.

· If you have a manufacturing job or oil industry job, get ready to be unemployed.

· If you own and run a business, brace for the impact of higher taxes and more governmental regulations.

· Maybe you’ll be on the hook for slavery reparations, or have your suburbs turned into Section 8 housing.

· Your taxes are going to increase dramatically and businesses will pay more.

· We will be paying more for gasoline at the pump and we will soon find ourselves once again dependent on foreign oil.

President Trump made us energy independent. For the first time in our history, the USA became an oil-exporting nation. Biden’s illogical and corrupt dismantling of the Keystone Pipeline not only displaced 42,000 high-paying union jobs but now Canada will sell the oil in Alberta BC to China while we search for new supplies at higher prices. Well done Joe!

In a couple of years, we will see the onslaught of inflation, high unemployment, less productivity as more and more people become dependent on the government for subsistence, all of which is the natural course of socialist economies.

America will be overtaken by China as the largest economy in the world and, because we have become so complacent, we will find ourselves in the middle of great turmoil and upheaval with lots of civil strife that will make 2020 look like a walk in the park.

I could go on and on. There is no real recovery from this. The national elections from here on will be decided by New York City, Chicago, and California. The Constitutional Republic we created will be dead. Mob rule and appeasement will run rampant. The candidate who offers the most from the Treasury will get the most votes. But the votes cast won’t matter, just the ones received and counted. That precedent has been set.

Benjamin Franklin was walking out of Independence Hall after the Constitutional Convention in 1787, when someone shouted out, “Doctor, what have we got? A republic or a monarchy?’”

Franklin responded, “A republic, if you can keep it.”

Ladies and gentlemen, we have now lost the Republic our forefathers bequeathed to us, the Republic we fought and bled for these past two hundred and forty-five years. Some of you are wondering how this came to pass. The answers are indeed quite simple. We did it to ourselves:

· We turned from God. We erased God from our halls of Justice and the Town Square.

· We turned from family.

· We turned from our country, our Flag, our Monuments to our leaders who paved the way. We denigrated all of these with revisionist history and the tearing down of monuments to our civilization and way of life.

· We replaced achievement and recognition by embracing “ participation trophies ” so that our children can all feel a sense of accomplishment even when there was none.

· We embraced degeneracy culture, inviting pornography into our laptops and living rooms.

· We became some infatuated with technology that we lost the human touch…we found it easier to send emails or facebook or twitter posts to a friend or co-worker ten feet away from us rather than walking over to chat with them. We have, in essence, become too high tech and low touch . It sort of begs the question… what does it matter if we wire the entire world if we lose our immortal souls?

· We celebrated and looked to fools as our heroes, comedians whose idea of a joke is holding up a bloody head of our President. That’s not funny. It’s sad.

· We worshipped ourselves selfishly and took for granted what brave men and women fought and died to give us. Their sacrifices are no longer valued, replaced instead with scorn because they may have committed “ transgressions measured by today’s standards, not theirs ”.

We disregarded history and all it teaches.

On our watch, America just died a little. It’s likely she’ll never be the same again. Not until the 74 million Americans who voted for President Trump stand up and shout “we will no longer tolerate this and we want our country back ” and do something about it.

For starters, get off Twitter and Facebook and refuse to be a part of their efforts to disrespect the First Amendment. I did. And I don’t miss it at all. If companies want to insult all the people who supported President Trump by denying them jobs, fight back. Don’t buy their products. Shun them. Until we take those steps, they will continue to wield their power, but the ultimate power is in your hands…the power of the consumer.

We did this to ourselves. We made our bed, now we have to sleep in it….until we get off our asses and remake it. Some of you have no idea what you’ve done. You know now. It is time to do something about it. Sadly, some of you do know what you have done. To them, I say…if you kick a dog long enough, pretty soon he’s gonna bite. I am tired of being kicked and insulted and disregarded as if I don’t matter. We do matter. 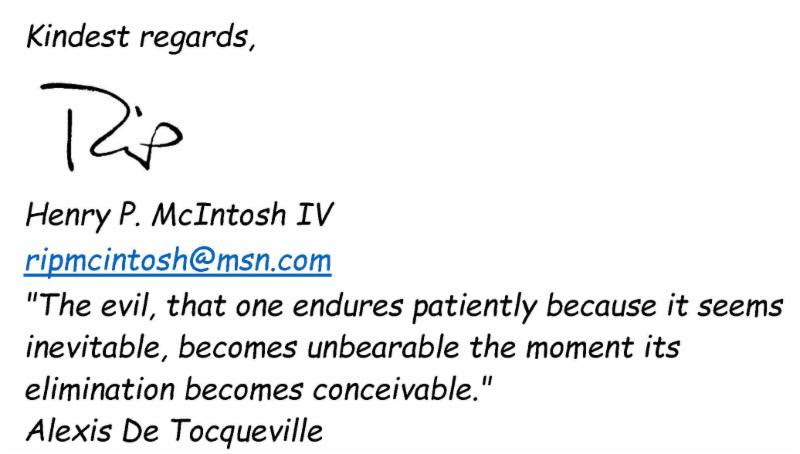 Pretty awesomely stated and accurate with every “T”crossed and “I’s” dotted it is complete and to the point!

That is as on point as it could be. Too bad some won’t be able, or will be unwilling to grasp the gravity of it.

You are correct. Liberals maintain their existence in their own personal safe spaces by not reading, viewing or listening to anything that does not fit with their warped sense of realty.

Same old same old, cries that the sky is falling because a democrat has been elected. We Americans repudiated the nastiest pos to ever hold high office and we’re going to make sure he’s never back and his deplorables are driven back into the cracks and shadows of the woodwork from which they emerged, emboldened by him…

Yep it’s going to be a difficult task trying to turn around a pile of losers
hell bent on destroying our constitution and our freedoms… for what…
WHO KNOWS…these POS are now so venomous they infect
everyone they come in contact with with crazy shit ideas…but we can do it
The bright side is in 4 more years Democrats will have many millions more
that can vote…l. graham was right in what he said… we will never again have
a republican president unless we change the laws…na lindsey we aren’t
changing any laws so a republicon president can be elected!!