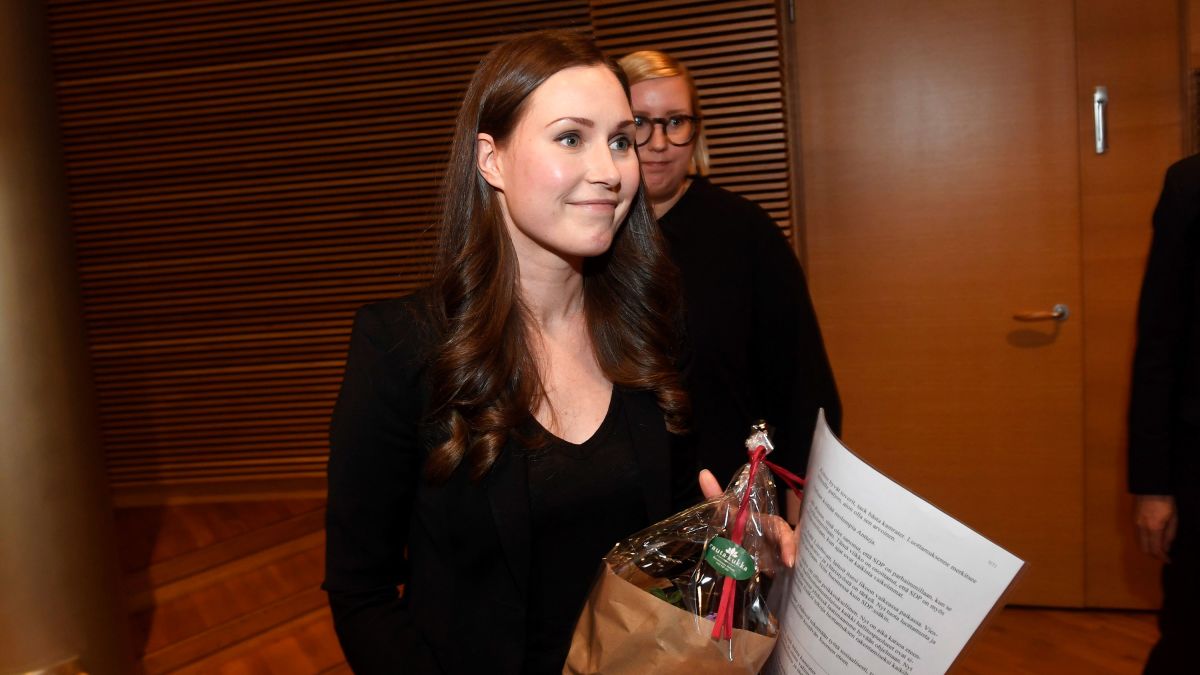 The people of Finland just elected all hardcore female leftists. Their next Prime Minister is a Finnish version of AOC. The only job this girl had before coming Prime Minister of Finland was working in retail. I hope everyone in Finland is prepared to receive millions of migrant hordes and prepared to turn their country into an abolute third-world state on their quest to solve the “climate crisis” that Sanna Marin is obsessed with.

Finland - you are an absolute joke.

HELSINKI, Finland — Sanna Marin, 34, is set to become the world’s youngest sitting prime minister when she is sworn in this week in Finland, after being elected to the position by her party late Sunday.

The country’s coalition government consists of five parties, four of which are led by women, with Ms. Marin now at the helm.

“The past week has been extraordinary,” she told reporters, according to Helsingin Sanomat, a leading Finnish newspaper. “Now is the time to look ahead. What is needed now is action beyond words to build trust from all government parties.”

Formerly the country’s transportation minister, Ms. Marin was voted in by fellow lawmakers in her Social Democratic Party after a turbulent week in which Prime Minister Antti Rinne resigned over his handling of a postal workers strike.

Although Mr. Rinne will continue as head of the party, Parliament is expected to confirm Ms. Marin as prime minister as soon as Tuesday, depending on how quickly the other coalition parties name their ministers. Once sworn in, she will be Finland’s youngest prime minister to date and its third female prime minister.

Ms. Marin, a left-leaning liberal, has been a member of Parliament since 2015. She began her political career in 2012, when she was elected to the local council in the southern city of Tampere. Most recently she was minister of transportation and communications in Mr. Rinne’s government.

Serving as Mr. Rinne’s deputy when he took an extended sick leave earlier this year, she helped lead their party to a narrow win in national elections.

Alexander Stubb, who was Finland’s prime minister from 2014 to 2015, posted on Twitter that having a government led by women “shows that #Finland is a modern and progressive country.”

“One day, gender will not matter in government,” he wrote. “Meanwhile pioneers.”

Of the five women in leading ministerial positions in the coalition, four are under 35. Asked about her age after it was announced that she would be prime minister, Ms. Marin reiterated what she has said numerous times: Age doesn’t matter.

“I have not actually ever thought about my age or my gender,” she said, according to the national news outlet YLE. “I think of the reasons I got into politics and those things for which we have won the trust of the electorate.”

Ms. Marin won the leadership vote by a small margin, and her skills will be put to the test immediately as the country heads into a season of labor negotiations with the potential for strikes. Her predecessor, Mr. Rinne, was ultimately forced out of office after he made comments about a plan to cut wages for postal workers and his coalition partner, the Center Party, said it had lost confidence in him.

Despite his resignation, the coalition’s parties will remain unaltered: Ms. Marin’s Social Democratic Party as Finland’s biggest, the Center Party, the Greens, the Left Alliance and the Swedish People’s Party of Finland.

The Social Democratic Party will vote at its convention next June to determine whether Mr. Rinne will continue to lead the party or whether Ms. Marin or someone else will formally take over. 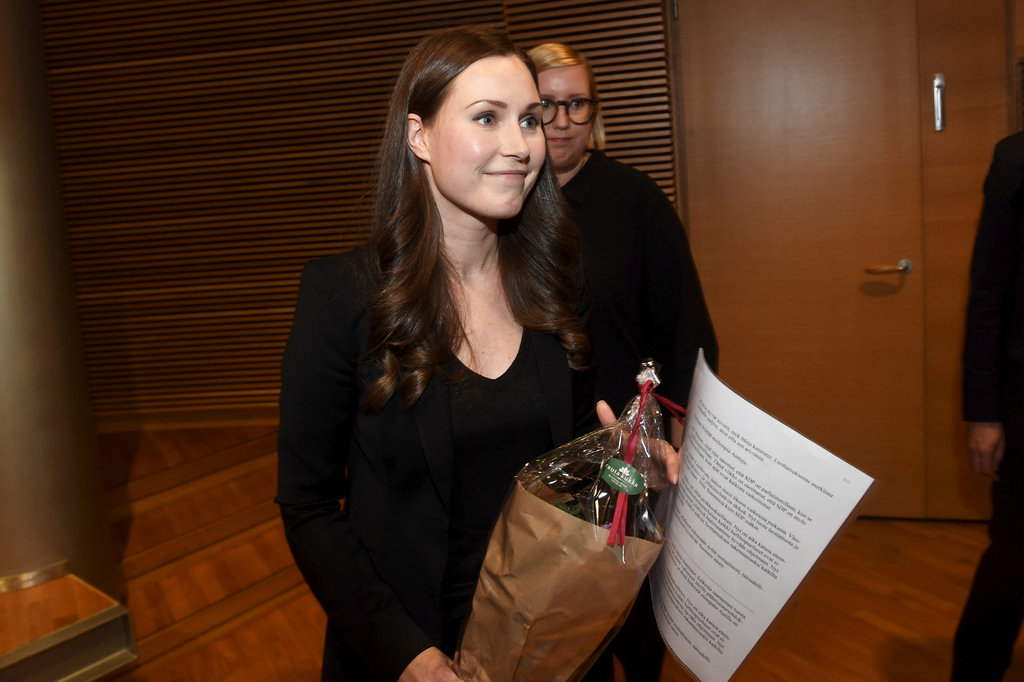 At 34, Ms. Marin will head a coalition made up of five parties, in a government led by women.

The people of Finland just elected all hardcore female leftists.

Yep - Finland is now going to get into competition with Sweden to see who can collapse the fastest. 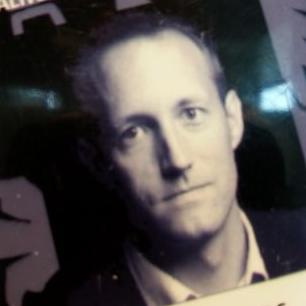 It’s the same situation in Scotland, with every party leader being a woman and/or homosexual.

Are they all childless?

All the babies in Africa are their children. Open your mind, you regressive evil White man!

She’s real nice to look at but I think the country of Finland is in for a rude awakening.

What are these people thinking? I worked a cash register once too and I have nothing against anyone who does so, but working a cash register didn’t qualify me to be the leader of a country. The other problem is this girl doesn’t even realize that and the morons who voted for her don’t realize it either. She’s full of herself and everyone that put her in office is just gassing up that big ego of hers. I give it 3 months before Finland is in a total crisis.

So the majority of Finland’s population are morons. And how is that different than referring to half of Trump supporters as deplorables?

Trump supporters didn’t elect a little girl who has only ever worked a cash register before. They elected a successful businessman. On a smaller scale, the morons in New York elected a bartender who proves that she’s an absolute idiot every single day, which is great for entertainment purposes. This would be like electing AOC as president of the United States.

This thread isn’t about Trump and your obsession with him though so why don’t you try to stay focused on Finland and the problems that they are about to have by electing a little girl who doesn’t know anything other than how to push buttons on a cash register.

Formerly the country’s transportation minister, Ms. Marin was voted in by fellow lawmakers in her Social Democratic Party after a turbulent week in which Prime Minister Antti Rinne resigned over his handling of a postal workers strike

I love how they still go on and on about “genders” in politics when their country is led by 5 women. I thought it was only a social construct, and you can be whatever on the spectrum you want to be

“One day, gender will not matter in government,” he wrote. “Meanwhile pioneers.”

Trump supporters didn’t elect a little girl who has only ever worked a cash register before. They elected a successful businessman.

If repeated bankruptcy’s, stiffing his creditors and contractors is your measure of success, I suppose so.

I am, you’re the one that went on a diatribe about how wonderful and qualified you think Trump is after I asked you about your disparaging the majority of Finland’s voters.

Every country has to have a mommy ruler to make up for all the bad evil daddies throughout history. These mommies will ensure all the brown and black babies are taken care of.