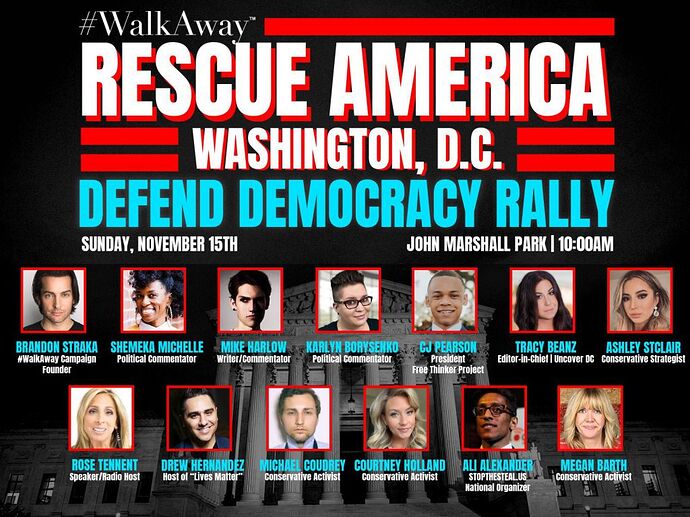 After Antifa and BLM got their asses kicked last night in DC, another rally is scheduled for this morning and no one participating in the rally is in the mood for any more unprovoked attacks against innocent people by radical left-wing terrorists.

Get the popcorn ready, after last night no one is going to be taking any shit. 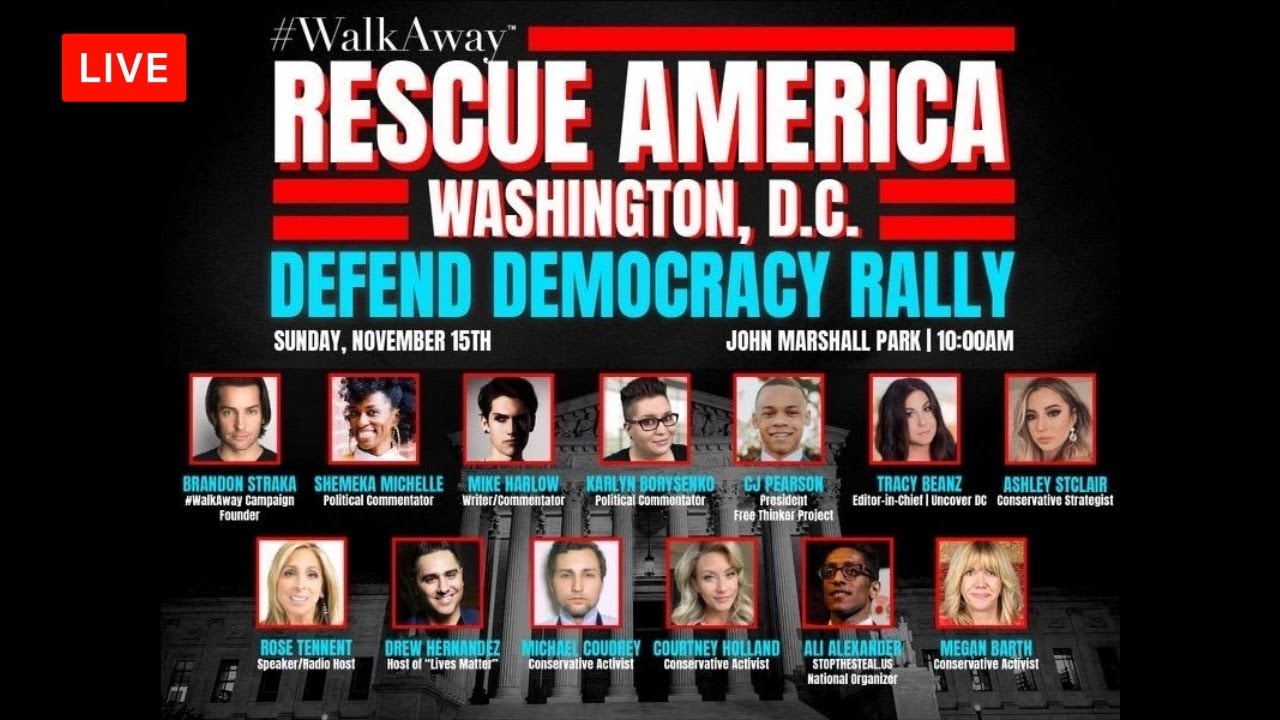 These are a bunch of former leftists. Some of the speeches have been cringe but the Antifa/BLM attacks…and the fighting back…will be kino.

These types of rallies serve no purpose other than to divide America. They won’t change the outcome of the election. It’s over and it’s time for President Biden to heal this country. Republicans need to end the divisive rhetoric and the hate speech, immediately.

I do agree that America needed to be rescued. Thankfully, that happened on election night. President Biden and Vice President Harris will put us back on the the right path.

A rally by a bunch of obvious grifters. Both sides have grifters but Republicans seem to be the only ones dumb enough to put them on a pedestal and defend them. Not surprising at all.

Are you still fapping to those Hunter Biden dick pics?

Are you still jealous that Hunter Biden has sex? Life must be tough as an incel.

Yes onto a path of a greater DEPRESSION than the first one.The BI- Racial Harris will spend her term on her knees as the 1st Fellatious.

President Trump could have done alot more if he didn’t have to defend himself from a 3yrSABOTAGE by SHTTY SCHIFF who spent 30 million TAXPAYER dollars on an investigation that didn’t have one MOLECULE of collusion evidence. How was that good use of OUR money.

I thought you guys were the party of personal responsibility

Just you wait Ching Chong. You think your DNC clowns are going to have an easy time?

From what I saw last night a bunch of fascists got bashed by the anti-fascists. It wasn’t until the racist thugs showed up and ambushed the anti-fascists that things took a turn. That won’t happen again. Good night right side. 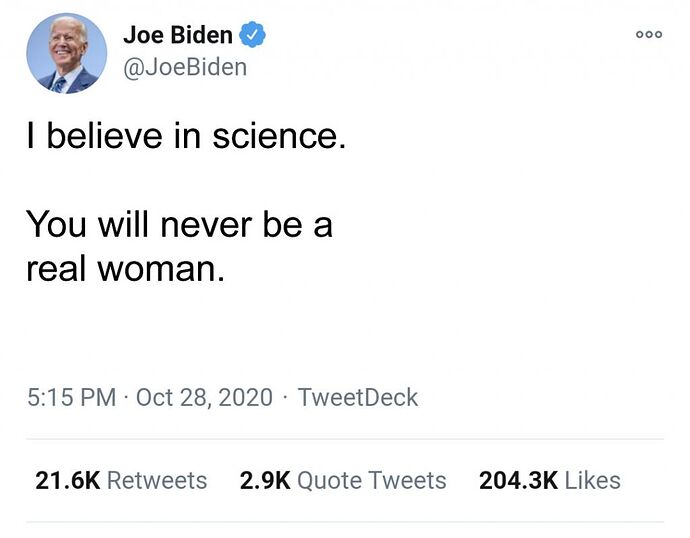 Hey cupcake, when they start their “peaceful” riots, and come to our houses, that’s when when you and your ilk will truly see what you are up against. That St. Louis couples problem was not shooting.

Let them defund the police.

We know and have the means to protect ourselves and our property.

The left will suffer.

Yeah ok! After 4 years of divisiveness, burning looting and violence against Trump and his supporters suddenly everyone is supposed to rally around your corrupt candidates? Stop! Your are making my stomach hurt from laughing so much!

Turn about is fair play! Remember it was your side who started the division and now you will be forced to live with your actions not your PlayStation where you get another imaginary life and everybody is ok to forget!

You will still never be a woman.

Wow from the demonstration party of the US.

If you didn’t want a divided nation perhaps you should have accepted Trump as president 4 years ago.

This site has boom over run with trolls from the left seeing to do nothing but piss people off. Great way to heal the nation.